The World Bank has warned that Thailand's average annual economic growth will be stuck below 3% if there is no significant increase in investment and productivity growth. (Bangkok Post photo)

The World Bank has warned that Thailand's average annual economic growth will be stuck below 3% if there is no significant increase in investment and productivity growth.

The government has worked to ramp up investment from state agencies and enterprises, particularly in big-ticket infrastructure projects and through the targeted 12 S-curve industries, in hopes of triggering an investment spree, improving productivity and boosting economic growth sustainably. 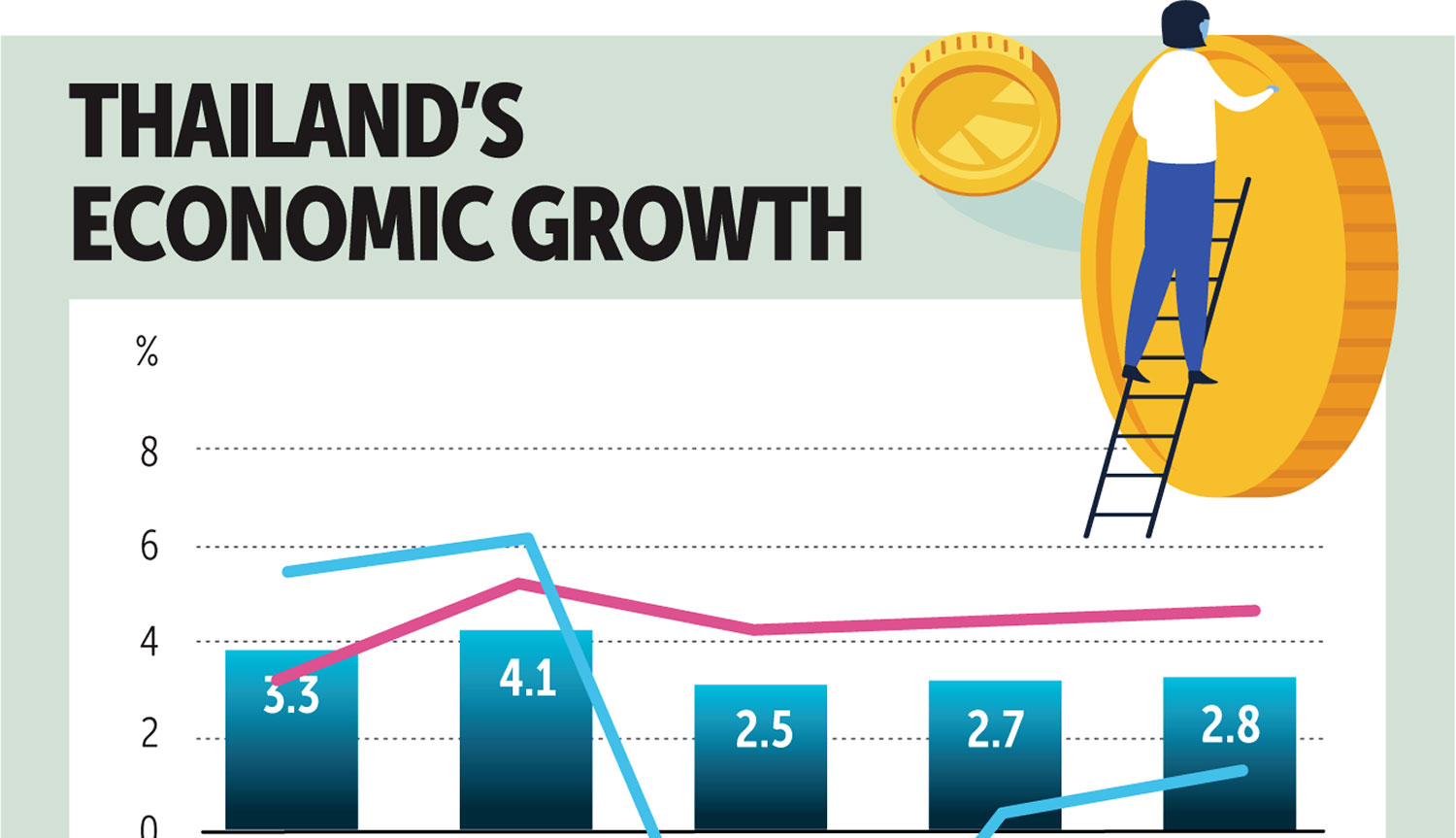 The country's economy grew by 2.5% for the January-to-September period of 2019, dampened by an export slump that stemmed from the global economic slowdown and US-China trade tensions, elevated household debt weighing on domestic consumption and weak investment after a months-long delay in annual budget spending for fiscal 2020.

To become a high-income country by 2037, Thailand will need to sustain long-run growth rates of above 5%, which would require a productivity growth rate of 3% and for investment to make up 40% of GDP, said Kiatipong Ariyapruchya, a World Bank senior economist for Thailand.

"Boosting productivity will be a critical part of Thailand's long-term structural reform," he said. "Increasing productivity, particularly among manufacturing firms, will depend on increasing competition and openness to foreign direct investment and improving skills."

The country needs to develop policies to build skills and human capital for an innovative knowledge-based economy. In particular, Thailand must develop scientific knowledge, which is a barrier to the country's R&D investment.

Thailand's scientific knowledge and skills in the field are inferior to those of peer nations, Mr Kiatipong said.

The World Bank has downgraded Thailand's economic growth outlook for this year to 2.7%, but the latest revised figure is still higher than the bank's growth estimate of 2.5% for 2019.

A pickup in private consumption and investment as large public infrastructure projects are implemented will be the main economic growth driver for 2020, said Ralph van Doorn, a World Bank senior economist.

Public investment would further support growth and investors' sentiment in the short and medium terms if accompanied by greater efficiency in public investment management, he said.

Risks to Thailand's economic outlook stemming from both external and domestic factors persist.

The trade tensions between the US and China and trade policy uncertainty, a sharper-than-expected downturn in major economies and financial turmoil in emerging markets and developing economies will continue to be external key risk factors impacting the economy this year.

Last October, the World Bank predicted Thai economic growth of 2.7% in 2019 and 2.9% in 2020. The growth forecast for Thailand this year is slightly higher than the 2.8% predicted by the Bank of Thailand but below the 3.3% projection of the Finance Ministry's Fiscal Policy Office.

The World Bank predicts that the global economic growth rate for 2020 will edge up to 2.5%.

The baht, which has appreciated by 8.9% since last year, has also dealt a blow to international tourism and merchandise exports, the World Bank said.

The government has responded swiftly to the growth slowdown, through accommodative monetary policies and a fiscal stimulus package to boost economic growth.

Going forward, the report recommends the Thai government to consider policies to enhance the effectiveness of the stimulus by focusing on implementing major public investment projects, improving the efficiency of public investment management and providing social protection coverage for vulnerable families.

He expects the central bank's rate-setters to keep the policy rate on hold at 1.25% throughout 2020, but the rate could be cut once if the economy deteriorates more than expected.