Mrs Kessara was an academic lecturer before taking an executive post in the family business.

For Sena Development Plc, Kessara Thanyalakpark seems to embody the company from a customer perspective. She always appears in advertisements for Sena's real estate projects and represents the company as a property expert.

The SET-listed firm is largely owned by the Thanyalakpark family, and Mrs Kessara's father, Theerawat, is founder and chief executive of Sena, established in 1993.

Dr Yui, as everyone calls Mrs Kessara, is Sena's deputy chief executive. She was compelled to take charge of the company's top management after Mr Theerawat was stricken with a serious illness.

Mrs Kessara, 45, was an academic lecturer in Chulalongkorn University's Faculty of Commerce and Accountancy before beginning her career at Sena.

"I chose to be a university lecturer, then pursued further studies at the master and doctor levels in the US under a Chulalongkorn scholarship," she says.

Mrs Kessara earned her doctorate when she was 25. Her academic achievements did not stop there: she was promoted to assistant professor at 28.

As the big sister of the family, Mrs Kessara could not shirk her obligation to take over her father's work when he was admitted to hospital for treatment of nasal cavity cancer.

"I could not complete two jobs at the same time, so I decided to choose Sena because the business requires concentration," she says. "Although I could not work as a regular lecturer, I still love this duty."

She remains a part-time lecturer and instructor teaching many courses in business, marketing, finance and real estate.

Mrs Kessara says the expertise she gained in academic circles can be applied to her important duties at Sena.

But things are never easy. She had to make adjustments because the responsibilities of a lecturer and an executive are completely different.

"Lecturers are situation controllers, and students have to listen what they teach. Lecturers give grades as well," she says. "Executives have to sell products, and there are many factors that we cannot control. My method is right, but it could be impractical on an operational level, so this method is wrong.

"Circumstances can change every minute, so business executives have to handle many unexpected risks and uncertainties. Each achievement will not come as we wish, but we have to pay for our attempts and efforts to get it." 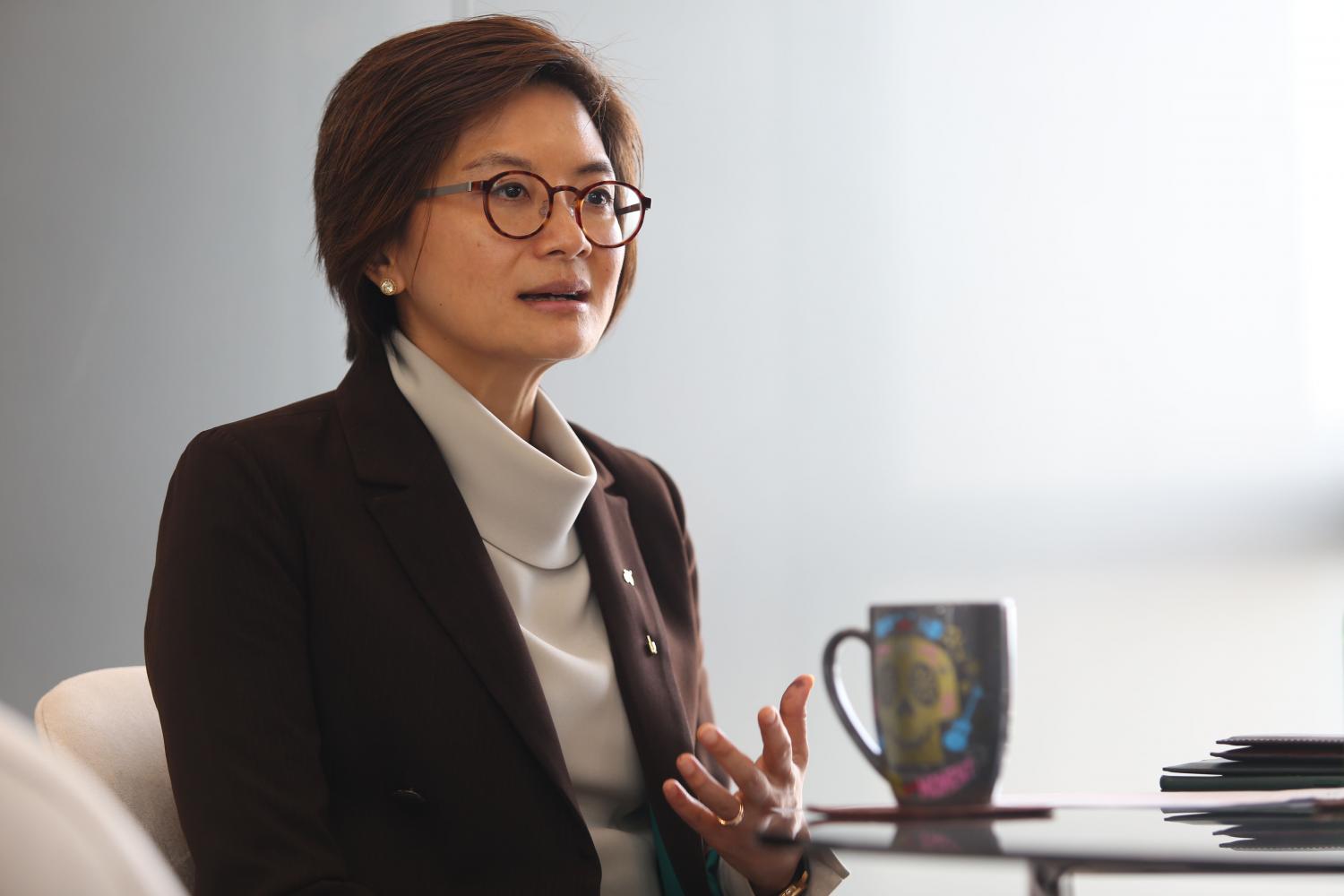 Mrs Kessara says teaching is much easier than business management, as the duties of lecturers consist mostly of reading research papers and textbooks to prepare for classes.

Her management style was copied from her father, who used to be a small merchant of lod chong (rice noodles with pandan juice).

In 1981, Mr Theerawat entered the real estate sector as a supplier of wooden construction materials. In 1993, Krungthep Kheha Group started up as a property developer, then became Sena Development.

"My father always inspires me, and I experienced from the beginning his time as a dessert seller, construction materials supplier and residential developer," Mrs Kessara says. "His thought that I always remember is 'Do not stop fighting until you reach the final round', there is no overnight success.

"He taught me the way of management and working in actual practice, and that there is no perfect result, but we need to pay attention to our efforts with continuous improvement."

Mrs Kessara is one of the few high-ranking female executives among male leaders in the real estate sector. She used to be underestimated as someone who would not be strong enough to carry out such complicated business.

"The real estate sector requires a lot of creativity and design activities to touch buyers' needs," she says. "Someone decides to buy a houses, it means they have to carry long-term debt; meanwhile, a new home means the beginning of a new life. The property developer is not just selling residential units, getting money and going back with massive cash. It is a sustainable mindset."

She says after-sale services are crucial to maintaining a close relationship with residents: "If you treat home buyers badly, the word of mouth will destroy your future."

The property developer must tend to the details of home decoration. Exterior and interior designs must be appropriate to buyers' lifestyles. 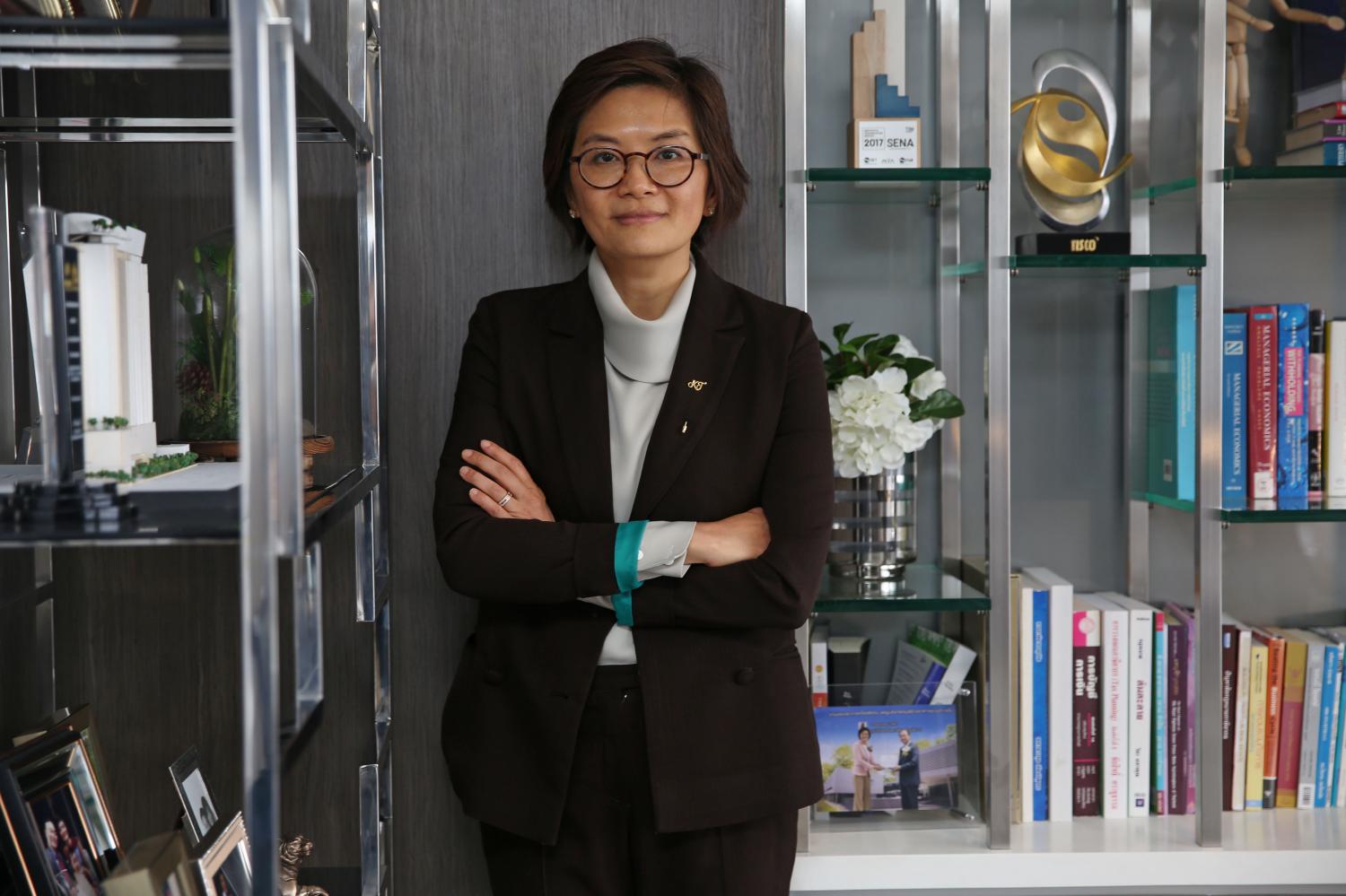 In her capacity representing her father, Mrs Kessara listed Sena on the stock market and raised funds to expand the business in 2009. Since that time, Sena has launched many residential projects, including condominiums, single-detached houses and townhouses.

In 2018, Sena ranked second with launches of nine new property projects worth a combined 22.03 billion baht and offering 6,397 units in Greater Bangkok, according to Colliers International Thailand.

"We paid many millions for media advertisement to promote the project, but no one visited on the first day of launch," she recalls. "I found that Sena had not mentioned the project's location. Even though we had map mobile apps to support our marketing communications, we did not take advantage of them."

She abides by the marketing theory of four P's: product, price, place and promotion.

Sena aims to be the first property developer to install solar rooftops on residential units and charging outlets for electric vehicles as complementary features for buyers.

"Sena has to be a trend-setter in the clean energy," Mrs Kessara says.

Sena Solar Energy Co (SSE) was set up as a wholly owned subsidiary in 2016 with expectations to install solar rooftops and farms totalling 100 megawatts at Sena's residential projects within three years. SSE has assigned a budget of 5 billion baht to install solar panels at properties and buildings to meet the power generation target.

"Solar power for residential projects was initiated after the widespread suffering of the 2011 flood and people in flooded areas having to live without electricity for many months," Mrs Kessara says. "In the beginning when we introduced solar rooftops, buyers were not familiar with this power generation system, so it was not as easy as I thought. Moreover, our sales people declined to encourage buyers to understand solar power because it was very new with low perceptions among Thai people."

She says Sena has to provide information through online media and influencers to promote demonstrations at residential sites. At present, the solar rooftops at Sena residential units can generate electricity of 700 kilowatts, but solar owners must use the power themselves and cannot sell the output to the state grid.

"The next stage of Sena's clean energy will be development of energy storage systems in households," she says. "But we have to wait for a lower cost that middle-income owners can afford. In the future, each residence can consume electricity without the state grid."

But Mrs Kessara says adoption of blockchain to support the electricity trade among consumers is unlikely to catch on because such transactions are still too complex and sensitive for Thais.