Orange, Pink and Yellow mark where developers will place their bets

A construction site of the Orange Line on Ramkhamhaeng Road near Seri Thai Road and Eastern Ring Road and the Lam Sali intersection. The route is expected to open in 2023. Varuth Hirunyatheb

Locations near three new mass transit lines -- Orange, Pink and Yellow -- are the top five hotspots for new condo supply being launched in 2020, with large developers dominating the market.

"Amid unfavourable sentiment and a lot of unsold condo units available in the market, developers want to seek locations in the outer city to offer more affordable condos," he said. "They should be no higher than 100,000 baht per square metre."

According to a Colliers market survey in late 2019, four of the top five locations that will feature a large amount of new condo supply this year will have unit prices of 100,000 baht per sq m or lower. They are Rama IX-Ramkhamhaeng-Lam Sali, Charan Sanitwong Road, Ram Intra Road and Lat Phrao Road.

All except for Charan Sanitwong are near new mass transit lines, including the Orange, Pink and Yellow lines, which will open in 2023, 2021 and 2021 respectively.

In Rama IX-Ramkhamhaeng-Lam Sali, at least six new condo projects with a total of 4,000-5,000 units are scheduled to be launched by big players, including four listed firms: Pruksa Real Estate, Ananda Development, Origin Property and Chewathai.

The other two are Bangkok-based condo developer Parkland and Chinese developer Risland.

In the Ram Intra area, there will be five new condo projects with a total of 3,000 units being launched, with Origin Property one of the key players.

Ananda and Pruksa will dominate locations along the Yellow Line on Lat Phrao Road. The latter has at least two plots of land on both Lat Phrao Soi 48 and in Happy Land to launch new condo projects.

"Some developers are waiting for a new Bangkok city plan to take effect, as locations on Lat Phrao Road will be unlocked and allowed to have more floor area ratio that allows for more construction area," Mr Phattarachai said.

He said locations on Charan Sanitwong Road continue to draw new condo supply. An extension of the Blue Line from Tha Phra to Bang Sue along the road has started a three-month trial run until the end of March 2020 before official operations begin.

Among the top five condo hotspots, Thong Lor will be the only location in a prime area or the inner city where a large amount of new condo supply will be launched this year, as some projects were postponed or put on hold from 2019. 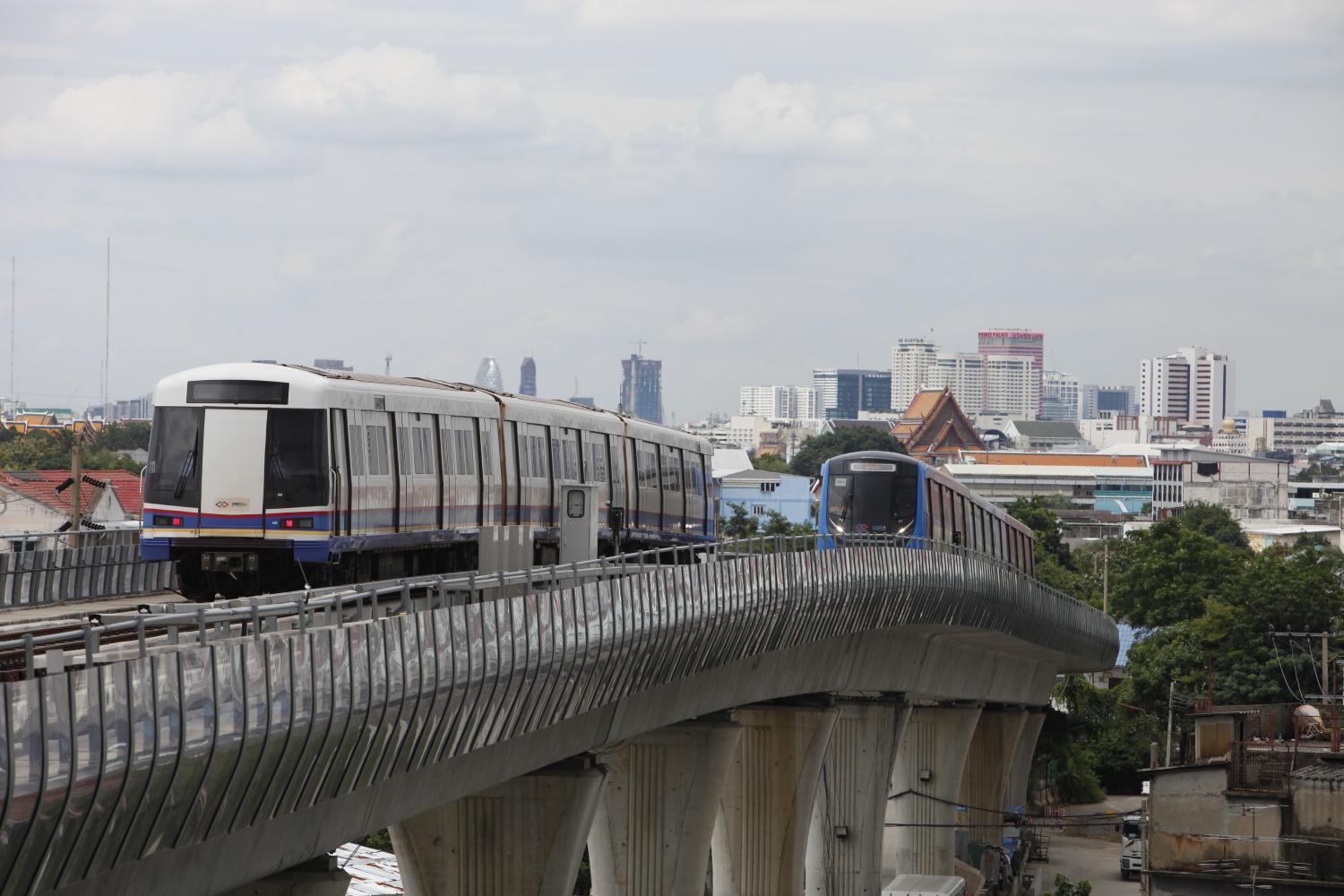 The Charan Sanitwong area continues to draw new condo supply after the extension of the MRT Blue Line. Watcharawit Phudork

There will be at least seven projects from six developers, all of which are listed firms, Mr Phattarachai said.

"Since the condo market slowdown, developers want to ensure that they are confident that locations have demand before buying a plot to launch new condo supply," Mr Phattarachai said.

Vichai Viratkapan, acting director-general of the Real Estate Information Center (REIC), said developers should be more careful of launching new condo supply because the market may be unable to absorb it despite strong purchasing power.

"Potential locations for new supply should have high sales rates and low remaining supply," Mr Vichai said. "Land for new development should have reasonable prices so selling residential unit prices will be affordable."

According to the REIC, Min Buri-Lat Krabang is Bangkok's highest-potential location for new condo supply this year, as the area had the highest monthly absorption rate at 7.2 units per month as of the first half of 2019.

Min Buri will also have two new mass transit lines, the Pink Line from Kae Rai and the Orange Line from Thailand Cultural Centre, which will begin operations by 2021 and 2023 respectively.

Although the Wutthakat-Bang Wa area had the second-highest monthly absorption rate, after Min Buri-Lat Krabang, the location was ranked fifth as the high absorption rate came only in the first half. 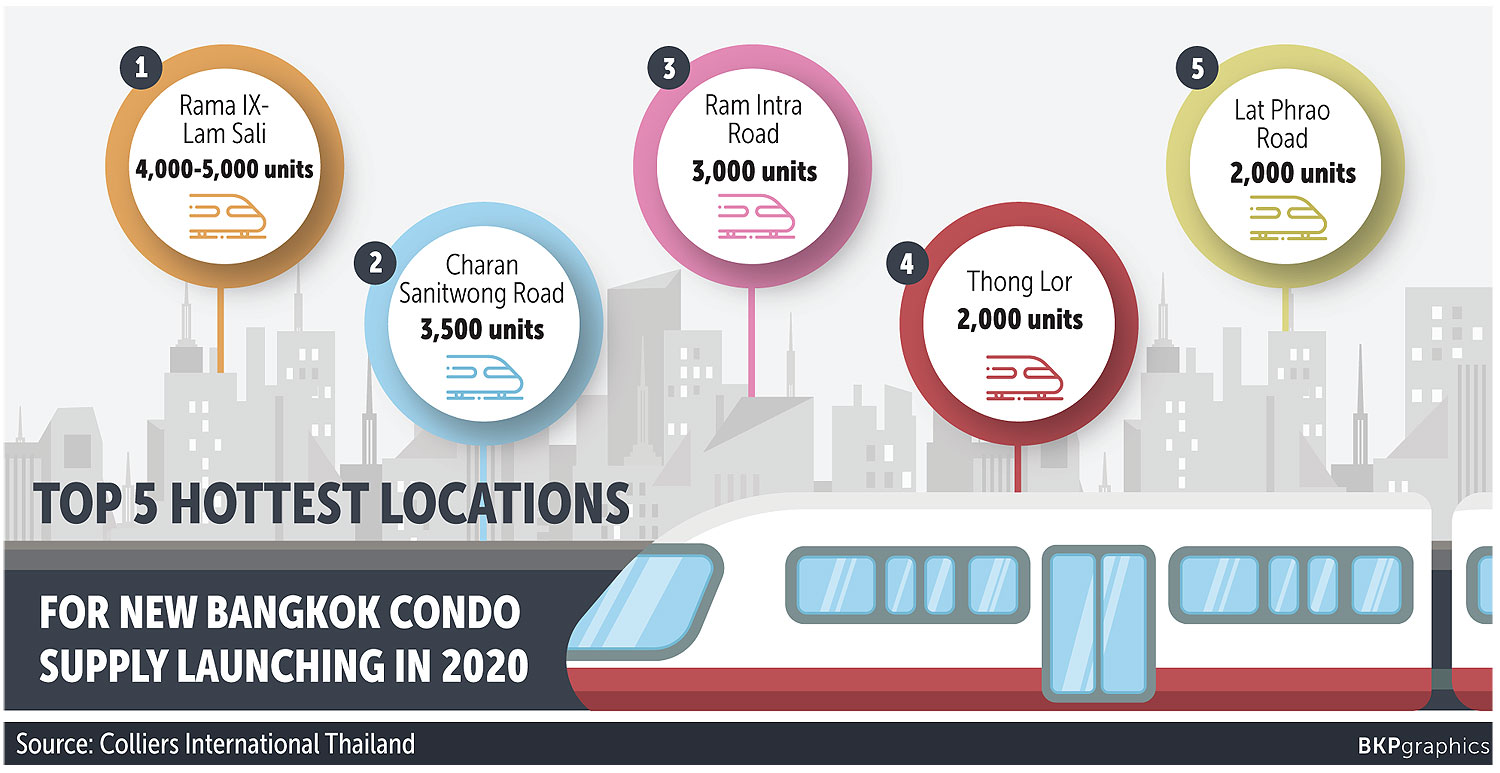 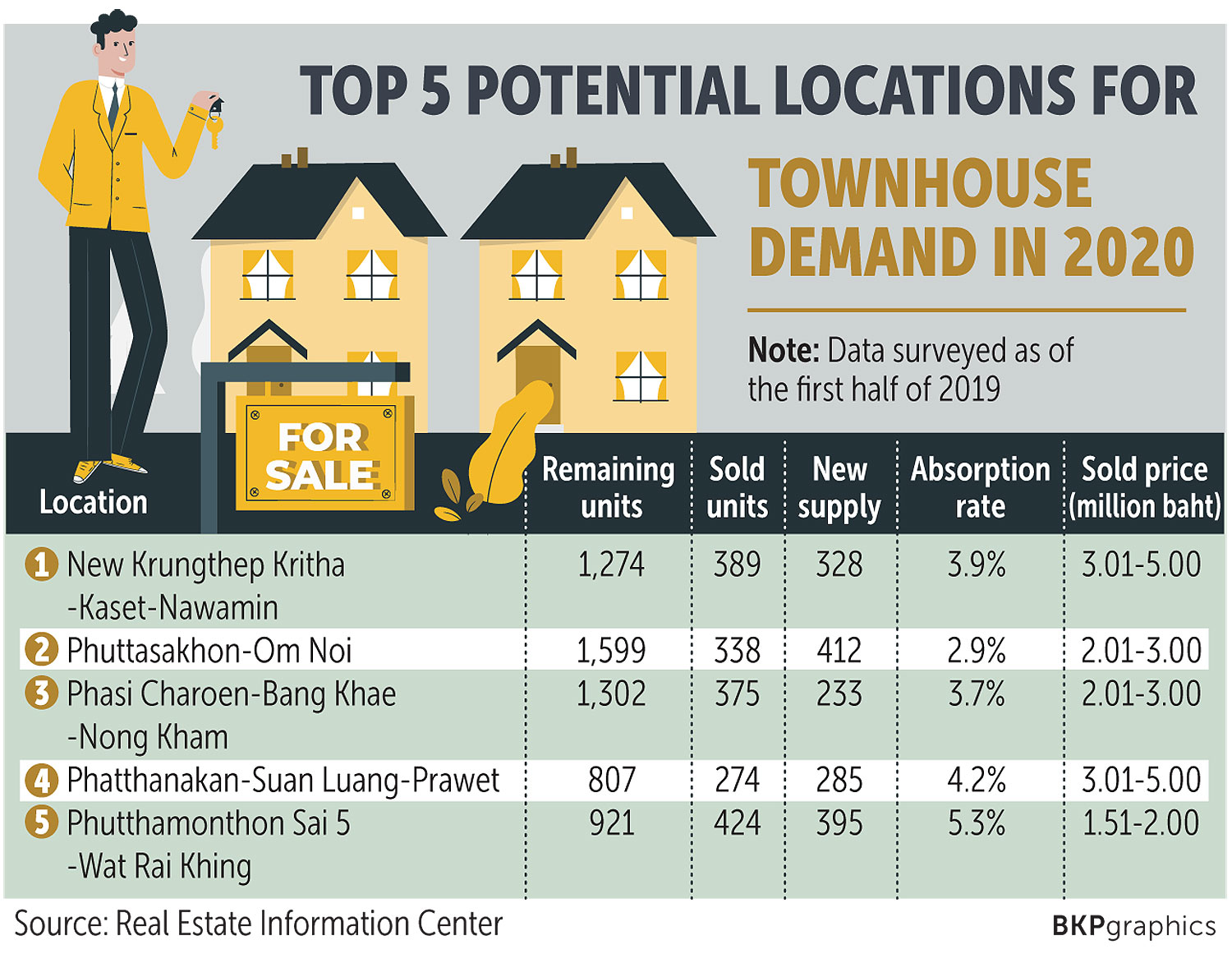 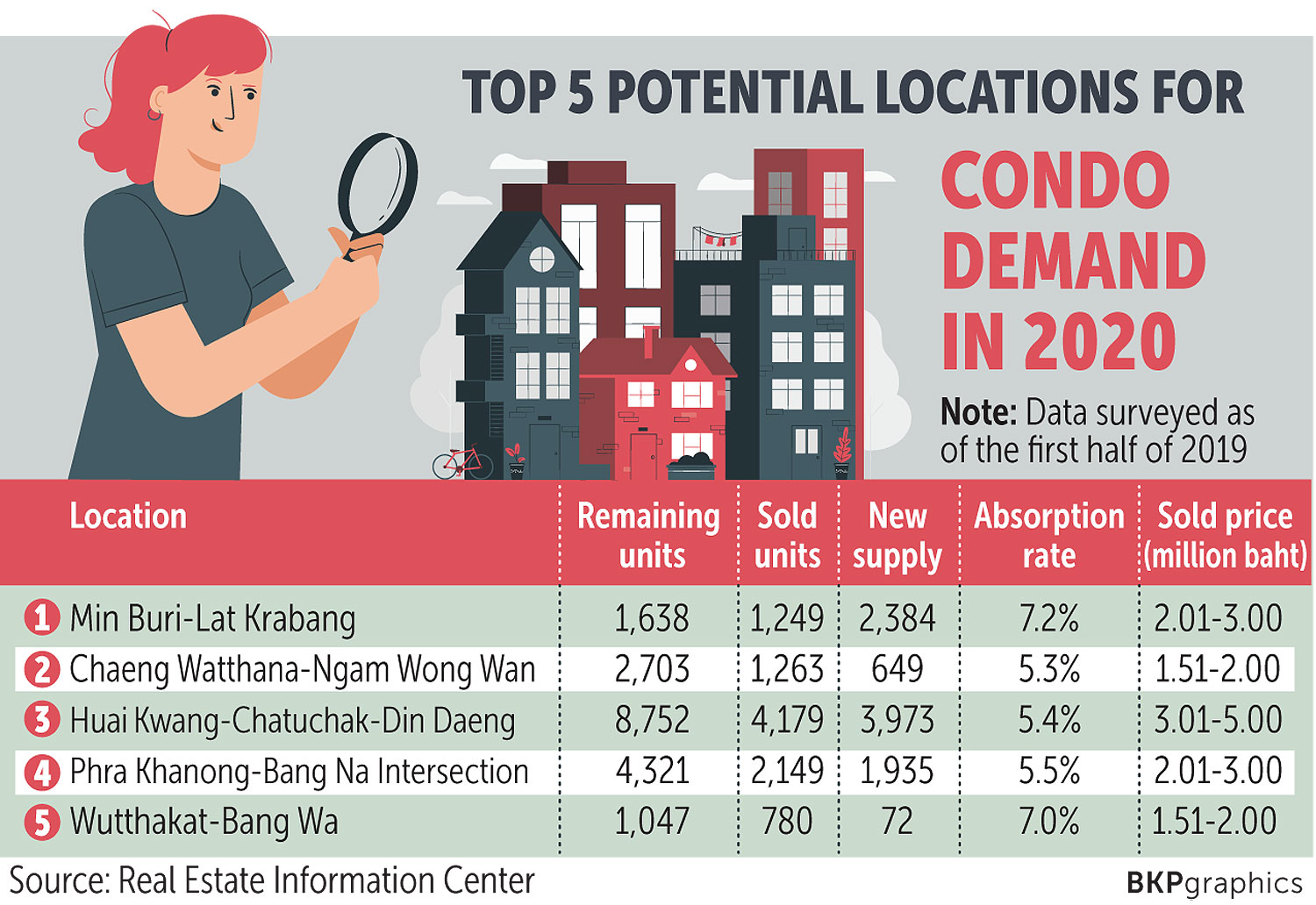