Tourism relations hang in the balance

The Tourism and Sports Ministry is pondering the cancellation of visas-on-arrival (VOAs) for Chinese travellers from areas most affected by the coronavirus, even as there are concerns the move may affect rocky tourism relations between the two countries in the long run. 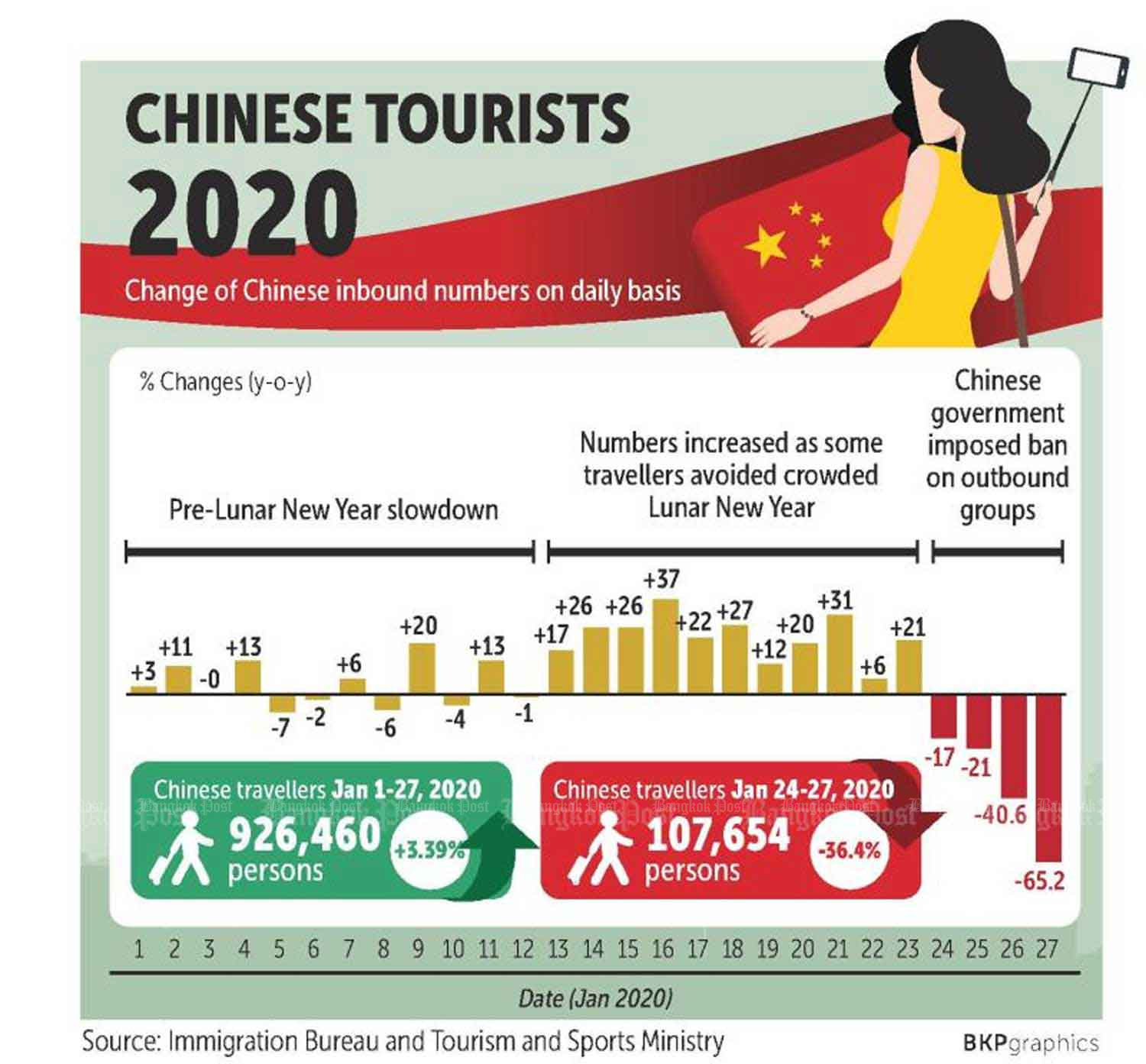 While the number of coronavirus cases detected in Thailand is rising, Tourism and Sports Minister Phiphat Ratchakitprakarn said he will not join other countries in suspending the eligibility of Chinese travellers from Hubei province to cross the border with VOAs.

He did not dismiss the possibility Thailand may follow that path in the future, as policymakers are monitoring the situation.

Growing concerns among Thais about the spread of the virus led to Mr Phiphat acknowledging that preventive measures are necessary, including screening for visas. But as the outbreak is not yet in the critical phase, the government has to carefully monitor the consequences.

"This is a delicate issue for Thailand, which requires input from every agency. We should not act like we're eager to cut off our close friends just because they are falling ill," said Mr Phiphat.

If Thailand does cancel VOAs, it would only apply to some Chinese provinces that are contained areas such as Wuhan, the epicentre of the epidemic, he said.

Mr Phiphat said Malaysia has suspended its 15-day visa-free scheme for Chinese citizens, as well as stopping all visa facilities for Chinese tourists from Wuhan, Hubei and nearby provinces.

More countries are likely to take similar actions in efforts to combat the outbreak, he said.

Since the Chinese government imposed a ban on tour groups on Jan 24, inbound Chinese arrivals plunged by 17%. The negative trend continued, with the lowest point on Jan 27, the last day the Chinese authority allowed tour groups to finish touring activities.

Mr Phiphat said the ministry will set aside a proposal to extend the 2,000-baht VOA fee waiver from April to the end of this year, responding to the prime minister's order to revise the benefits of the scheme.

This could prove to be problematic for hotels.

"Ending VOAs for Chinese may affect the sentiment of Chinese citizens and jeopardise the tight-knit relationship between the two countries," said Ronnachit Mahattanapreut, senior vice-president for finance and administration of Central Plaza Hotel.

The SARS crisis in 2003 was more severe, yet Thailand did not cancel VOAs then, said Mr Ronnachit.