The Mineral Fuels Department has granted a licence for petroleum exploration and production (E&P) activity for MP G11 Thailand to operate the Nong Nooch oilfield in the Gulf of Thailand. 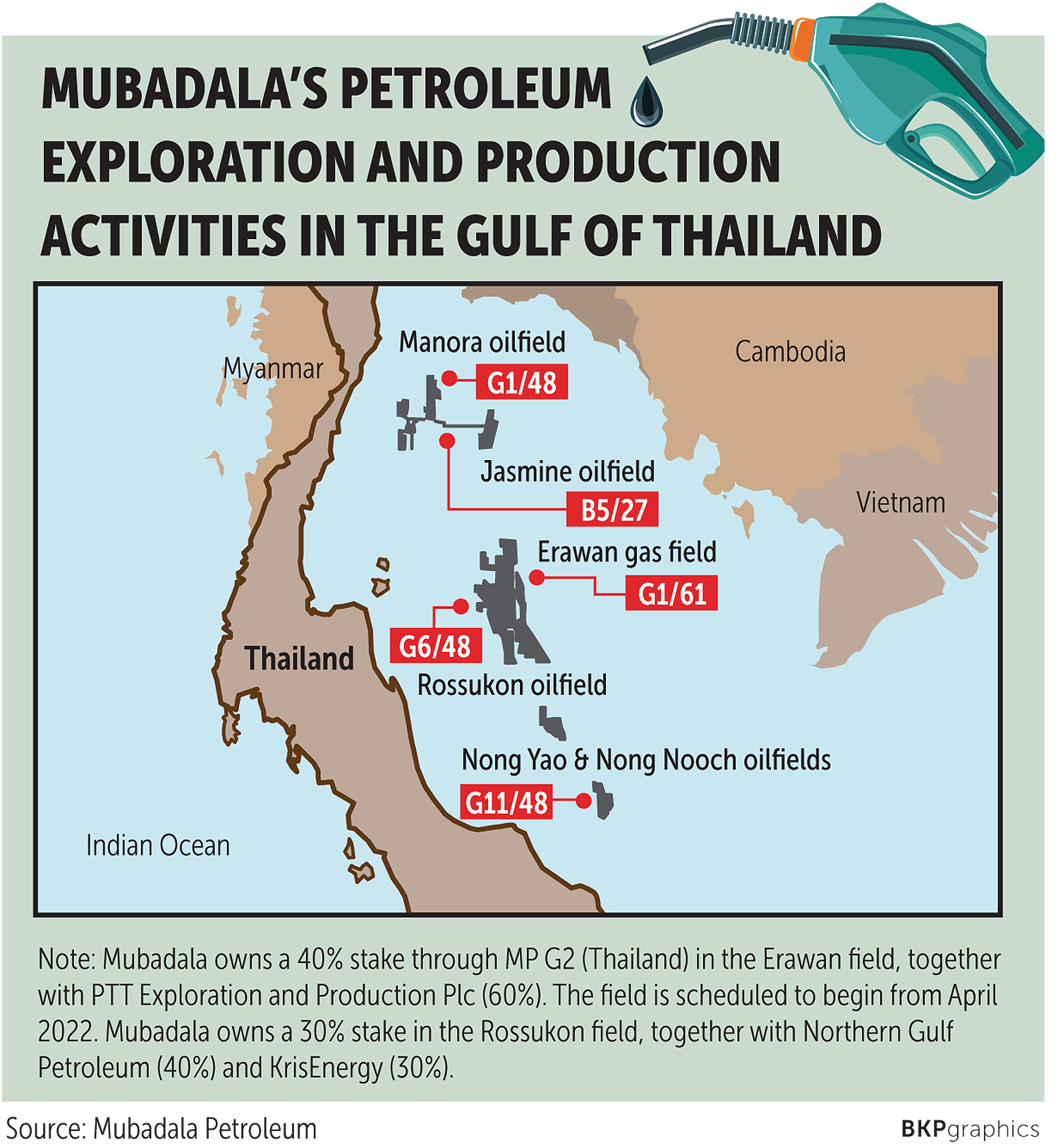 The licence is part of the country's petroleum E&P activities for Round 19. The Nong Nooch oilfield has the G11/48 code, located in the offshore area of Narathiwat province.

The field is a new petroleum discovery and shares the same code as the Nong Yao oilfield, where MP G11 is also the E&P licence holder.

The department estimates a production capacity of crude oil from that field of 5,000 barrels per day. MP G11 plans to produce the explored petroleum during 2021-33.

According to the department, the country's crude oil production from local resources stands at roughly 125,000 barrels per day, excluding the new discovery of Nong Nooch field.

Five of the six are oilfields. Erawan is a natural gas block.

The UAE-based company has had a foothold in Thailand since 2004 and is reportedly the second-largest crude oil operator in the Gulf of Thailand.

According to a company statement, it has contributed roughly US$5 million to the Thai economy since commencing operations, factoring in revenues, jobs and economic activity.

The department plans to begin a new bidding round for offshore petroleum E&P activities in April after postponing new licensing for several years.

Sarawut Kaewtathip, the department's director-general, said the new round is called Round 23 instead of 21 because the department cancelled that round, while bidding for the Erawan and Bongkot gas fields in 2018 counted as Round 22.

"The department is preparing Round 23 information such as the number of offshore petroleum fields in the Gulf of Thailand and sending invitations to potential companies by March," he said. "After each company studies the E&P details, a request for proposals and terms of reference will be sent to them in April. Each company will then submit a proposal by September."

Mr Sarawut said screening and selection procedures will be conducted in the fourth quarter, then each company will be granted E&P licences.

"Contract signings with each selected company are scheduled for January 2021," he said.

Mr Sarawut said onshore E&P blocks will be excluded from Round 23 because of limitations under the Agricultural Land Reform Act of 1975 for E&P activities.