Thailand ranked No.1 for internet users engaging in mobile banking, as well as time spent on game consoles, according to the Digital 2020 report.

The report was published by We Are Social Inc agency in partnership with social media solutions provider Hootsuite, focusing on digital, mobile and social media trends around the world.

Regarding the use of banking and financial services apps, Thailand remained in the pole position among 46 countries in the report for the second year in a row.

Some 65% of Thai internet users aged 16 to 64 said they used mobile banking or financial service apps each month, the report said. 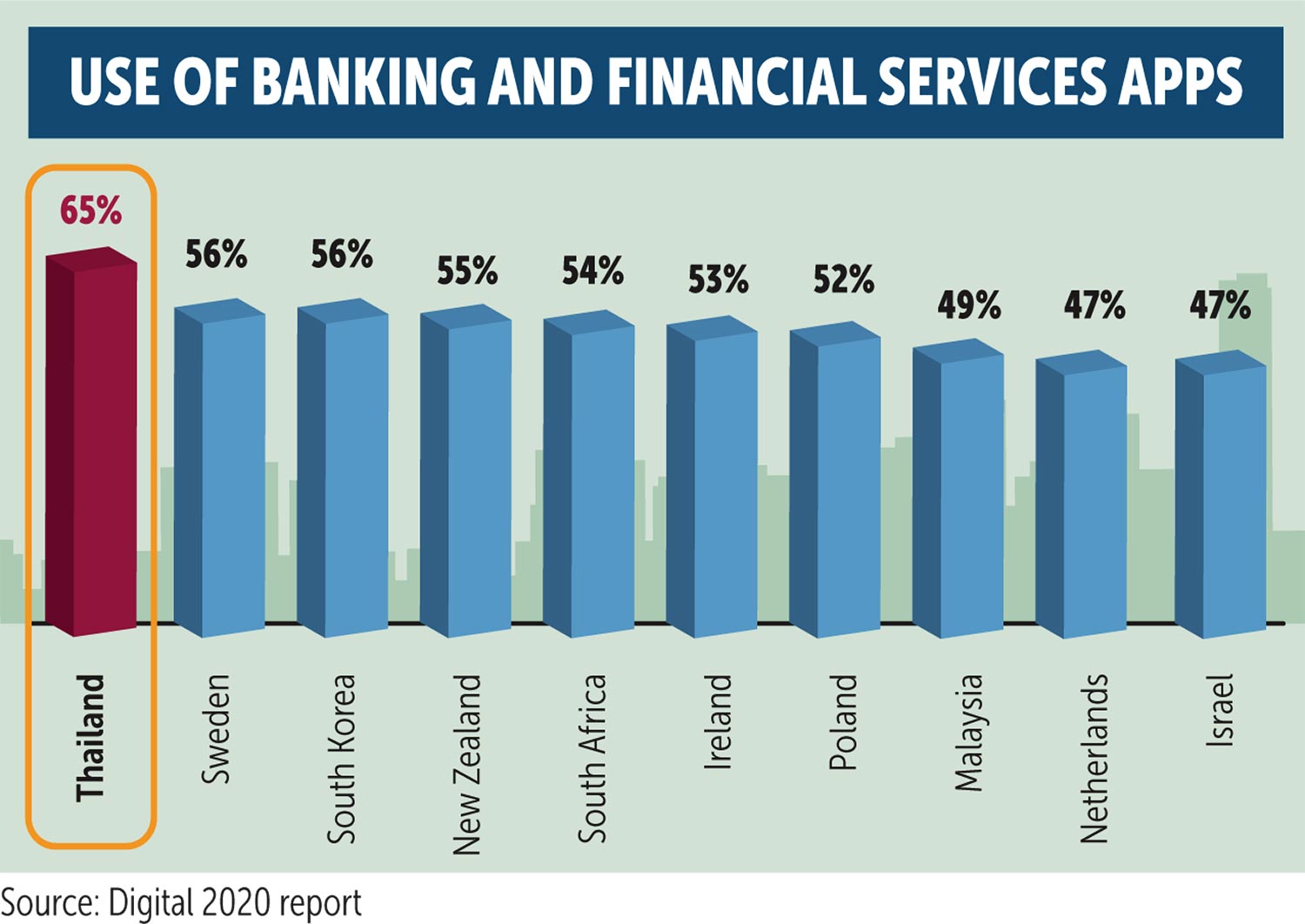 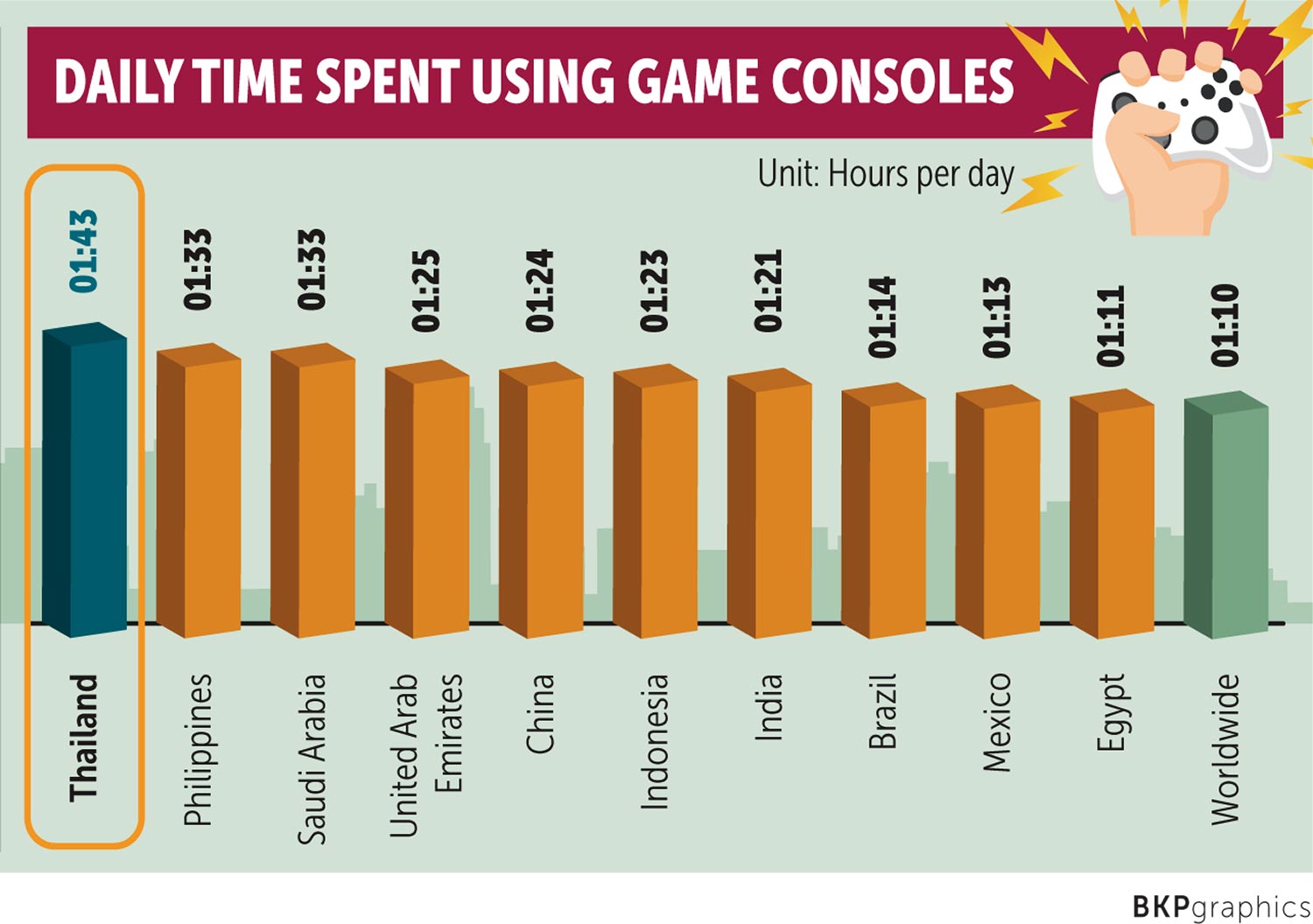 Thai internet users spent an average of 1.43 hours a day using games consoles, making the country No.1 in the world in this category. Thailand is trailed by the Philippines and Saudi Arabia (both 1.33 hrs), UAE (1.25 hrs) and China (1.24 hrs).

Thailand was behind only Indonesia in terms of e-commerce adoption.

Some 82% of Thai internet users said they made online purchases in the past month, compared with 88% in Indonesia. Poland, Germany and Malaysia had the same percentage as Thailand.

The same trend is true for mobile e-commerce adoption. Some 80% of the internet users in Indonesia said they shopped online via a mobile device, followed by Thailand (69%). The average percentage worldwide is 52%.

Thailand meanwhile ranked second for average amount of time spent using the internet via mobile phones each day at 4.57 hrs, behind only the Philippines at 5.11 hrs.

Thai internet users spent an average of 2.55 hrs a day using social media on any devices, making the country 14th in the world. The top of the world is the Philippines at 3.53 hrs.

According to the report, over 4.5 billion people use the internet worldwide and social media users have passed 3.8 billion.

Some 59% of Thai internet users said they are worried about their personal data being used by companies, lower than an average of 64% worldwide.