Contention for 5G spectra kicks off

Five major telecom firms showed up at the NBTC to submit their 5G bid documents on Tuesday for the four ranges on offer.

The battle for 5G spectrum is starting out fierce, with leading mobile operator Advanced Info Service (AIS) and True Move H Universal Communication (TUC) said to be vying for three out of four spectrum ranges in the 5G licence auction scheduled for Feb 16. 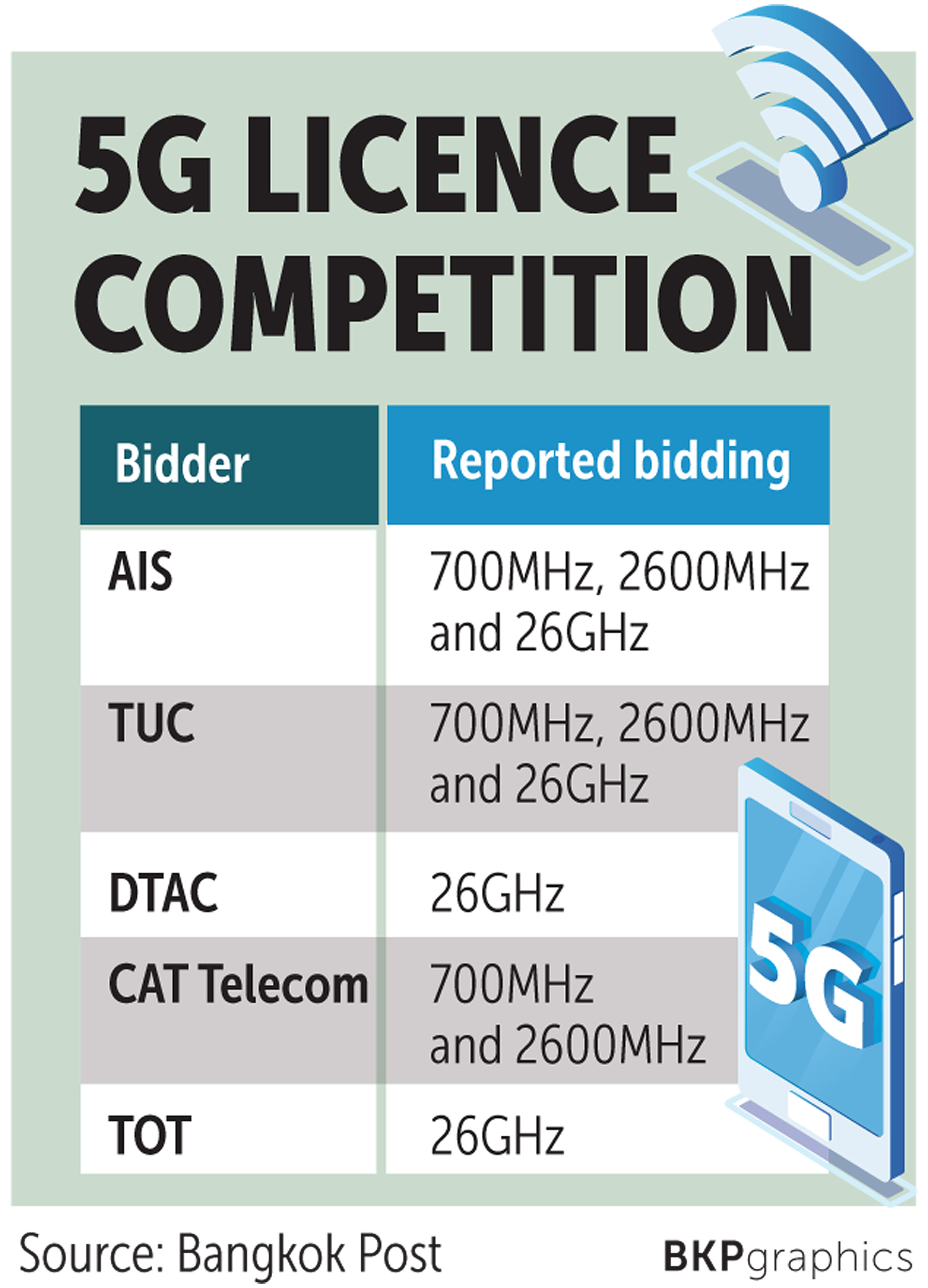 AIS, TUC, Total Access Communication (DTAC), TOT and CAT Telecom showed up on Tuesday at the National Broadcasting and Telecommunications Commission (NBTC) to submit the 5G bid documents on the submission date.

AIS and TUC are both bidding on the 700MHz, 2600MHz and 26GHz ranges, according to an industry source.

DTAC and TOT are said to be vying for just the 26GHz range, while CAT Telecom is said to be bidding for the 700MHz and 2600MHz ranges.

All the operators ignored the 1800MHz range, the source said.

Takorn Tantasith, secretary-general of the NBTC, declined to elaborate on the exact spectrum licences each operator wanted, saying the commission will announce the qualified bidders and their spectrum bids on Feb 12.

The submission cleared doubts as to whether the third-largest mobile operator would opt out of the race after the sudden departure of chief executive Alexandra Reich last month.

Mr Mehrotra said the upcoming multiband auction is an opportunity for DTAC to further strengthen its spectrum portfolio in support of ambitions to never stop improving its network experience.

He declined to comment about the company's confidence in gaining the desired spectrum in the highly contested process.

Another industry source said DTAC only bid on the 26GHz range because 5G adoption in Thailand is still in the early stages and the company may instead wait for the 3500MHz auction.

Sarit Jinnasith, group co-president of True Corporation, the parent company of TUC, said TUC has conducted a thorough valuation analysis and hired a third-party consultant to conduct a feasibility study for each available frequency.

"The company's considerations are based on consumers' demand, return on investment, as well as value for all stakeholders," he said.

Mr Takorn said the combined winning prices from the 5G auction could reach 70 billion baht from the 30 licences expected to be snapped up by operators.

He said the NBTC board plans to approve incentives for 5G adoption this month. 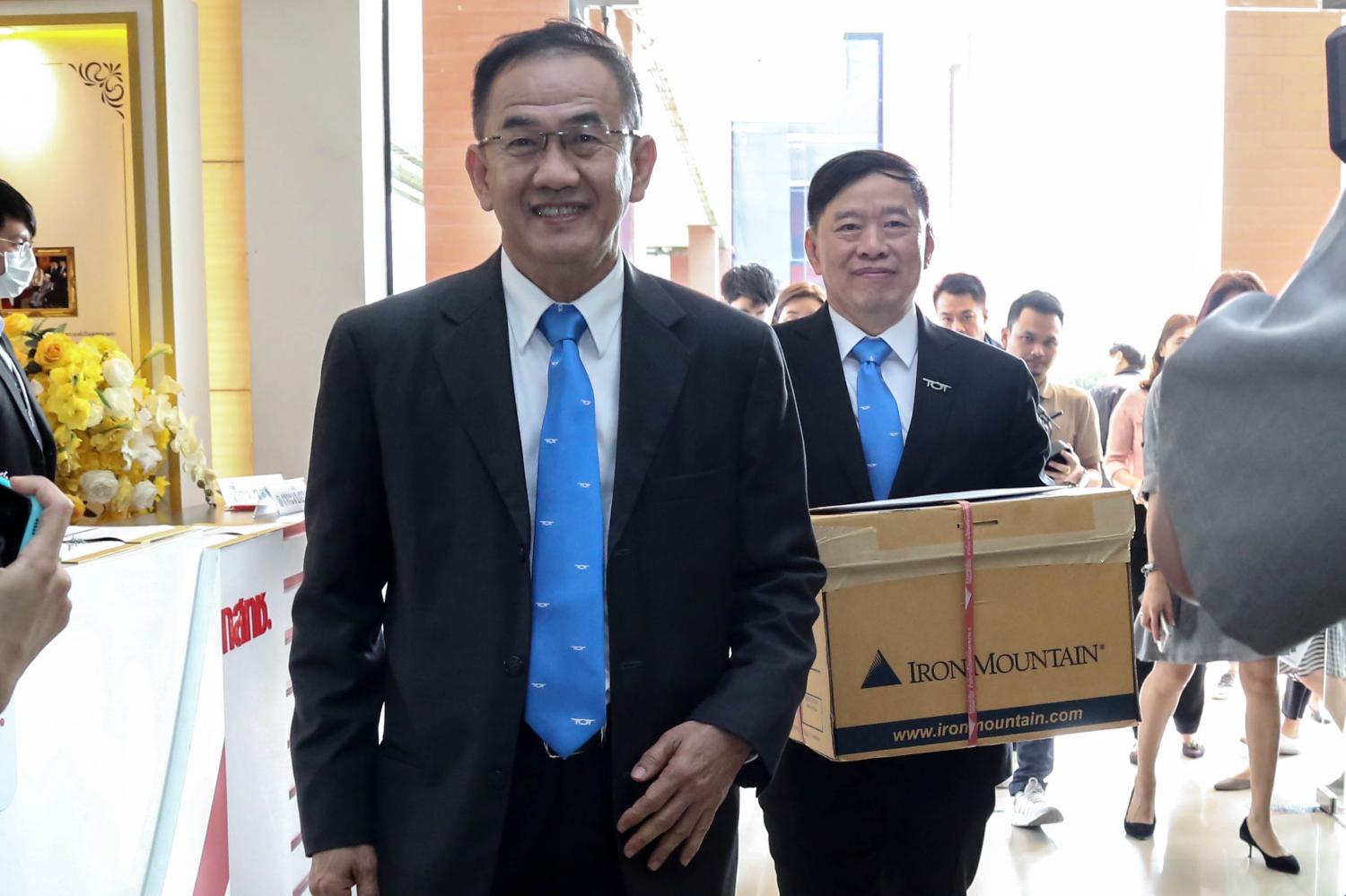 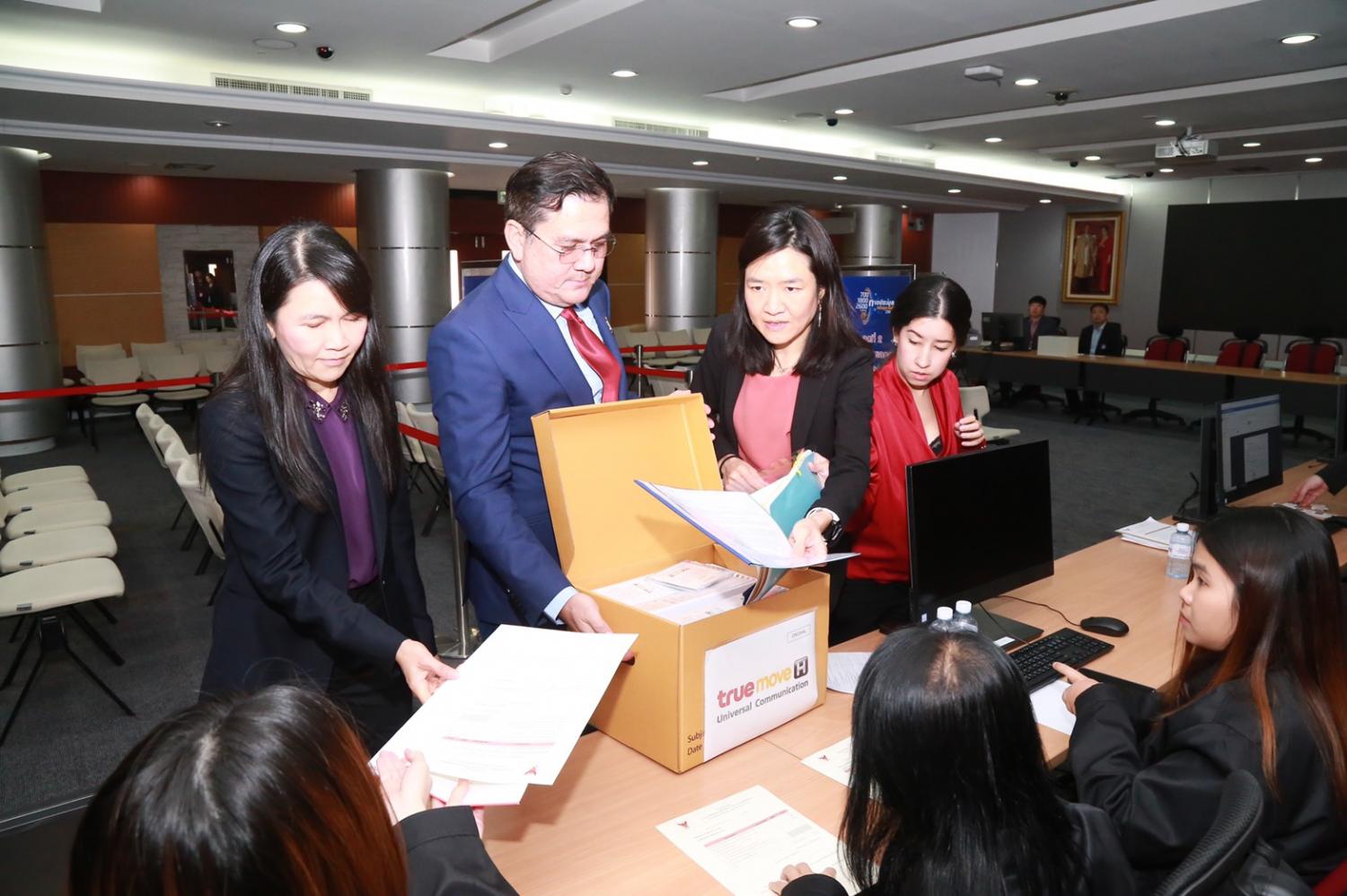 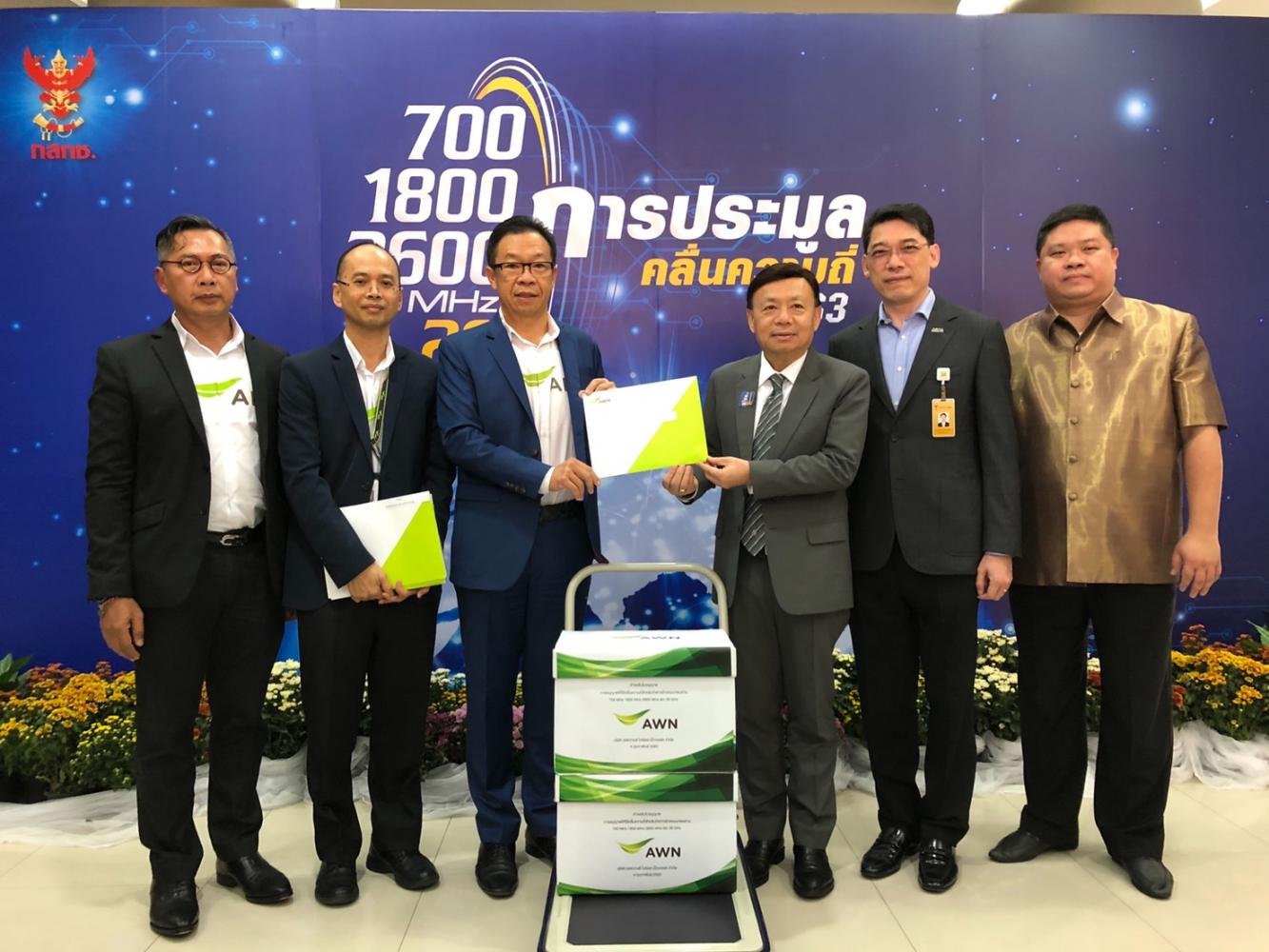