Thailand is expected to ship 7.5 million tonnes of rice this year, a drop below 10 million tonnes for the second straight year, due to the strong baht, decreasing competitiveness and low supply because of widespread drought.

Keerati Rushchano, director-general of the Foreign Trade Department, said 3.17 million tonnes of the total will be white rice, shipped primarily to the Philippines, Angola, Benin, Cameroon and China, with parboiled rice making up 2.23 million tonnes and Thai hom mali rice 1.1 million tonnes. The remainder is glutinous rice and other types of grains.

Export value is estimated at 131 billion baht this year.

The department said yesterday that Thailand shipped 7.58 million tonnes in 2019, fetching 131 billion baht, down 32% and 25% respectively.

The biggest export market was Benin, which imported 1.07 million tonnes of Thai rice, followed by South Africa at 730,000 tonnes and the US at 560,000 tonnes.

China also turned from an importer to a rice exporter, draining its huge stocks of 120 million tonnes and reducing the Thai market share in Africa.

Because customers' tastes have changed, the government wants to develop soft-textured grains such as Kor Khor 79 with good quality and high yield. Officials also want rice to compete in the lower-priced segment.

"The development plan will be concluded as soon as possible, hopefully around May," Mr Keerati said. 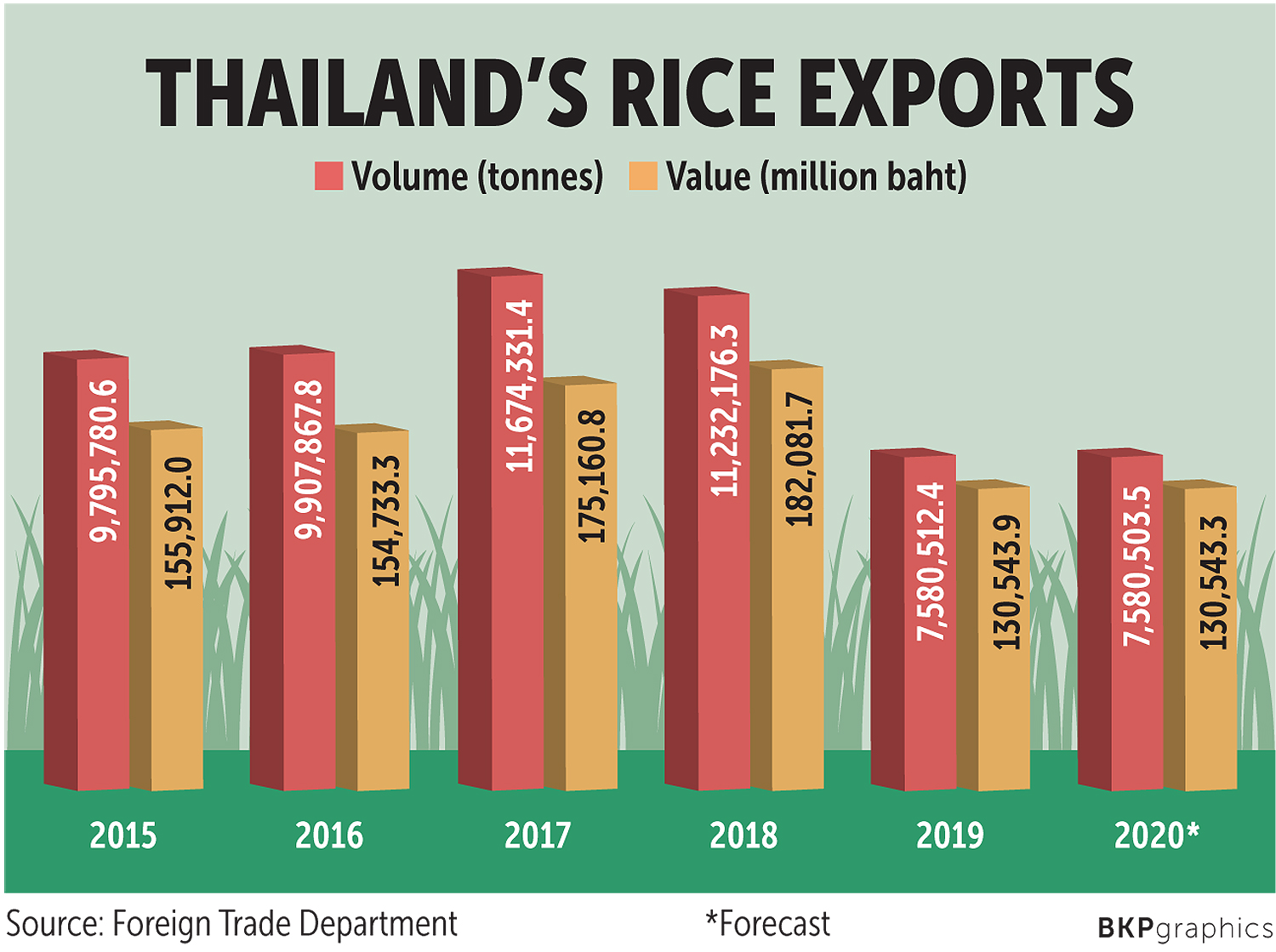