Thailand is at risk of losing its place as the world's second-biggest rice exporter this year, due to weaker competitiveness and a lack of rice varieties to cater to changing market demand. 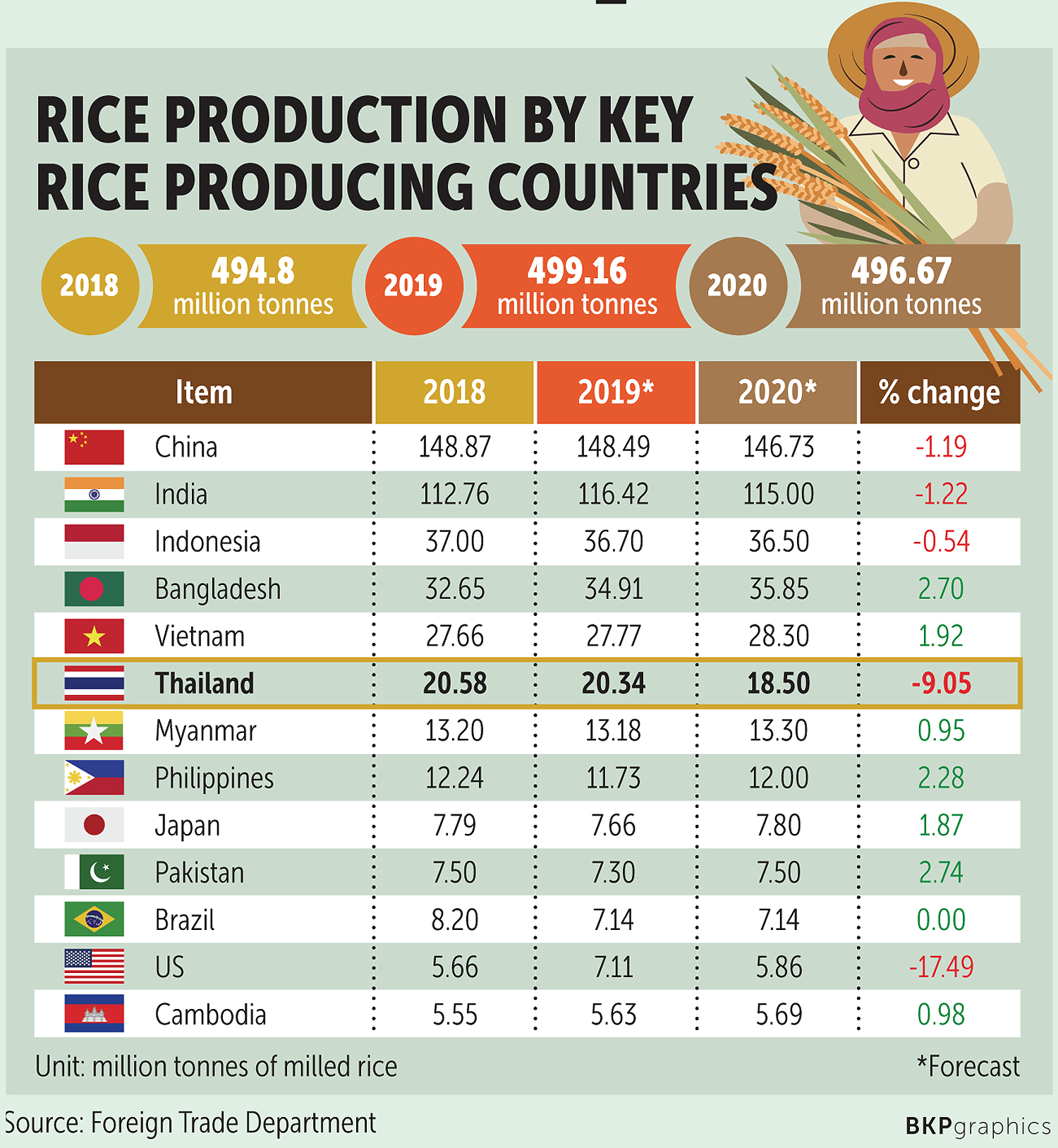 "Thailand has shipped the same rice varieties for 30 years and lacks rice variety development to deal with changing market demand and consumer behaviour," Mr Charoen said. "This year, the association has set a rice export target of 7.5 million tonnes, the same target as the Commerce Ministry, worth US$4.2 billion."

The target is the lowest in seven years. In 2013, Thailand exported 6.6 million tonnes of rice. 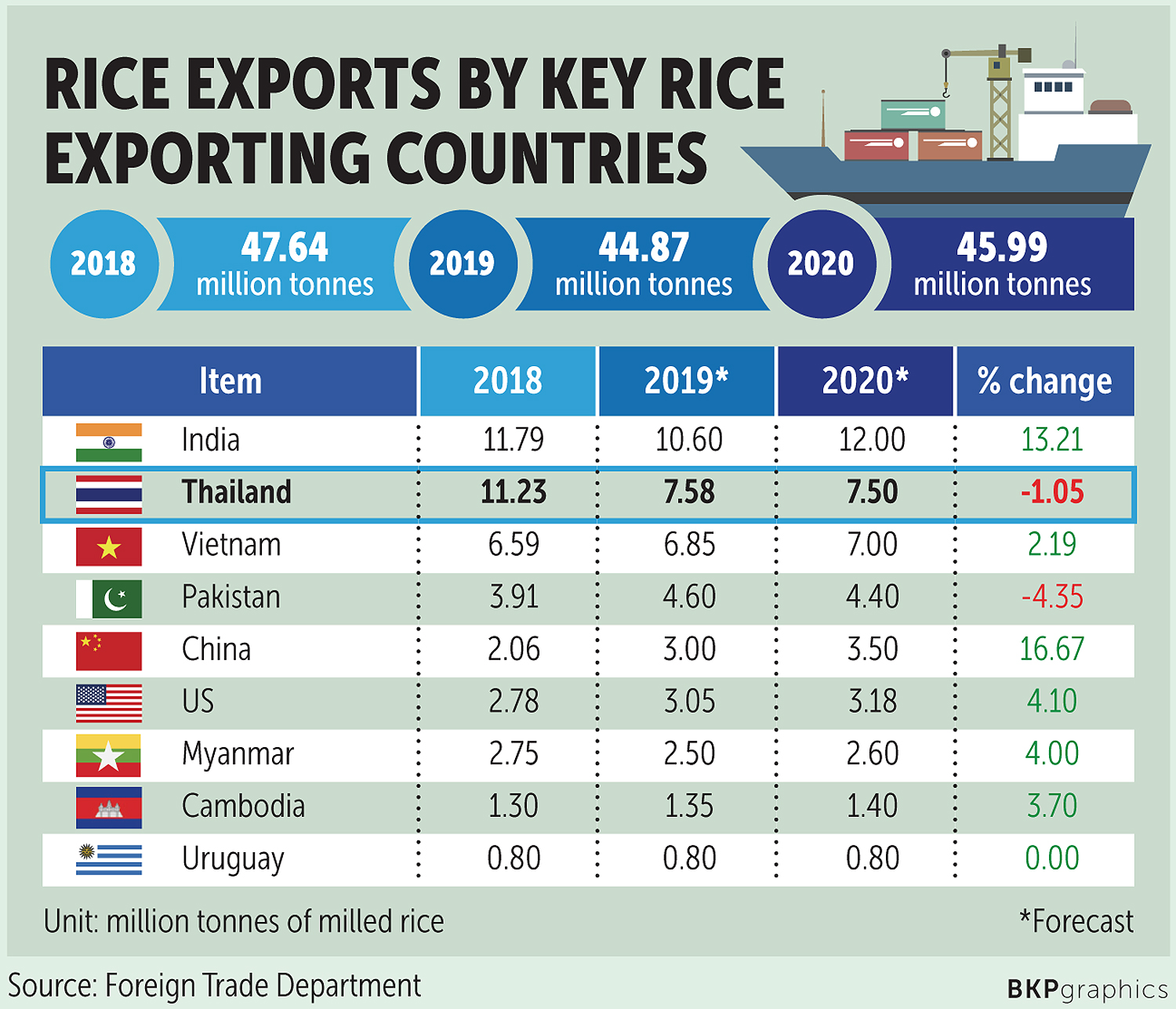 Moreover, Vietnam has succeeded in exporting rice at lower prices than those of Thai grains and tapping key rice markets like China, Hong Kong, the Philippines and Malaysia.

Other risk factors include the EU-Vietnam Free Trade Agreement and the Comprehensive and Progressive Agreement for Trans-Pacific Partnership, which would let Vietnam expand export markets to EU and CPTPP members.

Indonesia is also planning to raise its rice imports to about 1 million tonnes, up from 300,000 tonnes last year.

"The virus outbreak has created a panic in China, Hong Kong and Singapore, increasing their demand for rice," Mr Chookiat said.

Even with an upsurge in demand, it will be difficult for Thailand to achieve the export target of 7.5 million tonnes, he said.

The Supreme Court's Criminal Division for Holders of Political Positions has issued a warrant for the arrest of fugitive Charupong Ruangsuwan, a former Pheu Thai Party leader, for allegedly demanding a water supply company pay for air tickets costing nearly 60,000 baht while he was interior minister in 2012.

Wikipedia back in Pakistan after 'blasphemy' ban

ISLAMABAD: Wikipedia was back online in Pakistan on Tuesday, after the country's prime minister ordered authorities to lift a block imposed on the online encyclopedia over "blasphemous content."