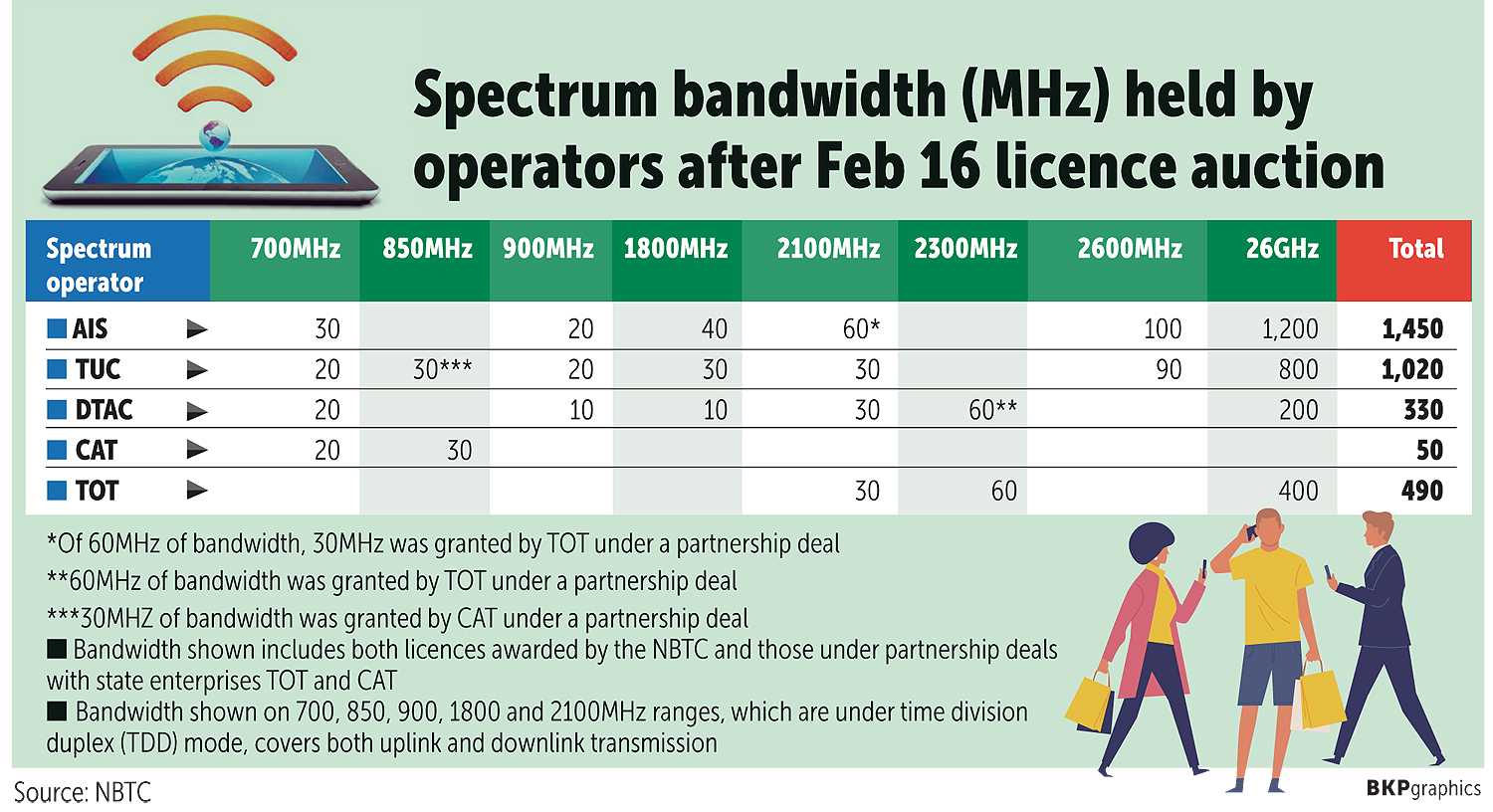 Last Sunday's auction saw the country's third largest mobile operator secure two out of 49 licences put up for bid. The service is expected to deliver fibre-like speed of up to 1 gigabit per second in selected locations.

DTAC also aims to deploy a 5G network on the 700-megahertz range to bring coverage to rural areas in the second half of the year, said chief executive Sharad Mehrotra.

"Each operator's 5G auction plan and business roadmap comes with a different strategy of game play," he said.

Mr Mehrotra was speaking at a news briefing on DTAC's business plans in the wake of the 5G auction.

Mr Mehrotra offered no concrete details about the company's plan to develop its 2300MHz network, which could pave the way for 5G adoption.

An industry veteran who requested anonymity said a price war over 4G promotional packages may be unavoidable, as DTAC needs to retain its subscriber base as bigger rivals step up efforts to lure DTAC customers to their own 5G services.

DTAC secured two licences on the 26GHz range, each containing 100MHz of bandwidth, in Sunday's auction.

"Acquiring 5G spectrum is just the start of the journey, with much more to come every quarter this year," he said. "Our goal is to never stop improving on connectivity solutions."

An industry analyst said DTAC may opt to develop 5G service on its 2300MHz spectrum, though such a move could require consent from TOT and approval by the National Broadcasting and Telecommunications Commission.

DTAC could also target the 1800MHz range for 5G service, the analyst said, but it has only 10MHz of bandwidth on the range. The company may also need to consider developing 5G service on other ranges, including 2100MHz and 700MHz, for use on mobile devices, the analyst said.