The government expects public investment spending of more than 400 billion baht in the second quarter to help the flagging economy weather the impact of the coronavirus outbreak, Finance Minister Uttama Savanayana said on Thursday.

Even before the epidemic that originated in China, the trade-reliant economy has been under pressure, buffeted by the Sino-US trade war, sluggish investment, a delayed fiscal budget and drought.

But investment spending will accelerate following last week's passage of a 3.2 trillion baht budget bill for the current fiscal year, he told reporters. 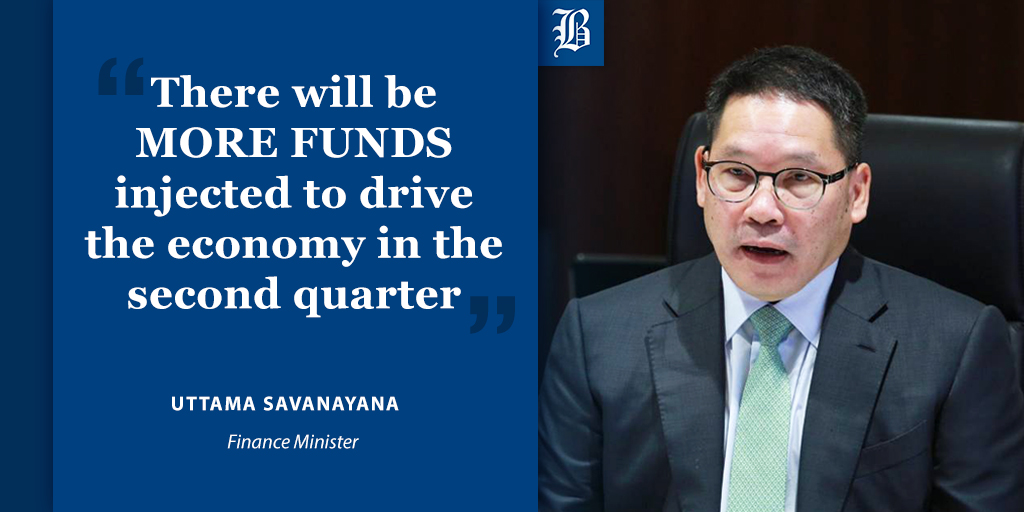 The budget bill, delayed since Oct 1, projects public investments at 656 billion baht, or 20.5% of all spending.

"There will be more funds injected to drive the economy in the second quarter," Mr Uttama said.

More than 80% of the total public investment budget should be disbursed in this fiscal year that ends on Sept 30, he said.

"Nobody can tell when the situation will get back to normal. But we have prepared measures, which will be introduced soon, to help shield the economy," Mr Uttama said.

The minister expects the economy to rebound sharply when the situation returns to normal, probably from the middle of this year.

Southeast Asia's second-largest economy expanded 2.4% in 2019, the lowest rate in five years. This year it is facing an even tougher climate as tourism is being hit hard by the virus outbreak.

The number of foreign tourists in Thailand may fall by 5 million this year from last year's 39.8 million, reducing revenue by as much as 500 billion baht, according to the Tourism Authority of Thailand.

Chinese visitors, Thailand's biggest source of tourists, made up about 28% of total foreign arrivals and spending last year. Thailand is also heavily reliant on China's trade and investment.