Armed with a strong electoral mandate, President Tsai Ing-wen has a golden opportunity to continue pursuing a progressive agenda at home and abroad.

Taiwanese President Tsai Ing-wen has become well-known over the past four years for her firm stand against China's claims to the island republic, to the consternation of Beijing. 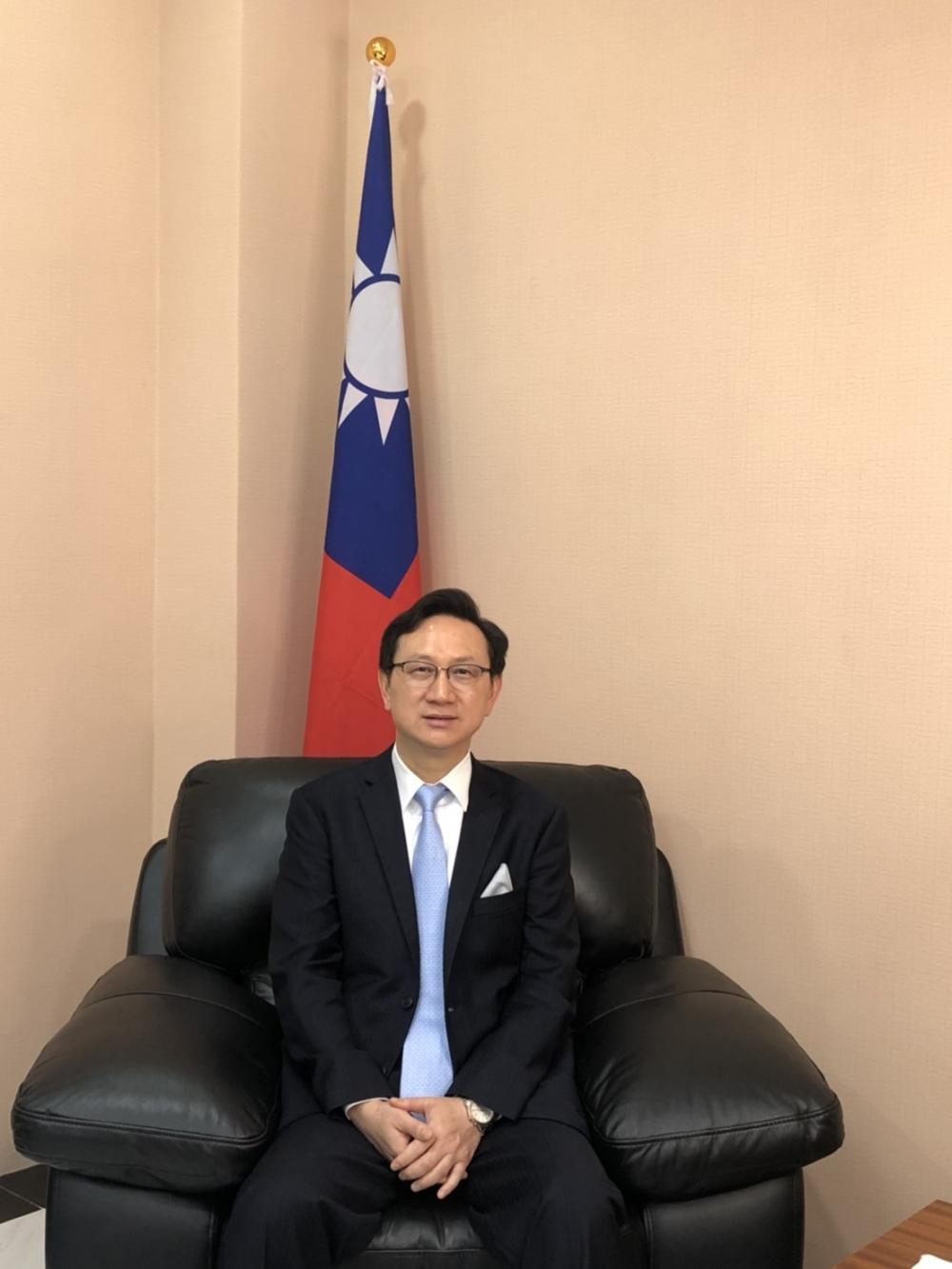 Chen-yuan Tung, Representative of the Taipei Economic and Cultural Office in Thailand SUPPLIED

Her re-election on Jan 11, in a landslide with more than 8 million votes, has given Ms Tsai a bigger mandate to address contentious cross-strait issues as well as pursue a new role for Taiwan in the region and the wider world.

She has also made herself one of the Communist Party's most high-profile critics, a stance that appealed particularly to younger voters wary of China's goal of incorporating the island into the People's Republic. Ms Tsai rejects Beijing's interpretation of the so-called 1992 Consensus that there is only "one China" and Taiwan is a part of it.

With civic participation by young people on the rise, and amid stepped-up efforts by the government to strengthen Taiwan's bonds with countries in Southeast and South Asia, politics on the island appears to be entering a new phase.

During the election, Ms Tsai attracted tremendous support from young voters. A mock election held by the National Students' Union of Taiwan (NSUT) showed that about 85% of more than 10,000 legitimate participants gave their votes to her.

But change could be in the wind with the beleaguered party's selection of reform-minded Chiang Chi-chen on March 7 as a new leader, defeating former Taipei mayor Hau Lung-bin. The 48-year-old rising star from Taichung is the youngest-ever leader of the KMT, and his arrival could upend Beijing's decades-old framework for building ties with Taipei.

"That he won the mantle to lead the KMT means broader Taiwanese politics will shift a bit more away from China toward a more autonomous Taiwan," said Thitinan Pongsudhirak, an associate professor of political science at Chulalongkorn University and director of the Institute of Security and International Studies.

"Voters evidently flocked to Tsai and the DPP because they want Taiwan to stand on its own feet more firmly in measured defiance of mainland China," he told Asia Focus. "So the KMT will have no choice but to shift in that direction while retaining its other core principles and policies." 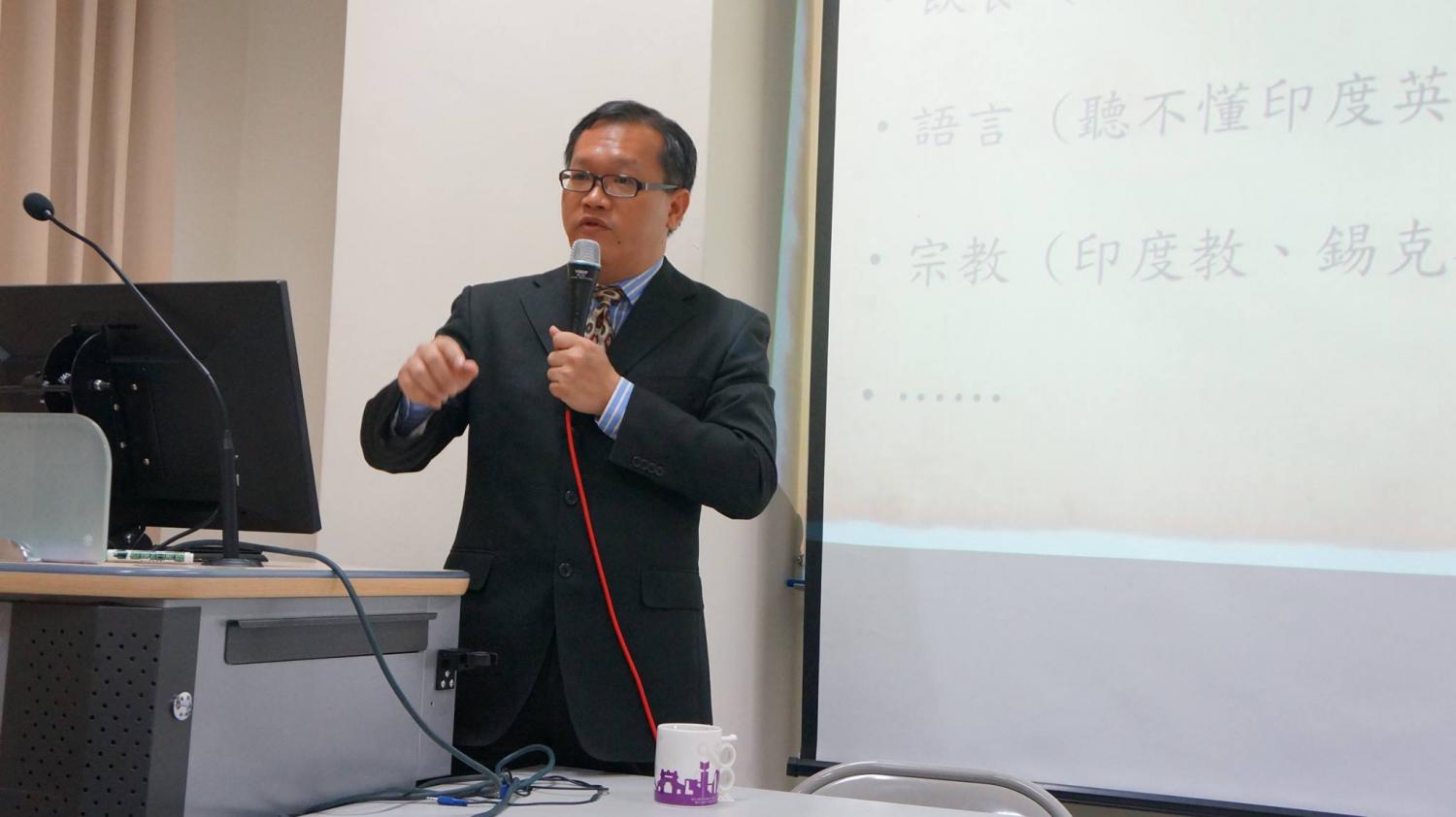 "Johnny Chiang has acquired the leadership before age 50, a phenomenon quite rare in the history of the party," Dr Fang told Asia Focus by email. He believes this could pave the way for more young talent in the party and more youth-friendly policies.

The Taiwan Youth Association for Democracy (TYAD) has been closely tracking the progress of the Tsai administration. Yen-ting Lin, chairperson of the two-year-old organisation, says it expects to see action on various fronts.

"It's hard to amend the constitution, for sure, but at least we need to initiate the discussion by bringing up topics regarding people's livelihoods," said Mr Lin.

"Pension reform is not yet done, both the health insurance and labour insurance systems are at risk of going bankrupt, and the tension caused by the ideological disparity between different generations remains unaddressed in society after the election."

Although Taiwan seems to be heading in the right direction on gender issues, young people wonder if the current trend is sustainable and more comprehensive policies will emerge.

Young people, he said, also want the country to assert its national dignity and be respected by the international community. That means lobbying countries not to give in to pressure from Beijing to keep Taiwan out of international forums. He pointed to the potentially serious consequences of Taiwan's exclusion from the World Health Organization at a time when Covid-19 is sweeping the world.

For Mr Lin and his peers, the thought of being subsumed into a huge country with an authoritarian regime is not something they want to contemplate. 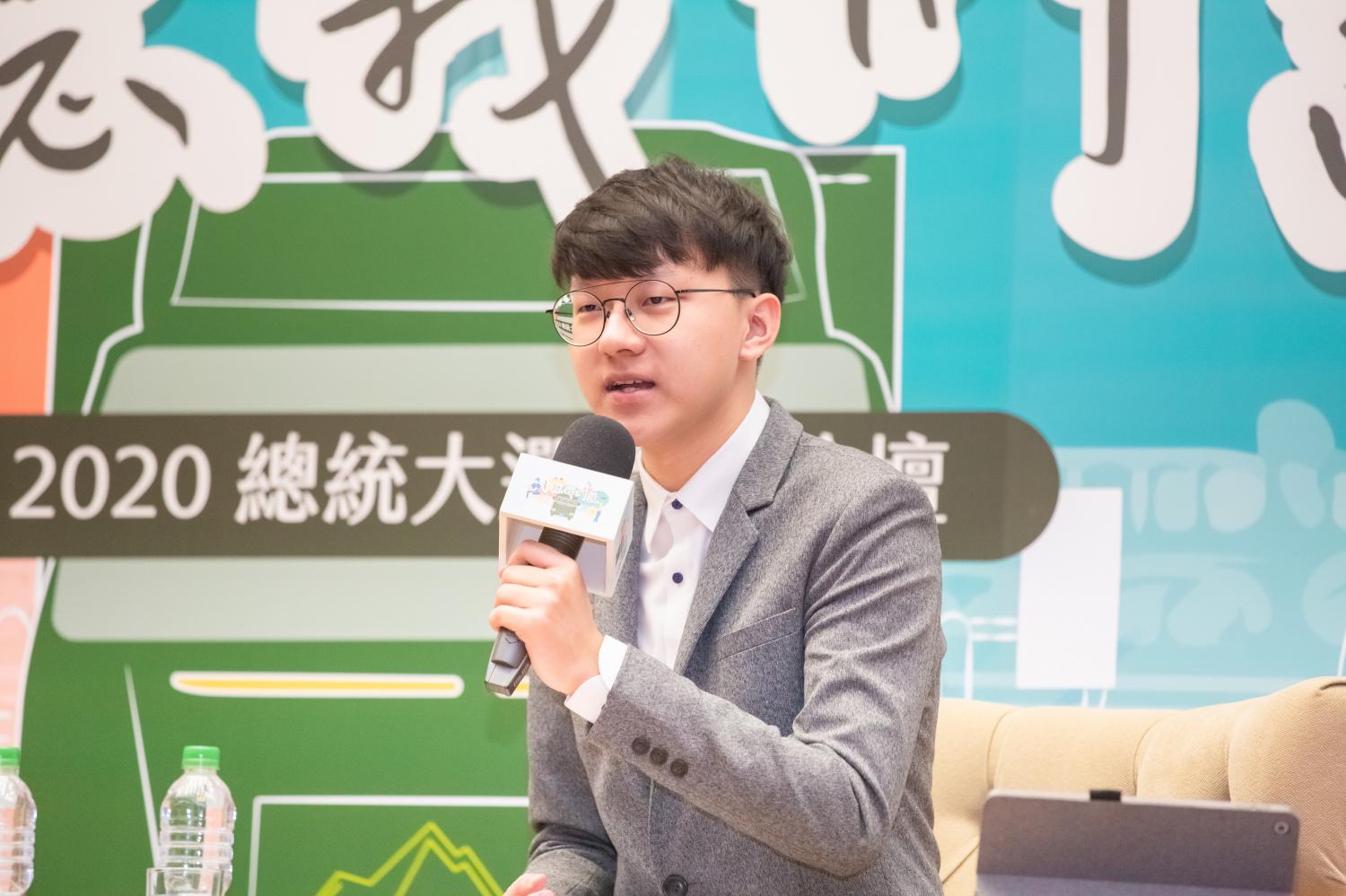 "Twenty-something youth like us have never experienced a period of curfew. It's hard for us to imagine ourselves being arrested simply because we randomly say something or post anything online," he said.

Dr Fang of the NTHU, meanwhile, sees an urgent need for a thaw in cross-strait relations. "There continue to be barriers to conversations between officials of Taipei and Beijing."

He also brought up the political wrestling over Covid-19, saying that the two governments are missing an opportunity to build goodwill by cooperating on disease prevention and control.

In his view, President Tsai needs to maintain the status quo, even if she disagrees with it, and focus more on cultivating mutual goodwill.

He believes she has a precious opportunity to demonstrate Taiwan's willingness to initiate conversations with China as she embarks on her new term.

Dr Fang also pointed to the potential economic impact on Taiwan of the ongoing protests in Hong Kong. Foreign investors who originally chose Hong Kong over the mainland because of relatively greater freedom and commercial flexibility may be having second thoughts.

"Taiwan possesses advantages to appeal to those companies previously invested in Hong Kong," he said, adding that Ms Tsai's government could seek to have Taiwan plat a bigger role as an international financial hub.

Mr Lin of the TYAD linked Ms Tsai's election victory to the uprising of the young generation in Hong Kong, which had ignited many discussions in Taiwan about "one country, two systems", as well as the consequences of getting closer to China.

Most people in Taiwan, he said, had seen Hong Kong as a city where earning money was always the priority. "Nevertheless, after witnessing the dreadful scenes taking place in Hong Kong, we started to ponder the reason why even people with decent lives and fortunes like Hong Kongers still need to go out onto the streets and protest to an extent exceeding anything taking place in Taiwan in the past few years."

Young people in Taiwan, he said, hope that the elected president wouldn't let Taiwan become Hong Kong, especially as some of the protesters in Hong Kong are their friends.

Taiwan could engage Asean countries by focusing on the region as a potential market for startups, says Pietro Borsano, a lecturer with the School of Integrated Innovation at Chulalongkorn University. SUPPLIED

On the regional geopolitical front, much has been made of Ms Tsai's New Southbound Policy. By broadening the country's markets in Southeast Asia and strengthening political bonds with Asean member states as well as India, Australia and New Zealand, the government aims to decrease its economic dependence on China and gain more visibility in the global community.

Pietro Borsano, a lecturer at the School of Integrated Innovation of Chulalongkorn University, believes Ms Tsai can deepen Taiwan's commercial relationships with Asean countries through cooperation for advanced industries and startups.

"For Taiwan, engaging Asean countries is not only about exporting goods from Taiwan to the region, but also making it a potential market for startups," he said.

Asean countries, he said, are trying to develop more high value-added industries, which accords with one of the main goals of the New Southbound Policy framework -- the exchange of technological expertise and grooming of human capital in Southeast Asia.

Mr Borsano noted that that public opinion in most Southeast Asian markets still does not associate mainland Chinese manufacturing with top-notch technology.

"Instead, Asean countries recognise Taiwan to have a reputation in terms of technology, quality, progress, innovation and so on," he said.

Now is a good time for Taiwan to step into the innovation ecosystem of Asean as the influence of China has been rising, but mostly related to Belt & Road Initiative (BRI) infrastructure projects.

Chen-yuan Tung, the Representative of the Taipei Economic and Cultural Office in Thailand, agreed with Prof Borsano. He notes the ambition of the Thai government to build a new innovation economy under the framework of Thailand 4.0.

"As for top-notch technology, Thailand lacks sufficient human resources, techniques, as well as management skills," he told Asia Focus. "The country needs foreign companies to complete the structure of Thailand 4.0, and Taiwan is undoubtedly a crucial partner."

Dr Tung acknowledged that ever since the China-US trade war started, some Taiwanese enterprises originally invested in China have started relocating to Asean.

"A lot of enterprises have moved to Vietnam while Thailand remains the second choice," he said, adding that the businesses in Vietnam are mostly in labour-intensive industries, and those in Thailand are higher-end manufacturing, technology and services.

And while deep-pocketed mainland Chinese companies operating in Thailand and elsewhere might be a tremendous challenge, Taiwanese companies still hold certain advantages in terms of technical proficiency and productivity.

Dr Borsano observed that his Taiwanese students would prefer working in Thailand since they have been raised there and understand Thai culture well. He suggests that President Tsai engage with talented Taiwanese studying and working in the region who are well-integrated into local societies while still being attached to Taiwan. They are a unique asset to help further develop platforms for cooperation with the region in the future.

Encouraging these local Taiwanese talents, he said, could be part of the New Southbound Policy, through scholarship programmes and startup boot-camps, as well as the entrepreneurship acceleration programmes.

The New Southbound Policy has already had a marked impact on tourism given the expansion of e-visas and visas on arrival. From mid-2016 when the policy was initiated to mid-2019, arrivals from the 18 targeted countries totalled 7.5 million. That compared with 4.8 million in the previous three-year period.

Dr Fang added that Ms Tsai should also be encouraging national enterprises to invest more actively in the region.

"Being engaged with national development programmes is an even more effective way to build up partnerships with the countries in Southeast Asia and South Asia," he said.

Although the government provides scholarships for Taiwanese students to study in the countries included in the New Southbound Policy, not many people are taking the exams. That could change, he said, if there were more research institutes that focus on Southeast and South Asia. He cited the Vietnam Academy of Social Sciences in Hanoi as an example.

"Not only would the relevant work opportunities be created, further attracting more young scholars to dedicate themselves to studying the region, but also it could help to change the negative impressions Taiwan's public holds toward the region, encouraging more exchanges to happen," he said.

Dr Tung said the number of Thai students in Taiwan has grown from around 1,500 in 2015 to 4,001 last year, marking the payoff of the New Southbound Policy. He is also encouraged by projects taking place in Thailand such as the Taiwan-Thailand Industrial Collaboration Summit, the Faprathan experimental farm, and the joint research centres of National Cheng Kung University and Mahidol University.

"We are organising the educational tour groups to give more Thai students a more thorough knowledge about Taiwan," he said. "This is made possible by the education platform as well as the tourism platform we previously established."

Dr Tung believes Taiwan has accumulated the momentum to deepen its bonds with the region after four years of effort, and there will be a positive multiplier effect in the future from people-oriented programmes.

"By helping Asean member states ameliorate quality of life, Taiwan can also contribute to help the countries in the region to reach the ideal desired under the Indo-Pacific strategy of Asean," he said.