Restaurants and chains switch up tactics

Restaurants and food chains are adjusting their service strategy and beefing up home delivery services in a bid to stay afloat during the outbreak, following the order on Saturday for a soft lockdown in the capital and adjacent provinces.

Nadim Xavier Salhani, chief executive of Mudman, the operator of Dunkin, Au Bon Pain, Greyhound Cafes and Baskin-Robbins, said the company's sales are likely to drop by 50-60% soon after already dipping by 30%.

"The delivery business has not increased as expected because consumers' behaviour has changed with the outbreak. Many are opting to cook their own food, while delivery competition is fierce," he said. "I predict 80-100 million baht in opportunity loss. We are still paying our employees, but may have to make cuts in April. Everyone has to accept the pay cut because it is better than a layoff."

Mr Salhani said in France, the government is paying 85% of workers' salaries during the shutdown, but he does not expect Thailand will do the same.

"Can the Thai government afford anything? I want government announcements to be clear. So far the decisions are very grey and confusing. Communication is very weak. The policy has to be clear, like in China, otherwise after the shutdown, everything will be the same as before," he said. 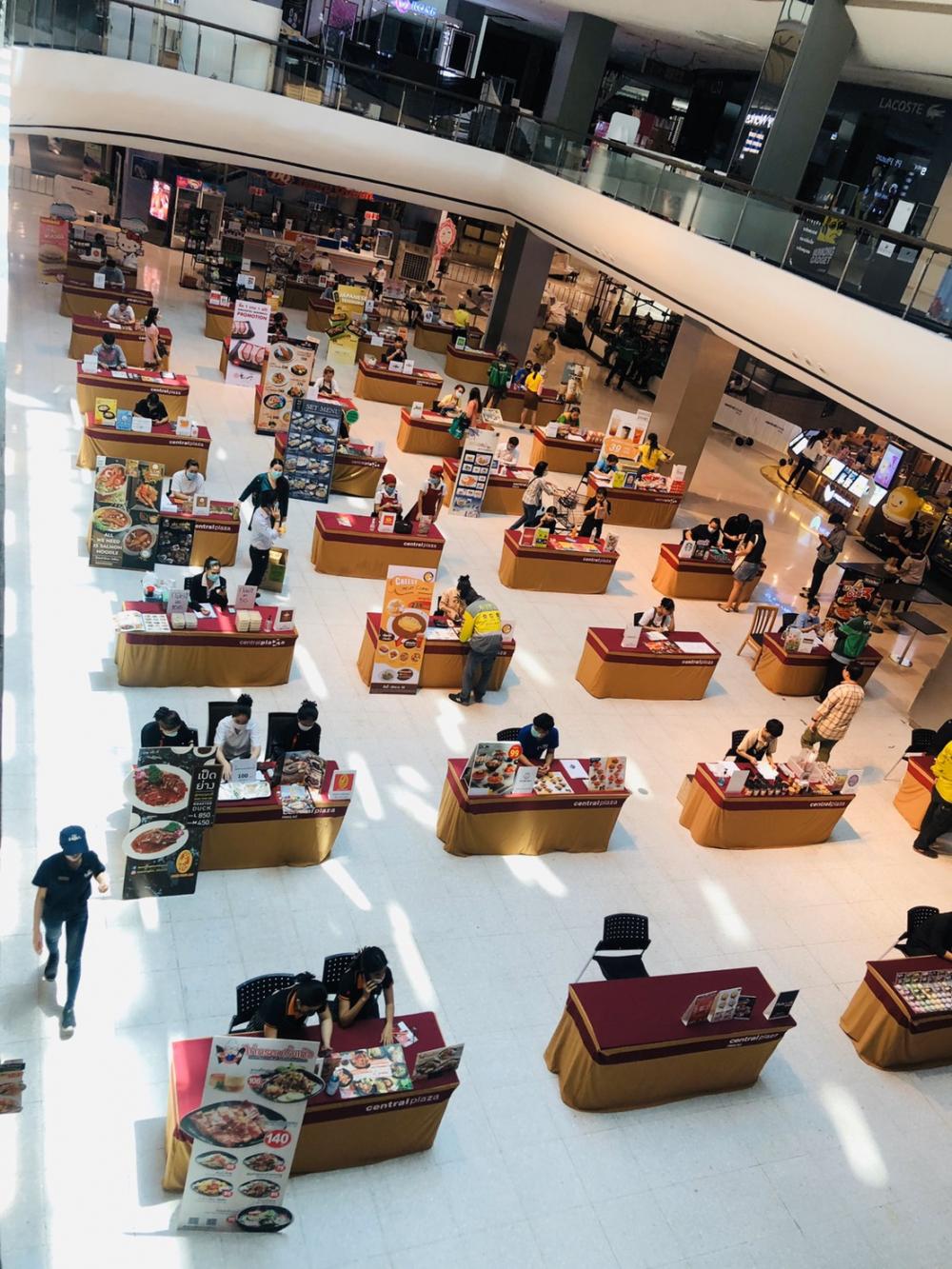 Restaurants and food chains set up stalls for home delivery services at CentralWorld as malls close temporarily because of the pandemic.

Waratsorn Vatcher, acting director of operations at Jeffer Restaurants, said the three-week shutdown is estimated to cost 20 million baht in sales. Some 95% of sales come from dining in restaurants, 4% from delivery and 1% from the takeaway.

The company provides delivery service on Foodpanda, Grab, Get Food and Lineman and by itself. Sales from all delivery channels on the first day of the shutdown for dine-in restaurants rose by 50% to almost 100,000 baht per day for 29 branches.

"We've also knocked on doors at customers' homes and buildings to accept their direct orders in a radius of one kilometre from the restaurants," Ms Waratsorn said.

Boonyong Tansakul, chief executive of Zen Corporation, the operator of food brands such as Zen, AKA, Tummour, Din's and Khiang, said the company will today start to provide delivery service for Khiang around the clock until April 12.

The company will assign some staff to recruit new customers in residential areas such as Sukhumvit, Silom, Sathon, Thong Lor and On Nut, offering customers the option to buy three meals on a daily, weekly or monthly basis to increase sales opportunities.