BoT says GDP to shrink until next year
Business 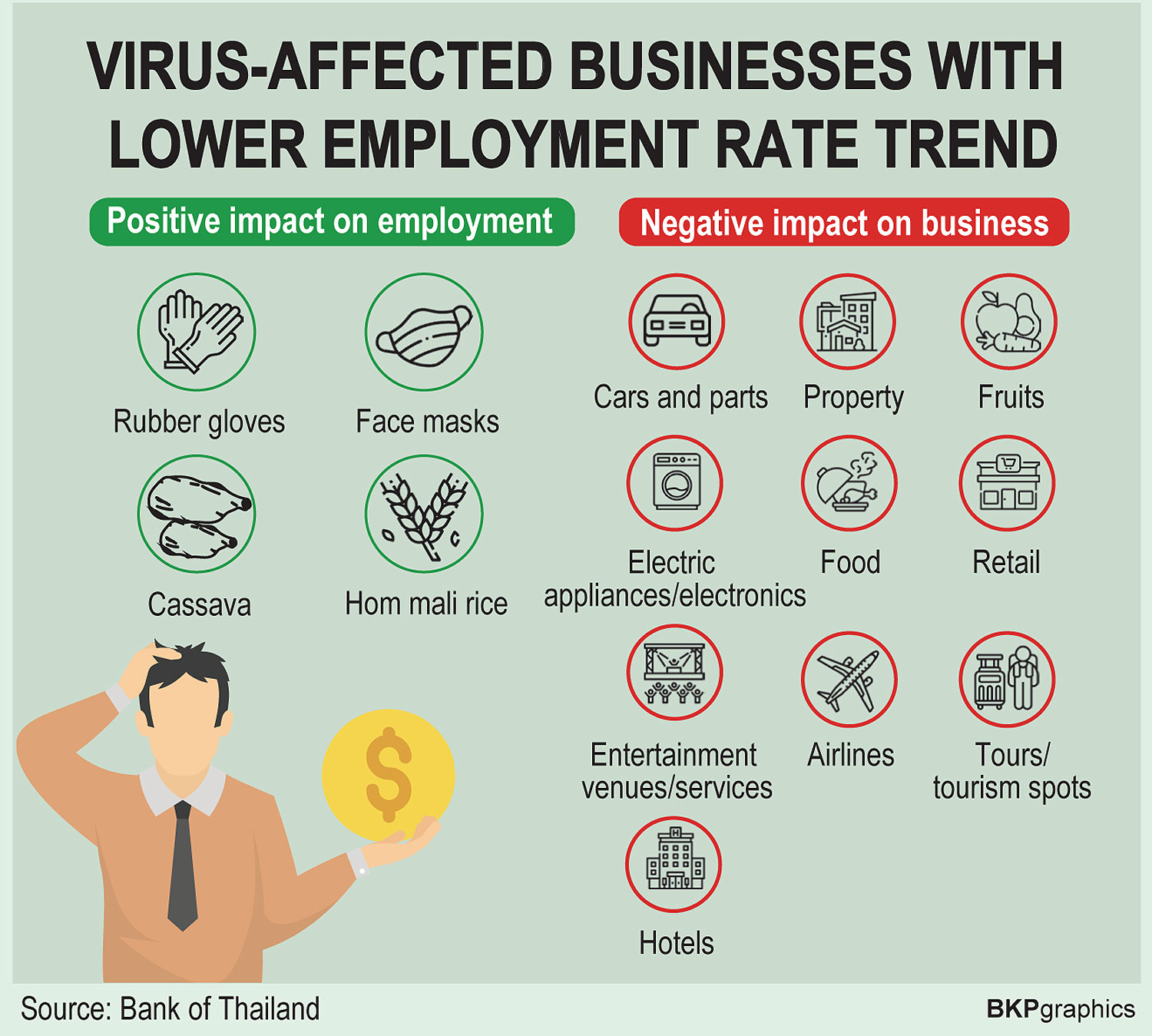 The contraction should narrow in the third and fourth quarters before turning around next year, said Don Nakornthab, senior director of the economic and policy department at the central bank.

The forecast assumes that the coronavirus spread will be contained in the second quarter and there will be no foreign tourist arrivals for three months through June because of lockdown measures globally to control movement, he said.

The central bank last week slashed its forecast for the 2020 economy from 2.8% growth projected in December to a 5.3% contraction.

"The tourism sector will see the biggest impact from the outbreak in March," Mr Don said.

Foreign tourist arrivals fell by 42.8% from a year earlier to 2.06 million in February, compared with 3.81 million in the previous month.

The number of Chinese tourists plunged 85% year-on-year in February as China's government banned group tour travel and locked down some cities to curb the outbreak, followed by South Koreans with a 73% drop and Malaysians with a 40% decline.

Overall, the drop in the number of foreign tourists has had a negative impact on tourism-related businesses such as hotels and restaurants, as well as transport.

The number of unemployed workers will increase in the period ahead after many hotels both temporarily and permanently close, Mr Don said.

According to Public Welfare Department data, the unemployment rate based on seasonal adjustment was still low at 1.1% in February.

The contraction projection already factors in the government's relief packages, including the 5,000-baht cash handout, though it is based on 3 million recipients, Mr Don said.

The first and second phases of the relief measures worth 400 billion baht should give a boost of 2-3% to GDP.

But the forecast has not taken into account the central bank's debt restructuring to ease the financial burden of borrowers, effective from today.

The planned third phase of relief measures, the size of which will be larger than the first two phases combined, would bolster the economy this year but the details are still pending.

In February, the economy contracted from a year earlier as the outbreak's impact delivered a clear blow to the economy, with all indicators with the exception of private consumption falling.