The Bank of Thailand swung back to a net profit of 365 billion baht for the first three months of this year, largely because the baht retreated against the greenback. 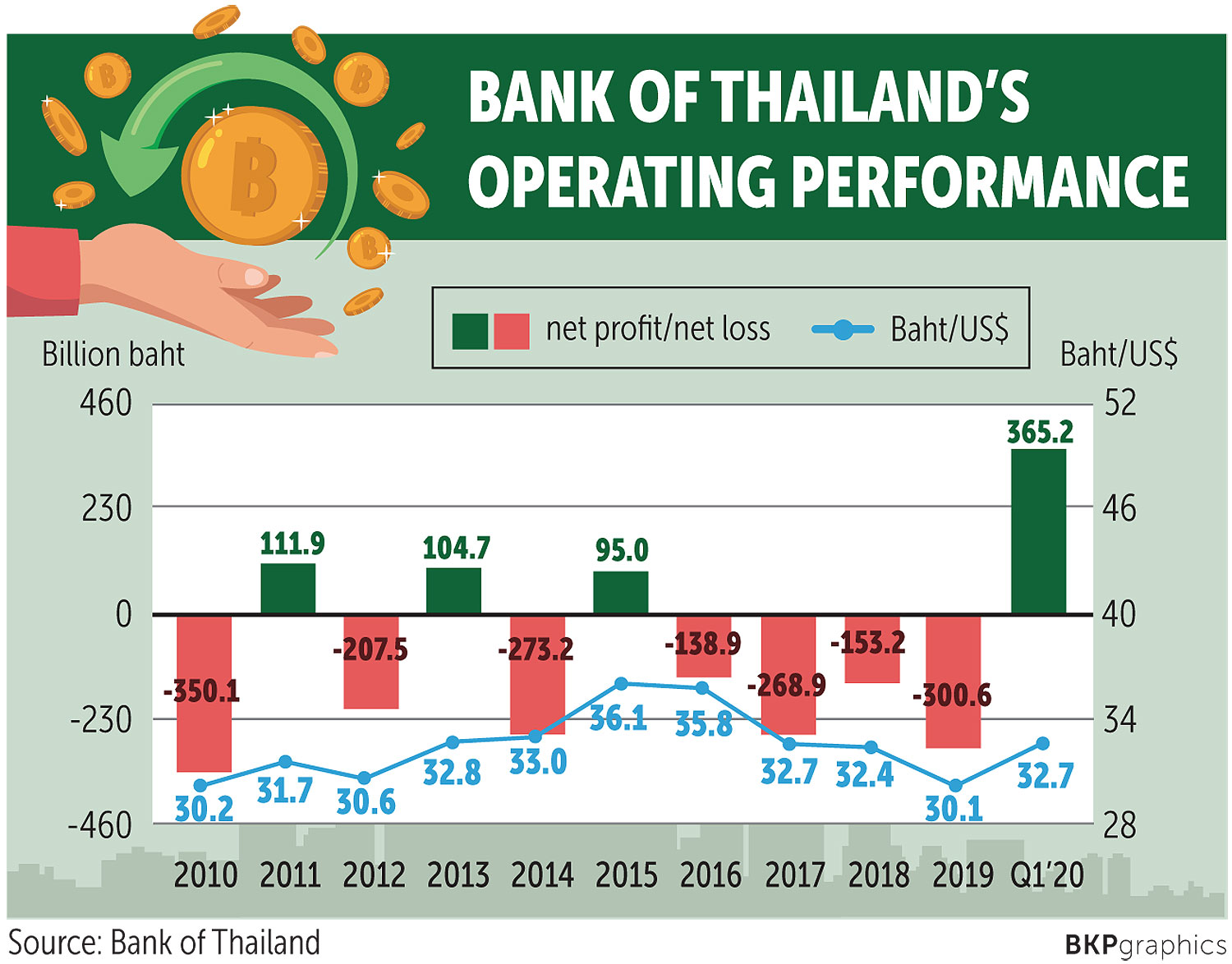 “Even though the baht weakened 8.3% against the dollar in the period, the profit didn’t affect our ability to act,” the central bank said in a statement.

The baht’s weakness resulted in an unrealised valuation profit from holding foreign reserves.

The central bank continued to take care of the local currency and bumped up foreign reserves to US$259 billion at the end of 2019 from $239 billion a year earlier.

Higher net losses in 2019 could be attributed to unrealised loss as the baht gained 7.62% against the greenback, with income from investing in foreign assets exceeding interest payment cost incurred from executing policy for a second straight year, it said.

The positive net interest income was due to higher global policy rates than Thailand's benchmark rate, the Bank of Thailand said.

The bank posted an unrealised valuation loss of 189 billion baht from holding foreign reserves in 2019, as the baht was stronger against major currencies such as the US dollar, euro, and yuan.

Accounting standards require the central bank to record the value of foreign reserves in baht at year-end.

“The net loss in 2019 largely stemmed from converting overseas asset prices into baht currency terms, while the central bank’s foreign reserve management aimed to have ample foreign reserves to provide a buffer against the global capital and financial market volatility, maintain purchasing power in the global market, prepare sufficient liquidity in case of emergencies and back banknote printing. International reserves in terms of foreign-denominated currency should be a focus rather than valuation in baht,” it said.