Packaged rice manufacturers and distributors yesterday agreed to cut their prices by as much as 50%, as requested by the Commerce Ministry. 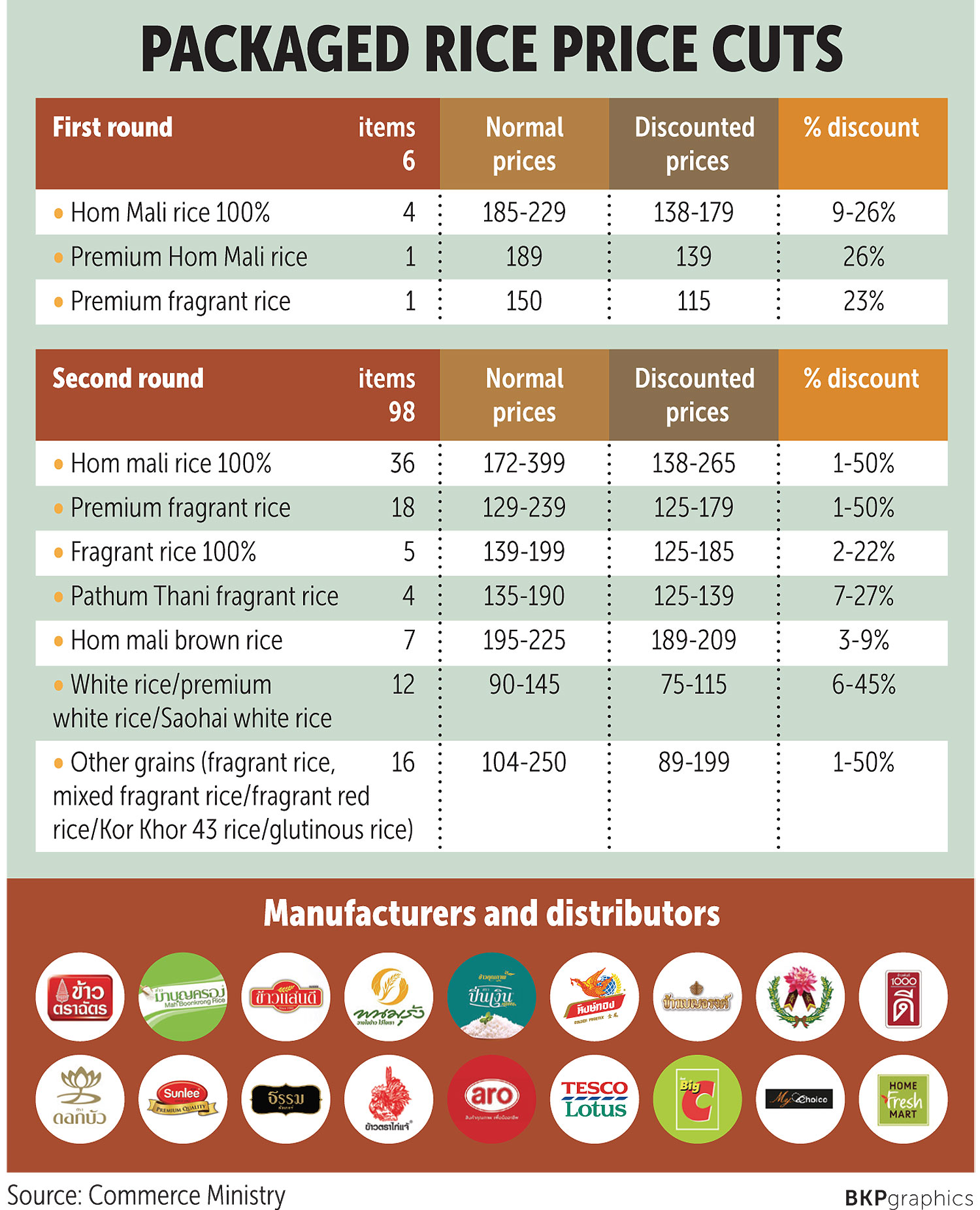 This is the second campaign initiated by the ministry to lower the prices of goods to help people during the coronavirus crisis.

The campaign starts with six categories covering 72 items from March 16 to June 30.

In the second round of the sales campaign started yesterday, running until the end of June, an additional 98 items from 18 manufacturers and distributors will have prices cut by as much as 50%.

Commerce Minister Jurin Laksanawisit said apart from products in the first and second campaigns, the ministry has assigned the Interior Ministry to add items in the following rounds. He also expects more manufacturers to participate in special sales campaigns to help reduce living costs for consumers hurt by the pandemic.

Somkiat Makayatorn, honorary president of the Thai Rice Packers Association, predicted packaged rice prices to increase further after domestic rice prices rose by 20-30% since the start of the year, mostly due to drought and a sharp rise in demand because of the pandemic.

The price of milled rice, which is used as a raw material in packaged rice production, has risen to 15 baht per kilogramme from 12.50 baht in early January.

The price of milled rice is expected to continue increasing until August or September, before the release of the new harvest into the market, said Mr Somkiat.

He said the worst drought in 40 years is responsible for farmers reporting a decrease of 1.5-2 million tonnes of milled off-season rice.

Despite the short-term demand surge, domestic rice consumption is expected to drop this year as foreign tourists veer away from Thailand.