The condominium market in 2019 included an accumulated sales rate of 525,223 units, from the total supply of 623,381 units, according to Ms. Risinee Sarikaputra, Director of Research at Knight Frank Thailand.

This represents a sales rate of 84.3%, which dropped from 2018 with a sales rate of 85.8%. The number of new condominium units sold in 2019 was only 39,919 units. The average number of new condominiums sold per year in the past five years is approximately 58,000 units per year. The number of condominium units sold in 2019 is down by 31.2% – the main reason being the LTV measures that have cut the purchasing power of investors, speculators and foreign customers as well as reduced opportunities for buyers who are looking to purchase residences, as commercial banks have implemented tighter credit controls. In addition, the Chinese government prohibits money transfers outside of the country. These factors have resulted in decreased liquidity to buy condominiums launched in the past year, and the market has slowed down considerably. 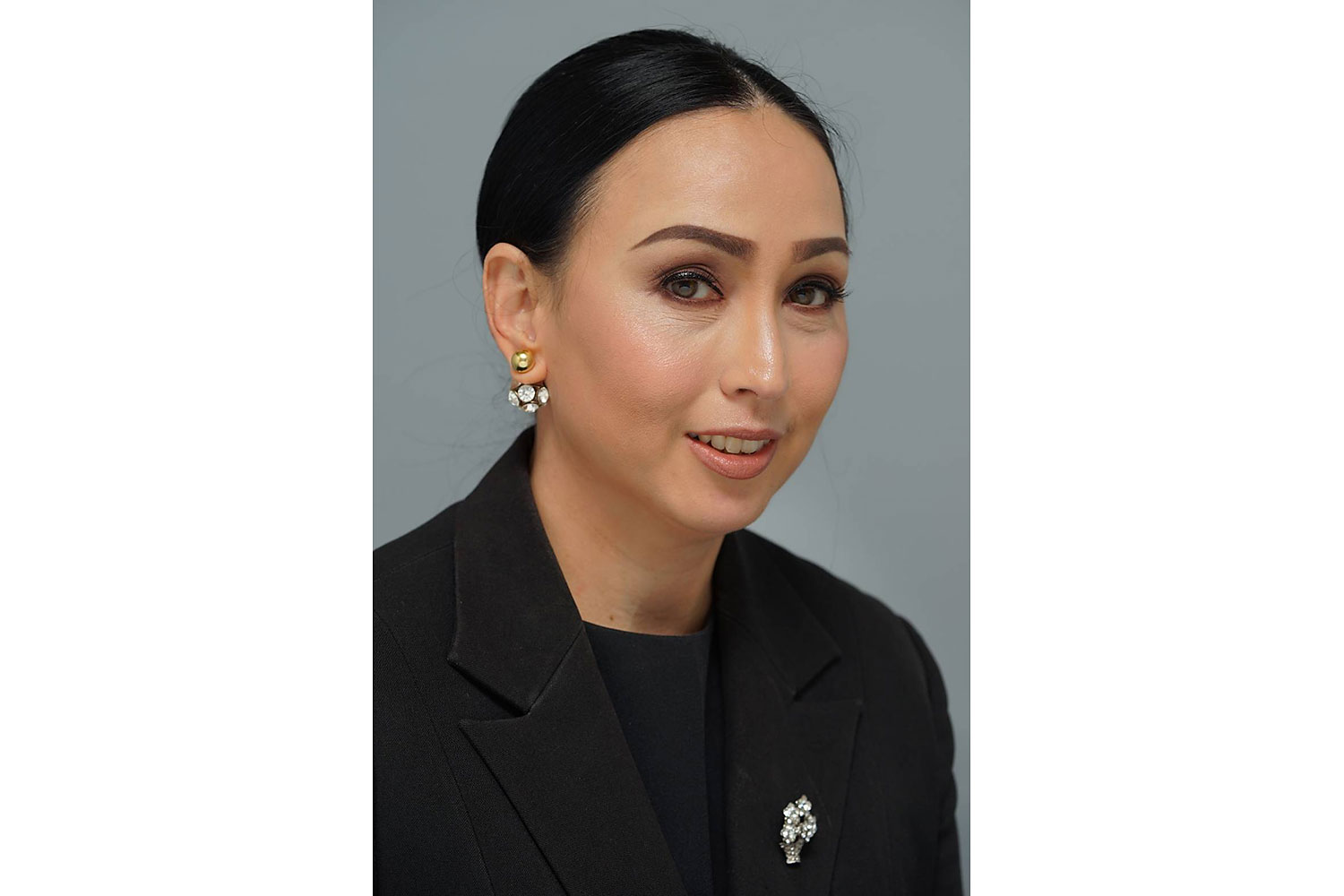 Condominium buyers in 2019 were comprised of 70%-80% of buyers with real demand or those who purchase the units as their actual residences. This group is interested in buying condominiums that are already completed and ready for occupancy. The other 20%-30% of buyers were investors interested in purchasing condominiums located along the train lines that are currently under construction or already completed. Most of the condominium units sold in 2019 were completed projects, with a selling price of less than 3 million baht per unit. Newly launched projects are still being sold but sales will be slow. Another factor that caused condominium sales to decline in 2019 was the lower purchasing power from foreign countries, especially China, due to the economic slowdown. The purchasing power from foreign and Chinese people is expected to decrease further in 2020 due to the COVID-19 virus situation, causing foreigners to refrain from traveling to various countries, including Thailand. The number of remaining condominium units for sale at the end of 2019 is approximately 98,158 units. 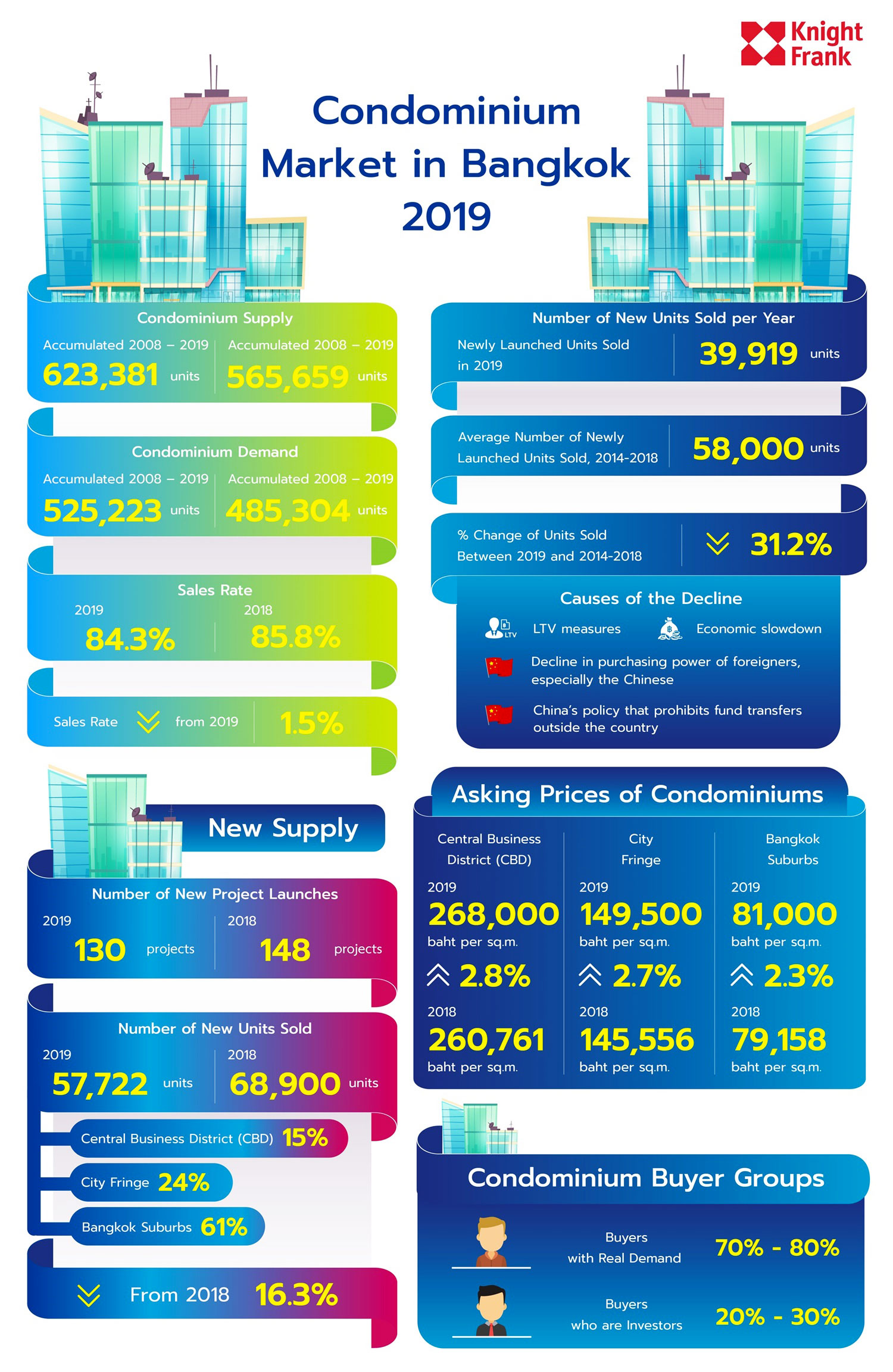 According to research by Knight Frank Thailand, there were 130 new condominium projects for sale with a total of 57,722 units in 2019. This represents a decrease from the previous year of 16.3%. In 2018, there were 68,900 new condominium units for sale. In 2019, up to 61% of the newly launched units were located in the suburbs of Bangkok, followed by 24% in the City Fringe and only 15% in the Central Business District (CBD). 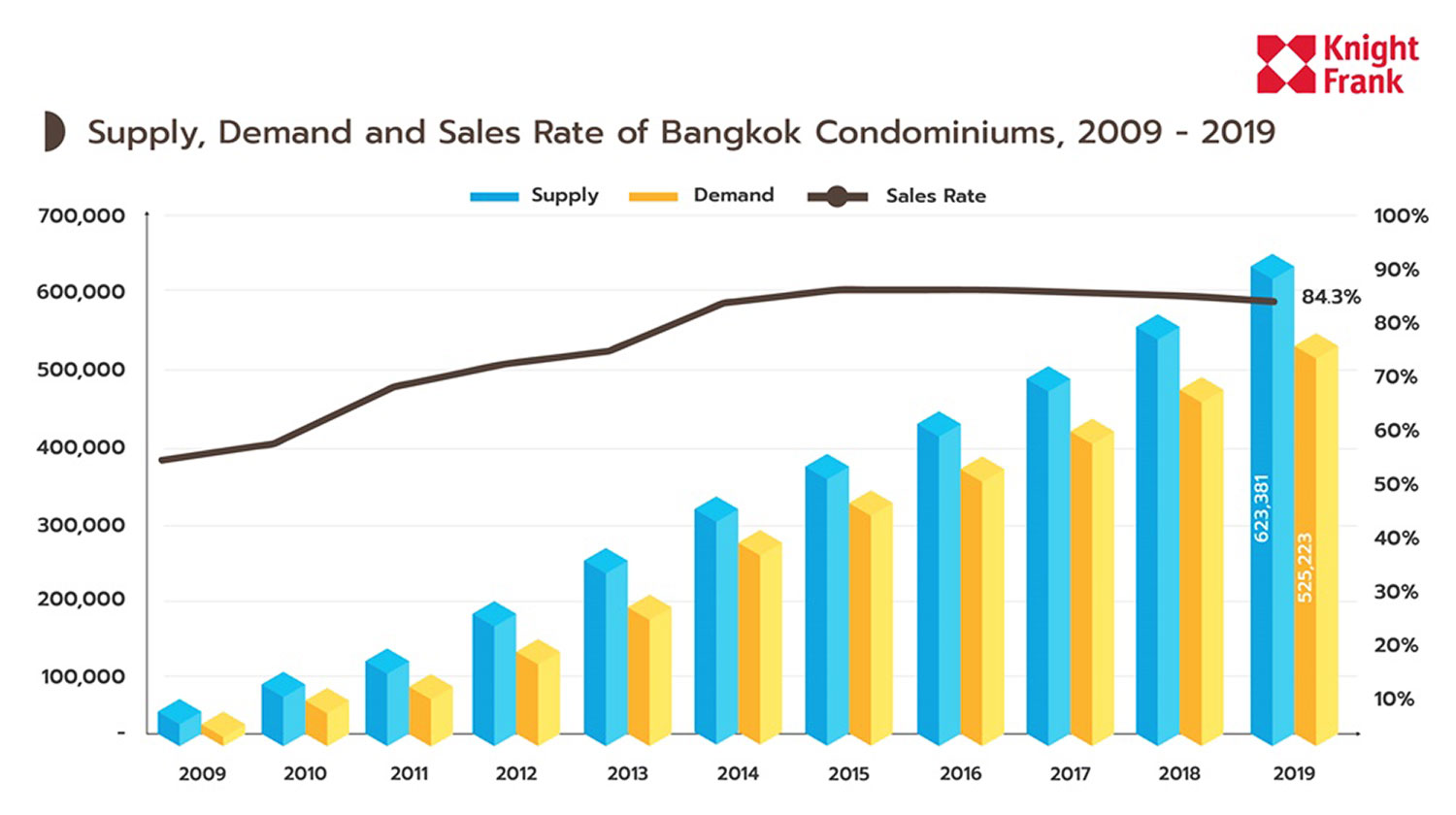 Marketing Strategy for Operators in 2020

- Slow down the launches of condominiums. Some operators, such as Land and House, Golden Land, Property Perfect, etc., have decided not to launch any condominium projects this year. Others plan to launch only one project; these include Ananda Development with Ideo Pahol - Saphan Kwai and SC Asset with the 429-room The Crest Park Residences in the Ladprao 5-way intersection area.

- Focus on developing horizontal projects such as single-detached house, semi-detached house and town houses instead of launching condominiums. SENA Development is ready to take the town house market by storm this year.

- Expand investment to the provinces. For example, AP Thailand has adjusted its strategy to expand to the provincial markets, launching a new brand in the 1-2 million baht price segment. They will launch this in four to five regions, with one project per region. The first such project will be in Nakhon Sri Thammarat province.

- Offer condominium rooms as long-term rentals, and then compile a large portfolio of 50-100 rooms to be sold to a big investor. This strategy is being undertaken by LPN, with their pilot projects being Lumpini Township Rangsit-Khlong 1, Lumpini Rama 3-Riverine and Lumpini Place Phahonyothin 32.

- Some operators that have launched projects have found that the project cannot be sold due to the economic conditions and the COVID-19 epidemic. They have halted sales and are waiting for the situation to improve before resuming sales. These include The Tree Charan-Bangplad project, which was launched in the middle of 2019 and only 20% has been sold; the developer, Pruksa Real Estate, thus decided to close project sales and postpone the new launch until a more opportune time. They also transferred the group of customers who bought units in this project to four other projects in the area, to increase sales in the projects that have already been launched and are fully ready for sale in the market. In addition, there are condominium projects from operators that have stopped their sales due to the economic slowdown, such as the LK Tower project of Link Property, located on Nuanchan Road; and Mayfair Place Victory project of PTF Realty, located on Vibhavadi Rangsit Road.

- The condominium market in 2020 faces even more challenges than 2019. According to a survey among condominium sales offices in Bangkok, project visits decreased by 15% to 20% from last year. Due to COVID-19, all project development operators have had to exercise more caution. The forecast of the real estate market this year is more difficult to devise than last year due to the unpredictability of COVID-19 and how long it will last. Knight Frank has examined the plans of 20 listed companies to launch condominium projects, and it was found that these 20 companies have adjusted their plans; there will only be 52 condominium projects launched in 2020 with approximately 13,000-15,000 units entering the market. When combined with the launch plans of small companies, it is expected that there will be no more than 20,000 newly launched units in 2020, reflecting more than a 65% decrease from the new launches during the previous year. 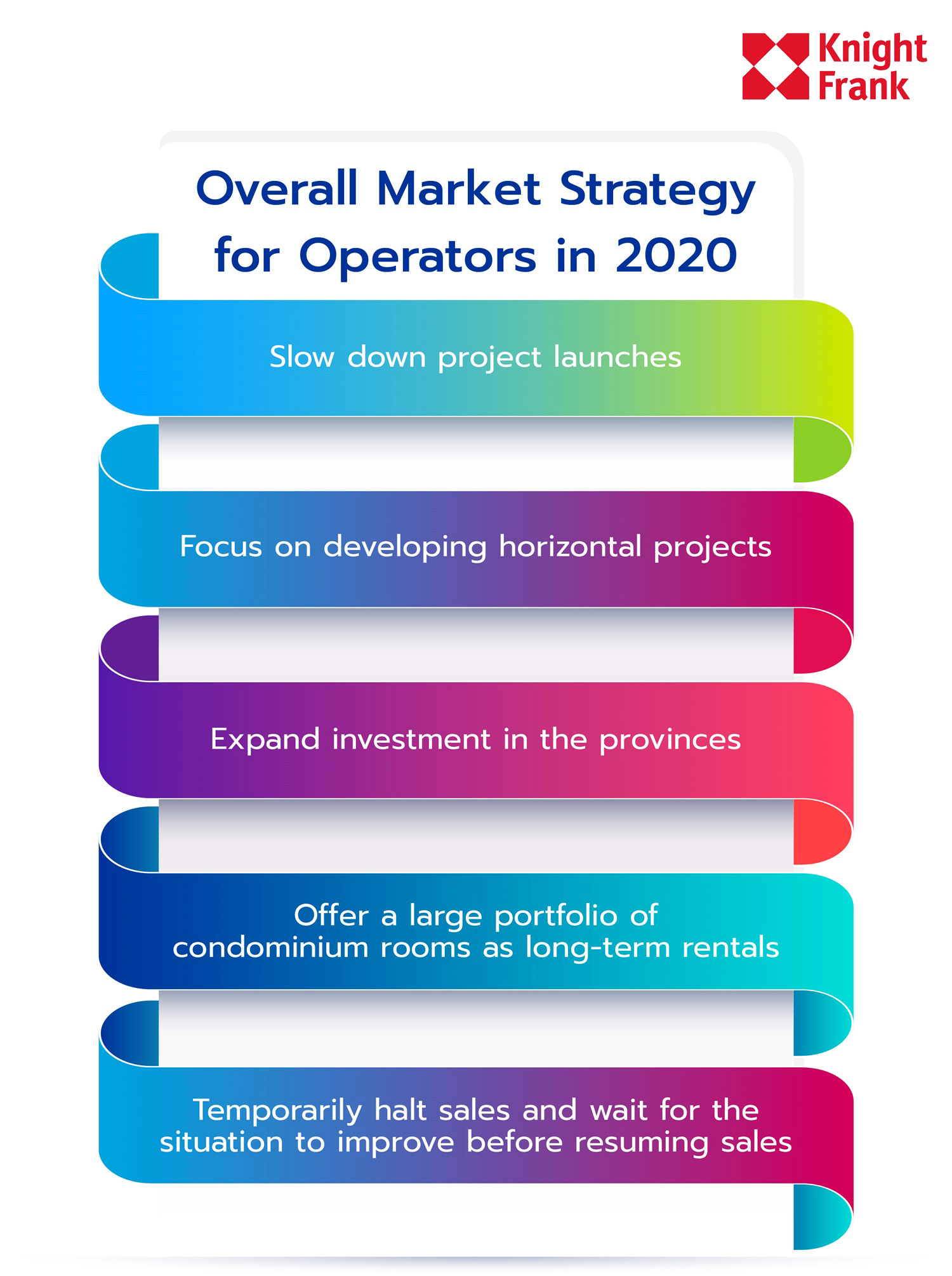