Condo investment buyers are starting to rule the market again by scooping up ready-to-transfer units at discount prices and speculating to reap capital gains over the next two years as the pandemic fades, according to property consultants.

The heavily discounted prices from top developers have lured many investment buyers this month after they went missing from the market when loan-to-value limits took effect last year, said Risinee Sarikaputra, director of research and consultancy at Knight Frank Thailand.

"They are now coming back, thinking that the bottom of the condo market is worth an investment today," she said.

For instance, a unit on Ratchadaphisek Road is offered at 2.6 million baht, a 42% discount from a price of 4.2 million baht. 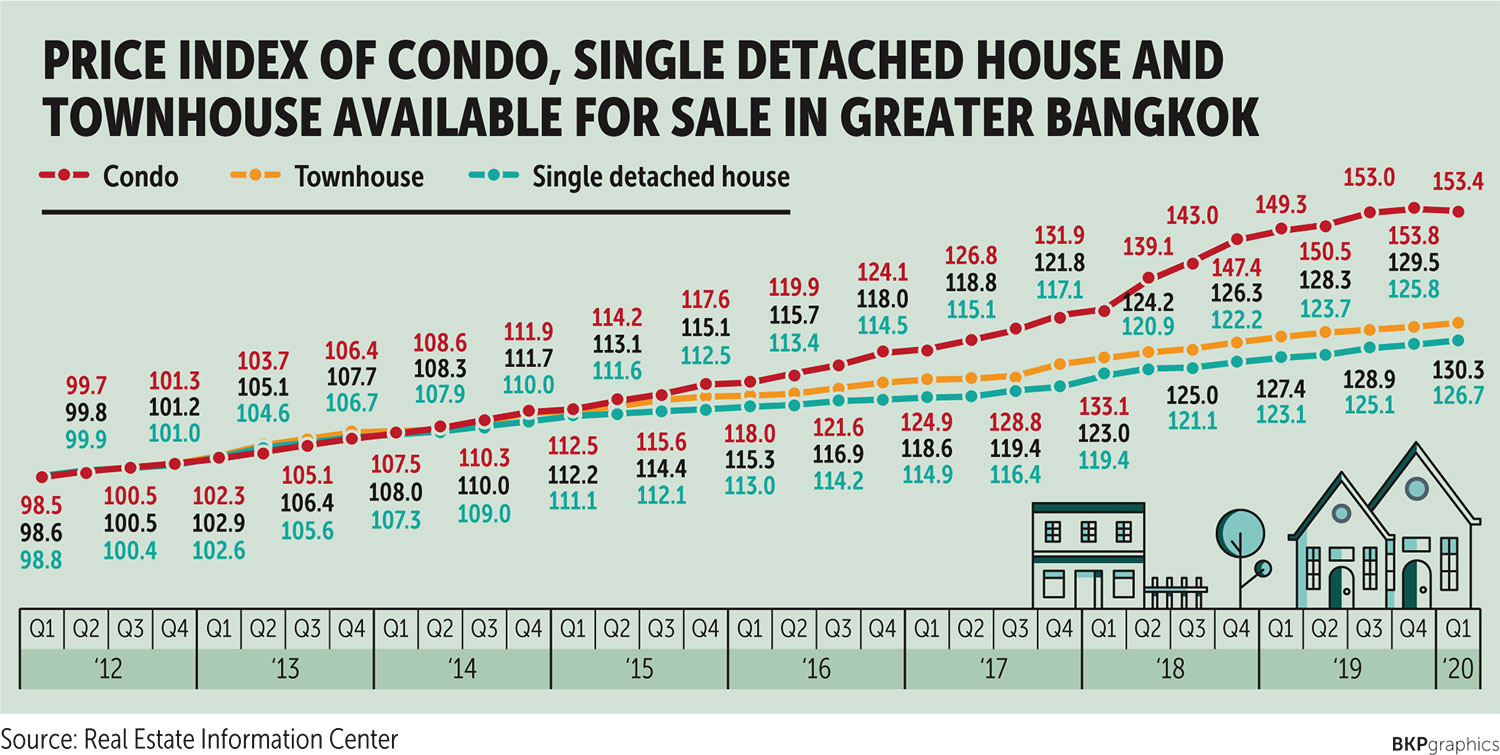 This month top developers such as Sansiri, Ananda Development, Noble Development and Major Development offered tremendous discounts to drain condo stock and get cash before the economic outlook worsens.

"Heavy discounts are applied to limited units, which is normally the tactic to draw in customers to the sites," Ms Risinee said. "Even if those units were sold out, developers would offer others at a discount price."

She said more than half of the buyers were investors. Some sold stocks during the market panic and used the proceeds to buy condos.

Some borrowed to buy as developers offered to pay for mortgage loan instalments for two years.

"A number of buyers also shifted from renting to buying as they were worry-free about payment of mortgage loan instalments from that campaign," Ms Risinee said.

Developers are running this campaign because a direct discount might hurt original customers who bought units during the initial launch when prices were higher.

But the current discounts include a waiver of all expenses paid on transfer date such as common area fees, a sinking fund, water and electricity meter fees, and the transfer fee, she said.

The waiver of loan instalments for 24 months might suit some buyers who are financially insecure, but investment buyers are betting on the prediction of an economic slump lasting until 2022.

During this time, they can gain from renting out the unit, or hold it until the outbreak ends or the economy recovers.

Ms Risinee said investors could wait for two years and resell units to earn capital gains at that time.

"The pricing campaign was successful as many developers could close projects with a number of unsold stock they carried over from a year ago."

They also gain cash during the economic uncertainty.

Some developers even overachieved sales and transfer targets in the first quarter, Mr Phattarachai said.

According to the Real Estate Information Center (REIC), the first quarter of 2020 saw a quarterly decline in the condo price index for Greater Bangkok for the first time since the survey started in 2012, with a drop of 0.3% to 153.4 from 153.8 in the fourth quarter last year.

A year-on-year rise of 2.7% from 149.3 in the first quarter last year was the lowest increase as developers promoted discounts said Vichai Viratkapan, acting director-general of REIC.

Nearly 42% of the 150 projects REIC surveyed offered a discount of 10-36.2% for ready-to-transfer condos and units where buyers either refused transfer or were rejected for mortgages.

The price index of single detached houses and townhouses in Greater Bangkok continued to rise to 126.7 and 130.3, respectively, in the first quarter of 2020 from 125.8 and 125.9 in the fourth quarter last year.