The mass-transit business, which has taken a big hit from the Covid-19 pandemic, is likely to pick up steam after more extensions and new lines become operational, according to BTS Group Holdings Plc.

Surayut Thavikulwat, chief financial officer of BTS, said on Monday the Covid-19 outbreak has affected the company's earnings before interest, tax, depreciation and amortisation (Ebitda) over the past nine months.

He said ridership has also been hurt by the government-imposed lockdown and social-distancing measures, which were ordered to curb the spread of the the coronavirus from late March and throughout April.

However, he said the mass-transit business should pick up steam after the next phase of the BTS Skytrain's Green Line extension is opened, along with the new Gold, Pink, and Yellow lines.

The 4.3-kilometre Green Line extension between Kasetsart University and Wat Phra Sri Mahathat will officially open to the public on June 3, while the Gold Line -- the country's first monorail which will run from Krung Thon Buri Road to Iconsiam -- will open later this year.

The Pink Line, which will connect Khae Rai and Min Buri, and the Yellow Line, which links Lat Phrao with Samrong, are scheduled to open late next year.

Mr Surayut was speaking at a forum to share the company's plans for May 2020-March 2021, as the government is now gearing up for the second phase of lockdown relaxation.

He said the company has made preparations for the easing of the lockdown.

Last week, authorities called on the BTS Skytrain operator to limit its passenger numbers to only 250 per train, or just a quarter of its usual capacity, to ensure safer trips during the pandemic.

BTS has four major business arms -- with mass transit being just one of them. The three others are train maintenance, mass-transit construction, and "other operations" including media, digital services, and property.

"Ridership accounts for 11% of Ebitda, so it has an adverse impact on the company. But train operations and maintenance services are not affected. We can accelerate construction of mass-transit routes. It's the advantage of diversification," he said.

He said the company's advertising arm is likely to be affected by the Covid-19 pandemic, but growth from its logistics business is hoped to offset the losses.

He added that the company is considering offering more so-called "green bonds", after its first issuance was well-received by the public. 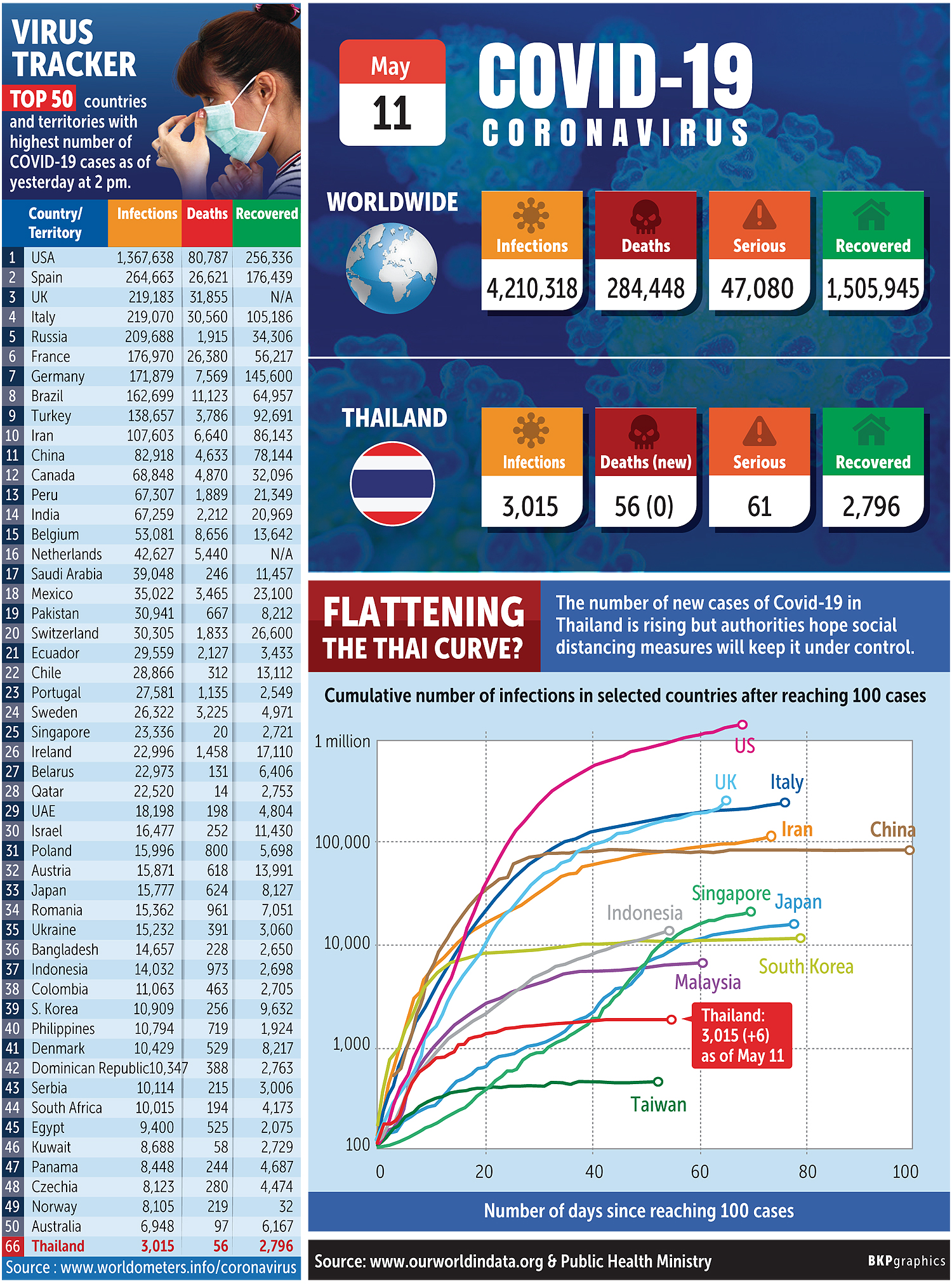