The National Credit Bureau's 104 members saw an upsurge in non-performing loan (NPL) ratio to 8.1% at the end of March from 6.8% a year earlier as headwinds such as the coronavirus outbreak took hold, says the NCB.

Bad loans for mortgages, auto and personal loans and credit cards in the bureau's database amounted to 636 billion baht at the end of March, of which Gen X had the biggest slice at 280 billion baht, followed by Gen Y at 270 billion baht, baby boomers at 84 billion baht, and Gen Z and the silent generation at 1.2 billion each, according to NCB data.

The 104 NCB members consist of banks, non-bank financial companies, picofinance and nanofinance operators and cooperatives, among others. 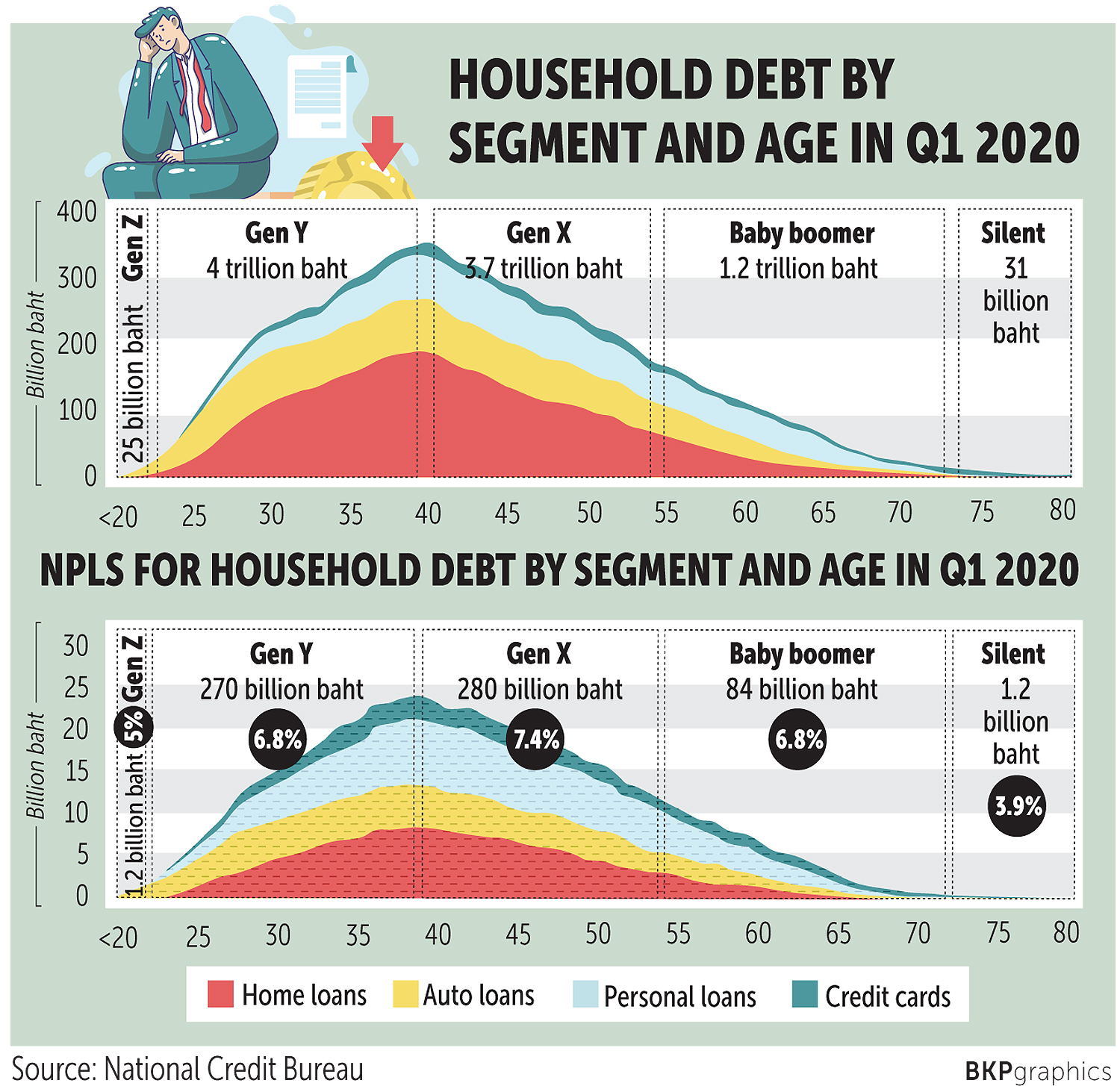 NCB chief executive Surapol Opasatien said Gen Xers, particularly those aged 38-40, were the major contributor to household debt and NPLs as of the end of March.

According to the age breakdown, individuals aged 38 borrowed personal loans the most for the January-to-March quarter, age 30 had the highest auto loans and age 40 had the biggest housing and credit card debt.

"The largest debt burden was concentrated in borrowers aged 38-40, reflecting a midlife financial crisis," Mr Surapol said. "Some of them must be indebted until 60 or above. This raises concern about their savings and living quality after retirement."

In Thailand, most Gen Z borrowers are around 20 years old and are online vendors, he said. They managed to tap into data-analytics-based digital loans, given their cash flows in deposit accounts. Their credit line averages 30,000-50,000 baht.

During January to April, the NCB's members had loan applications totalling 5.8 million, averaging 1.45 million applications per month, down from the monthly average of 1.5 million in 2019.

The lower number of loan applications could be attributed to an adjusted loan application process of creditors, Mr Surapol said, adding that most lenders are requiring NCB credit records from applicants before allowing them to apply for loans.