Michael George DeSombre, the new US ambassador to Thailand, has pledged to support the US private sector moving more manufacturing bases to Thailand, while extolling Thailand's response to the pandemic.

After the new US ambassador paid a courtesy call on Wednesday, Commerce Minister Jurin Laksanawisit said the US praised Thailand for its outbreak response, which has made the country more attractive for investment.

Mr Jurin also quoted Mr DeSombre as saying the US is willing to offer cooperation on intellectual property to remove Thailand from the US's watch list.

On April 29, the US Trade Representative announced it would keep Thailand on its watch list for a fourth consecutive year after taking the country off its Priority Watch List in 2017.

US authorities remain worried over counterfeit products sold in physical and virtual markets. 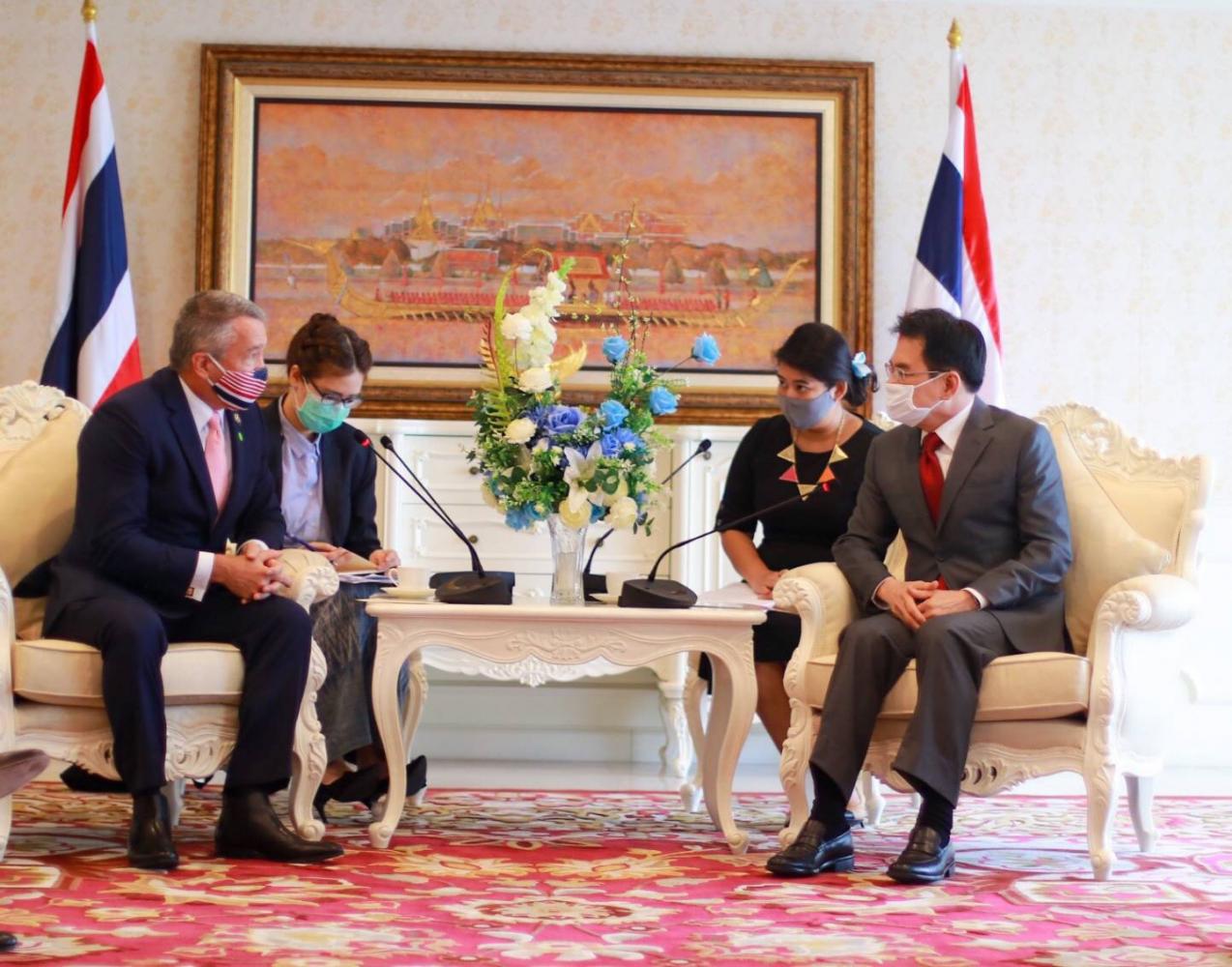 The US requested Patpong Market in Silom district in Bangkok and the popular online trading platform, shopee.co.th, receive closer surveillance.

Thailand is among 23 countries on the watch list. Others include Vietnam, Pakistan, Romania, Brazil and Canada.

According to Mr Jurin, Thailand also called on the US to import more raw materials from Thailand such as rubber, rice, food, farm products and digital content.

He also asked for cooperation to help facilitate the shipments of certain Thai products such as beverages, fruit and other perishable goods, as well as a request to relax port regulations.

The US is Thailand's third largest trading partner following China and Japan, with two-way trade in 2019 totalling US$48.6 billion.

Thailand registered a trade surplus worth $14 billion over the US last year.