As his long career at the telecom regulator winds down, Takorn Tantasith reflects on a period of dizzying change.

When Takorn Tantasith joined Thailand's telecom regulator in 2005, for most people a phone was just a phone. Remember? A simple device used by one person to call another. 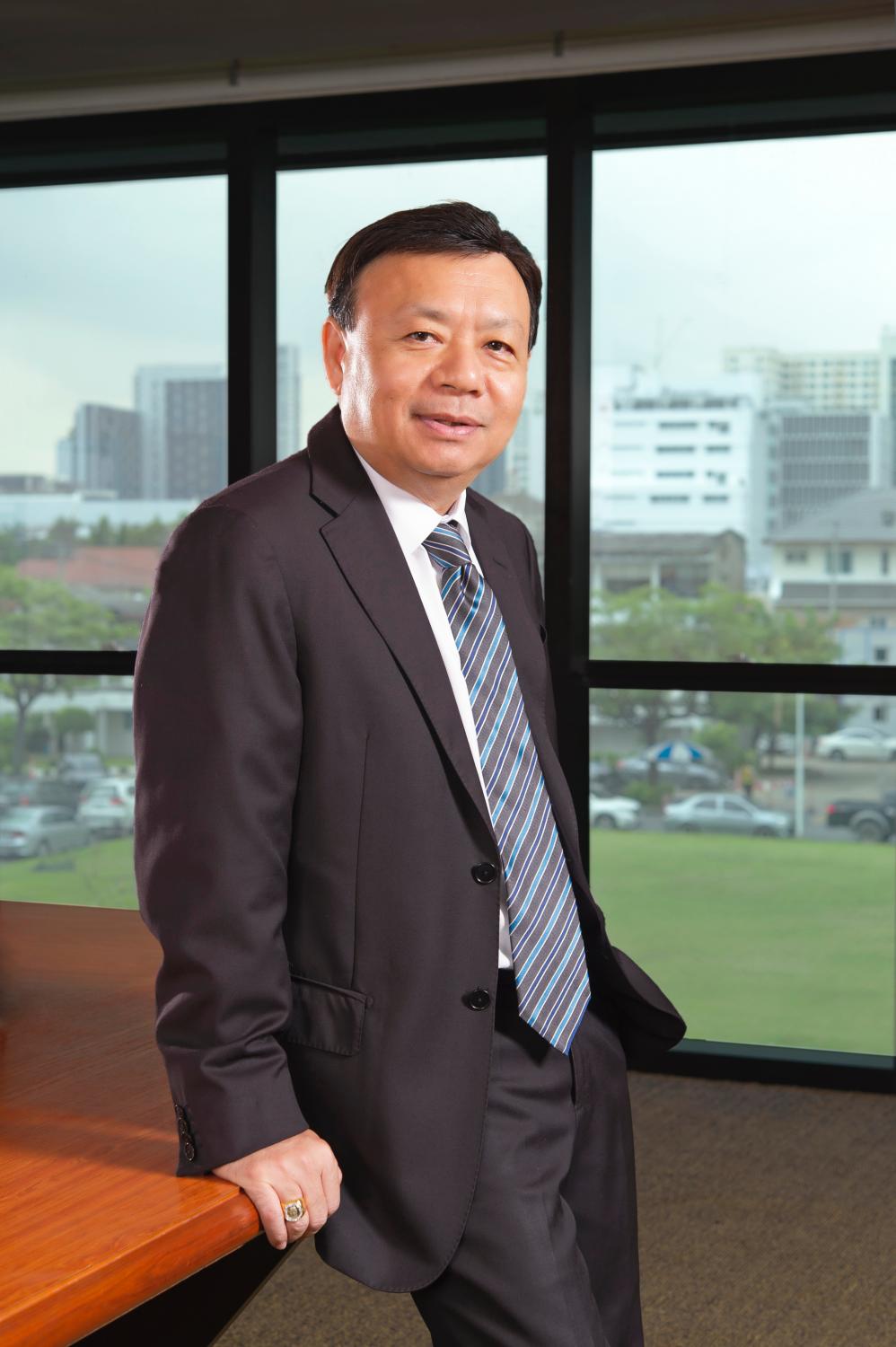 Now nearing state-mandated retirement, Mr Takorn has spent 14 years at the NBTC and its precursor.

But during his tenure Mr Takorn oversaw and enabled a transformation, not just of technology, but of a society into a perpetually connected, always informed, digitally obsessed nation, where a phone is not just a phone but a gateway to the world.

As the nearly 60-year-old career bureaucrat mulls his state-mandated retirement as secretary-general of the National Broadcasting and Telecommunications Commission (NBTC), he is taking time to consider a legacy which transcends the role of a regulator: that of point man for Thailand's mobile revolution.

"Achievement of the goal is more important than extensive personal knowledge," Mr Takorn says humbly of his 14-year career at the NBTC and its precursor.

He holds no pretension of being a technological genius, despite being the gentle guiding hand of the country's technological development through regulation and central planning. In fact, most of his knowledge came through other people, managing teams and listening to subordinates -- about 70% of it, by his reckoning.

During Mr Takorn's time in the driver's seat at the NBTC office, Thailand led the region in 5G adoption and gave Thailand mobile usage rates to rival the West's. Not just the tech sector, but the whole of Thai industry has benefited considerably from the roll-out of high speed broadband, then the subsequent advancing generation of wireless data connectivity.

Perhaps his crowning achievement was defining the role of the telecom regulator for the digital era, whereby the state lays out the roadmap so the nation's three big telecoms can kick development into fourth gear.

All good stories must come to an end. September, when Mr Takorn turns 60, will mark the end of his term as secretary-general. But even before that, he submitted a resignation letter to the NBTC's chairman asking to retire on May 18. He made the request a few days after the multi-billion-baht 5G licence auction -- a fitting final chapter to his nine-year stint as secretary-general.

While the timing may have been convenient, his real reason for wanting to leave in May was to see his son graduate from Harvard University.

"Previously I had planned to spend one or two months travelling abroad with my family before deciding what I should do next," Mr Takorn says.

But in April, NBTC chairman Sukit Khamasundara passed a resolution to delay Mr Takorn's resignation to July 1, saying the commission needed time to set up a comprehensive transition of management to maintain continuity, a measure that carries extra weight in the current time of crisis. There are also some loose ends to close, like remedies and compensation for MCOT after its 2600MHz spectrum band was given to private telecoms.

"I don't dwell on the position or role in the organisation," Mr Takorn says. "I had a strong intention when I started working at the NBTC office that I would step down at the proper time and pave the way for a newcomer to replace me."

Mr Takorn has devoted his working life to civic affairs, starting his career at the Budget Bureau in 2004 as an analyst. The next year he became the adviser to the chairman of the State Audit Commission.

He moved to telecom regulation in 2005 at the now-defunct National Telecommunications Commission (NTC), the precursor to the NBTC.

"I was persuaded to join by NTC chairman Choochart Promphrasid to handle procurement and other matters in the back office," Mr Takorn says.

He admits coming to the job with no telecom experience, or much knowledge of the industry for that matter. But clearly the office saw his potential to one day become a shrewd regulator: he was appointed deputy secretary-general of the NTC in 2006, holding the position until 2009.

The role gave him the opportunity to learn the ropes at a particularly exciting time in telecom. The first smartphones were just peeking out of obscurity, and telecom infrastructure would have to prepare considerable changes to accommodate the coming mobile revolution.

Mr Takorn became acting secretary-general of the NTC in December 2009, following the resignation of his boss, the former secretary-general. He continued in the acting role after the NBTC Act went into effect in 2010.

"I had gradually learned much knowledge since 2009 through many business trips and seminars abroad, especially in countries in Europe that led the world in telecom development and innovation," he says.

After the NBTC was formed, Mr Takorn was chosen by the board to be secretary-general in 2012, having proved his aptitude at learning the sector and his ability to grow into the leadership position.

"I had doubts about my own capabilities when I was appointed the new secretary-general of the NBTC," he says. "It was a new body with a greater regulatory scope, and some of the issues we were dealing with were complicated, controversial and created disputes."

But like in his previous positions, he was able to rise to the occasion.

"As of now, I personally believe [the board] selected the right man for the seat," he says. 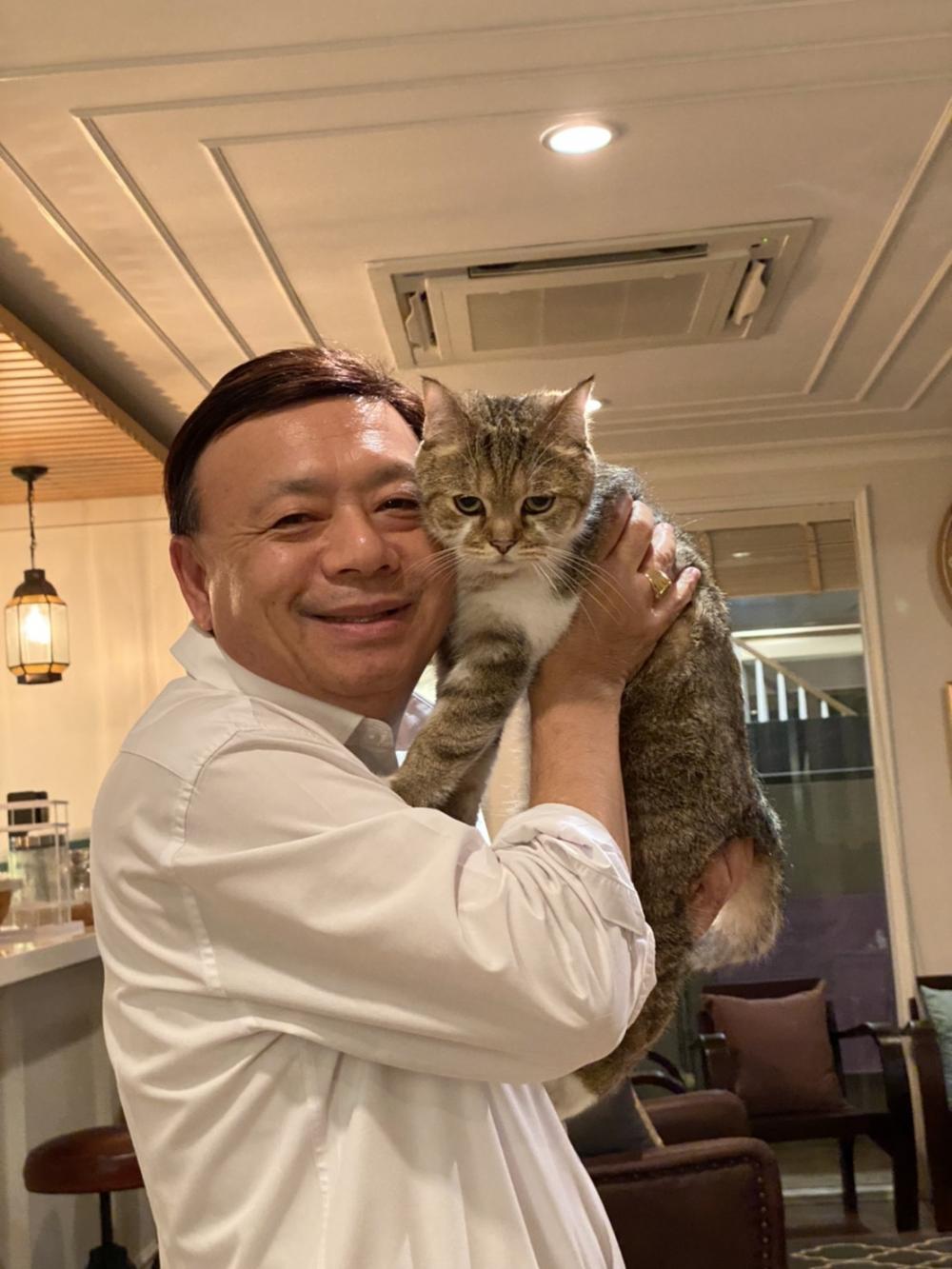 As secretary-general, Mr Takorn wanted to elevate Thailand's telecom regulator to international esteem and modernise the growing industry, which in turn would modernise the nation. He aimed to raise the office's standing with the rest of the government and prove that telecom was key to Thailand's success in the 21st century.

Looking back, he feels he succeeded. He is proud of the elevated status of the NBTC in government, as well as its standing with the International Telecommunication Union (ITU), the telecom agency of the United Nations, and the Asean Telecommunication Regulators Council.

Representatives of ambassadors in several countries have visited and consulted with the NBTC and its board over the past several years, reflecting its international reputation and its considerable growth from the small office it was a decade ago, Mr Takorn says.

But reputation is one thing; actions are another. Mr Takorn's most public duty at the NBTC was facilitating spectrum auctions, an unenviable task of distributing a limited but vital resource. He had to find a balance between promoting infrastructure development, spurring innovation, quelling monopolies and keeping the increasingly powerful stakeholders happy.

He also oversaw the transition from analogue to digital television and released roadmaps to guide frequency management.

Mr Takorn says he has no specific role model for his management style. He just weighs the pros and cons of the behaviour of the leaders around him.

"Accomplishment is the goal," he says. "The rest is aesthetics."

Mr Takorn says the leadership style at the NBTC has allowed it to tackle the many challenges it has faced over the years.

An early riser, Mr Takorn is usually up at 4 or 5 in the morning. Much of his working day is spent finding solutions to the endless problems that come with managing a nation's telecom development, as well as managing staff. He says he usually hits the bed by 9pm.

He estimates that the past seven years of working life as leader of the NBTC would be equivalent to 20 years working elsewhere. Keeping the country up to speed, quite literally, with technology and managing the transition from 3G to 4G to 5G are not jobs for the lazy.

Thailand had been challenged by the ITU and the GSMA over insufficient spectrum resources for telecom operators in the country to operate wireless broadband services.

Previously, the ITU and the GSMA, an international interest group representing telecom companies, raised concerns that Thailand had insufficient available spectrum to allocate to wireless broadband, an area that was growing rapidly, as much of it was tied up in stagnating sectors like digital TV and state-owned satellites.

These concerns were put to rest this year through months of savvy negotiations to get some sunsetting stakeholders to give up spectrum to be used for more practical and modern purposes like 5G.

The multi-band licence auctions for 700-, 1800- and 2600MHz and 26GHz have paved the way for the roll-out of 5G this year, already available commercially through some telecoms, making Thailand a trendsetter for the region.

The auctions under Mr Takorn's tenure have generated a combined 522 billion baht in revenue for the state. Although some, chiefly the three major telecoms, have criticised the spectrum costs as too high, delivering such a large sum to the state coffers will be one of the biggest parts of his legacy, especially in light of the current crisis as the government pulls together every baht it can to provide relief to Thais during the pandemic.

As his tenure draws to an end, Mr Takorn says there will be plenty of work for his replacement. He had hoped to do a bit of travelling over the summer in order to take perspective, but those plans have changed.

Many challenges lie ahead, like finding a solution to the overhead cables piling up throughout Thailand, not just an eyesore but increasingly a public safety concern. And finding new ways to keep Thailand on pace with and even ahead of the rapid technological changes in the telecom sector.

And there will always be another G.

FAMILY
- Married with two sons and a daughter