Factories are not the only business moving into Vietnam — Thai craft beer has found an unlikely home in the neighbouring country, thanks to stiff regulations that keep small players from entering the market back home.

Sporting very Thai names like Mahana­khon, Krung Thep and Khao San, Thai craft beers often appear foreign in their own country because of the obtrusive import sticker and "Made in Vietnam" (or a number of other countries) printed on the side of the bottle.

Thailand's creaky beer regulations stipulate that new players entering the market must brew at least 10 million litres of beer each year and have over 10 million baht in capital, an impossible bar for small brewers to enter the market and protecting the duopoly of ThaiBev, the maker of Chang, and Boon Rawd Brewery, which makes Singha and Leo.

While Thailand used to have a larger underground craft brewing scene, many have gone overseas to brew their beer legally after a few high-profile arrests by the Excise Department. And increasingly Vietnam is offering the best mix of price, quality and logistical options. After import tariffs, excise tax and cold storage shipping costs, many beers become unaffordable to the average consumer in Thailand.

While Thai craft beer is brewed in a number of other countries, increasingly brewers are moving to Vietnam to contract the brewing of their beers with local organisations that can offer competitive prices for small batches, more affordable than other Asia-Pacific craft beer nations like Australia and Taiwan. Distributors in Vietnam can ship the beer back to Thailand in cold containers that preserve the original taste of the beer at frequent shipping schedules.

Recently Mike Roberts, founder of Loei-based Outlaw Beer, moved his production to Vietnam, while still brewing one beer variety in Cambodia, allowing for an array of options in the brewing process, and especially the ability to ship cold from Vietnam back to Thailand. His beer is unfiltered and unpasteurised, so it must be shipped at cold temperatures.

This means frequent trips to Vietnam to keep watch over the brewing process.

"My background is in homebrewing, so I want to be hands on," he said. "I bring my own hops, taste the beer and make decisions about how to ferment."

Heart of Darkness Brewery, a craft brewery in Ho Chi Minh City founded in 2016, only started taking contracts from Thai brewers last September, but it now works with 18 different Thai brewers to make beer for the Thai market.

"The minute we said yes to one brewer, the floodgates opened," said John Pemberton, chief executive of Heart of Darkness. "We love sharing the craft scene, helping them come up with recipes and bouncing ideas off each other." 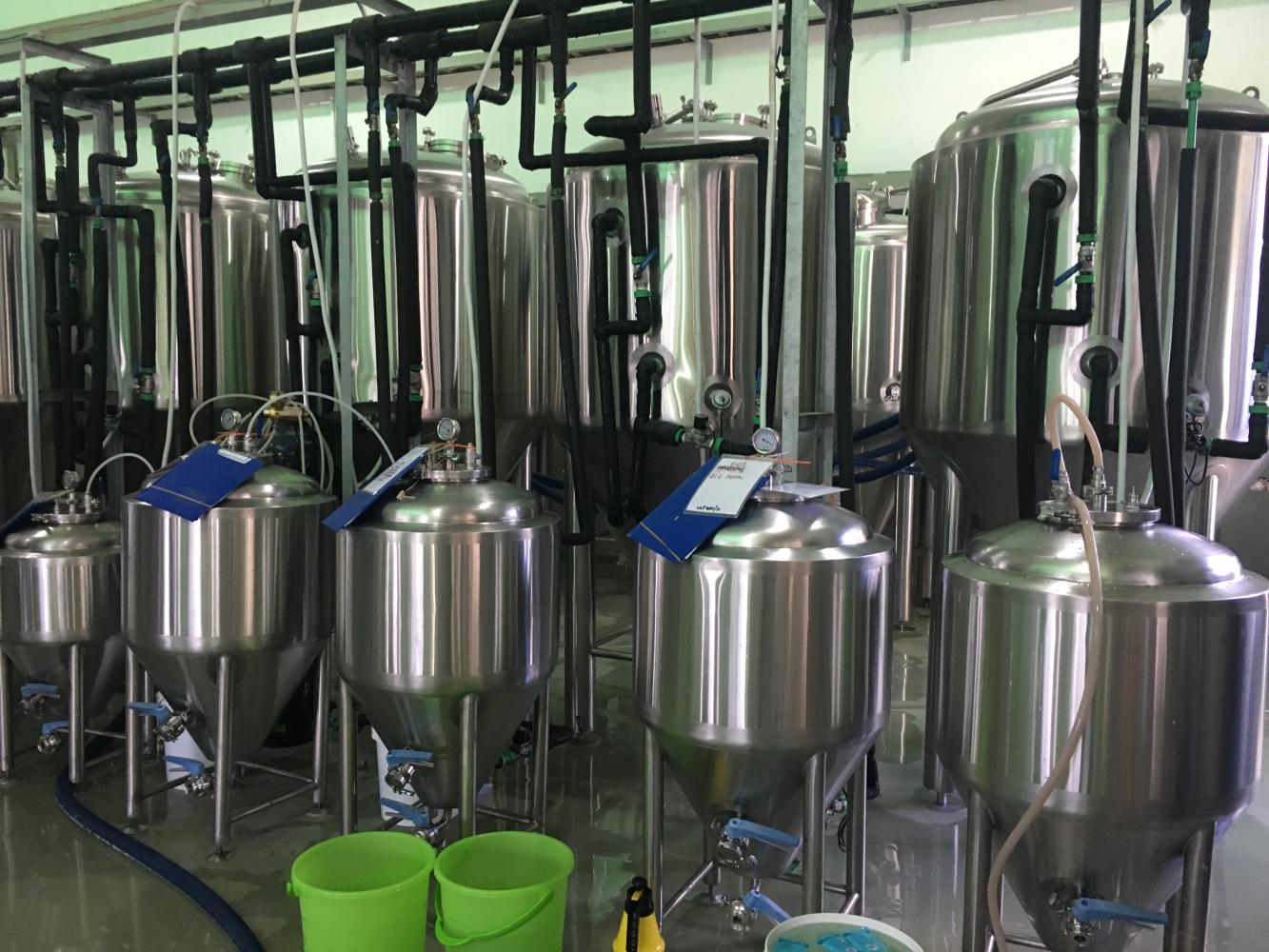 These vats brew beer for the Vietnamese and Thai markets. Breweries in Vietnam have been inundated with requests by Thai craft brewers to make their product.

In most cases, a Thai brewer will negotiate a contract with a Vietnamese brewer, then travel to Vietnam to oversee the brewing process to make sure the tastes are right, with some input from the local brewer.

"We try to work with them and find what they want with that recipe, but at the end of the day it says 'brewed at Heart of Darkness' on the back of the label, so we want to make sure it's a quality beer," Mr Pemberton said.

A UK native, he got a taste for craft beer while living in New York City, then learned how to brew it out of necessity while living in China, where no craft beer was available yet. He moved to Vietnam in 2013, when the craft beer craze was just getting started in the country, then opened his own brewery three years later, along with a public taproom.

He has ambitions to be the premier craft brewery in Southeast Asia and plans to open new taprooms in Bangkok and Taipei this year after previously opening a location in Singapore. The expansion is a gamble on the region's growing acceptance of craft beer, which often has a stronger taste, bitterness and alcohol content than the standard corporate lagers.

According to Mr Pemberton, getting craft beer to a 20-30% market share took three or four decades in the US; these days in Southeast Asia, craft beer is not even breaking 1%.

"I've long admired the passion and spirit of the Thai scene," he said. "Brewers have a great rebellious edge, and they've overcome a lot of odds to take their beers to market."

The company recently got a contract to brew Sivilai, a Thai craft beer made by Mahana­khon Brewing Co.

"This is not a regular thing, but we are happy to work with people that are aligned with our brand," Mr Violette said. "But there is so much opportunity in growing our own brand here, we kind of have our hands full."

The beer in Southeast Asia sets itself apart by adding local ingredients that are hard to find in craft beer meccas like the US and Britain. Mr Pemberton uses local fruits in his beer, like his Kumquat Pale Ale, while Mr Violette sources jasmine flowers from northern Vietnam for Pasteur Street's Jasmine IPA.

"Lots of breweries use tropical ingredients in their beer, but very few craft breweries are actually in the tropics," Mr Violette said. "They don't grow hops and barley in Vietnam, so if we were going to import all our raw material, I asked myself, 'Why bother having a brewery in Southeast Asia?'"

He says many craft breweries have been opening up in the country, especially in Ho Chi Minh City, making Vietnam what he calls the craft beer hub of Southeast Asia.

This craft beer hegemony of Vietnam over Thailand plays into long-running fears that Thailand could one day be usurped as the second-largest economy in Asean. With a higher growth rate and population, Vietnam appears to be a likely contender. Vietnam is embracing global consumer trends, standing in stark contrast with Thailand's protectionist policies. 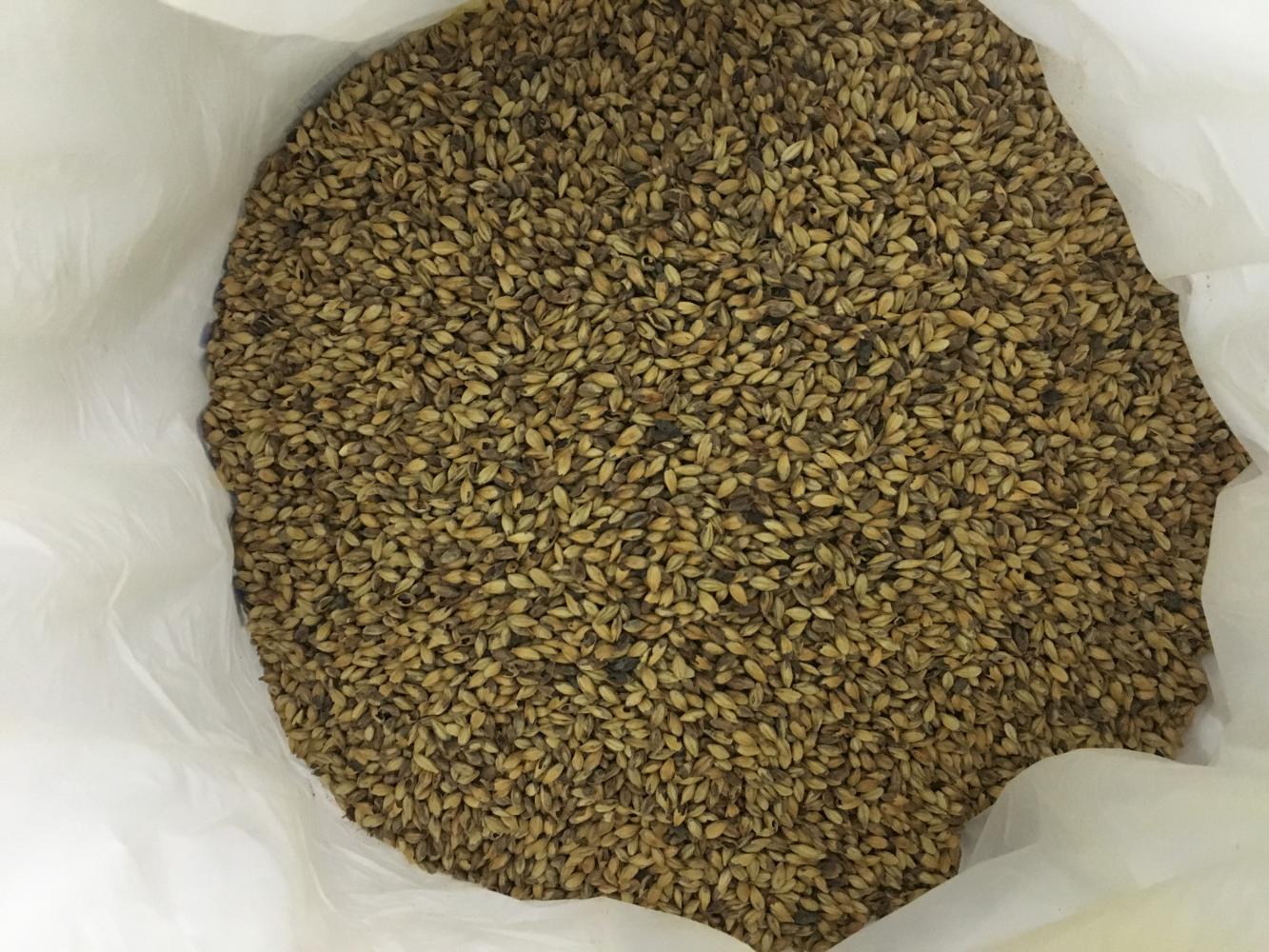 Taopiphop Limjittrakorn is a member of parliament in the Future Forward Party and a craft brewer most known for his widely publicised arrest in 2017 for brewing his own beer. He remains an advocate of craft beer in Thailand, recently proposing legislation to open up the industry to small players, but he brews his beer in Vietnam.

"Many Thai craft brewers go to Vietnam because they do the small batch sizes, like 1,000-litre batches that are small enough so they don't need to hold much stock," Mr Taopiphop said. "Vietnam also has a greater variety of raw materials you can choose for your beers. Most of the brewers that operate there are expats and they know what they're doing."

He says the craft beer cause is finding bipartisan support in parliament, with the ruling coalition proposing a similar bill that would eliminate the limited batch requirement for brewers.

"That would be a big change for Thai history, if small people can beat the big corporate tycoons," Mr Taopiphop said.

Mahanakhon Brewing, maker of the Mahanakhon and Sivilai brands, has worked doggedly to get the price down to a more affordable 69 baht a can while battling many regulatory and tax hurdles, says Avi Yashaya, a partner at Mahanakhon.

The company, which was founded in 2015, has grown to sell about 12 million bottles a year between the two brands. Like most Thai craft beer companies, it grew from an underground operation of illicit homebrewing. While the sales are impressive for a young company, it still falls way below the threshold needed to brew beer in Thailand, and like so many other Thai brewers, Mahanakhon makes its beer in Vietnam.

"At least when it comes to beer, there is more of a defined, organic network of suppliers, breweries, skilled operators and a knowledgeable customer base [in Vietnam]," Mr Yashaya said. "Cambodia is still, from my perspective, monopolistic the way Thailand is, so producers treat it as a commodity more so than a culture."

But even if the law changes in Thailand, he reckons it would take another 2½ years before the company is ready to brew large quantities domestically.

For now, Mr Yashaya wants to use his beers to broaden local tastes with the more experimental and bold flavours offered by craft beer.

While he would like to push out more varieties, the company is starting with the Mahanakhon and Sivilai beers that have a more subdued flavour than some of the hoppier and bitter craft beers popular in the West -- providing a gateway into craft beer for beginner palettes used to the bland lagers dominating Thailand. The company is still planning to launch three or four new beer varieties this year.

"You go to Vietnam and buy their best beer -- their imperial stouts or triple IPAs -- for 90-120 baht per pint, and that's the culture we would like to see in Thailand," Mr Yashaya said. "We are happy to sacrifice the short-term ability to be so creative for trying to build the market and get to affordable prices."