Slip in line with GDP downgrade

The pandemic is likely to cause the residential market nationwide to fall by 15% this year, in line with a forecast 5.5% contraction of GDP growth and a sharp drop in housing absorption rate, according to the Real Estate Information Center (REIC). 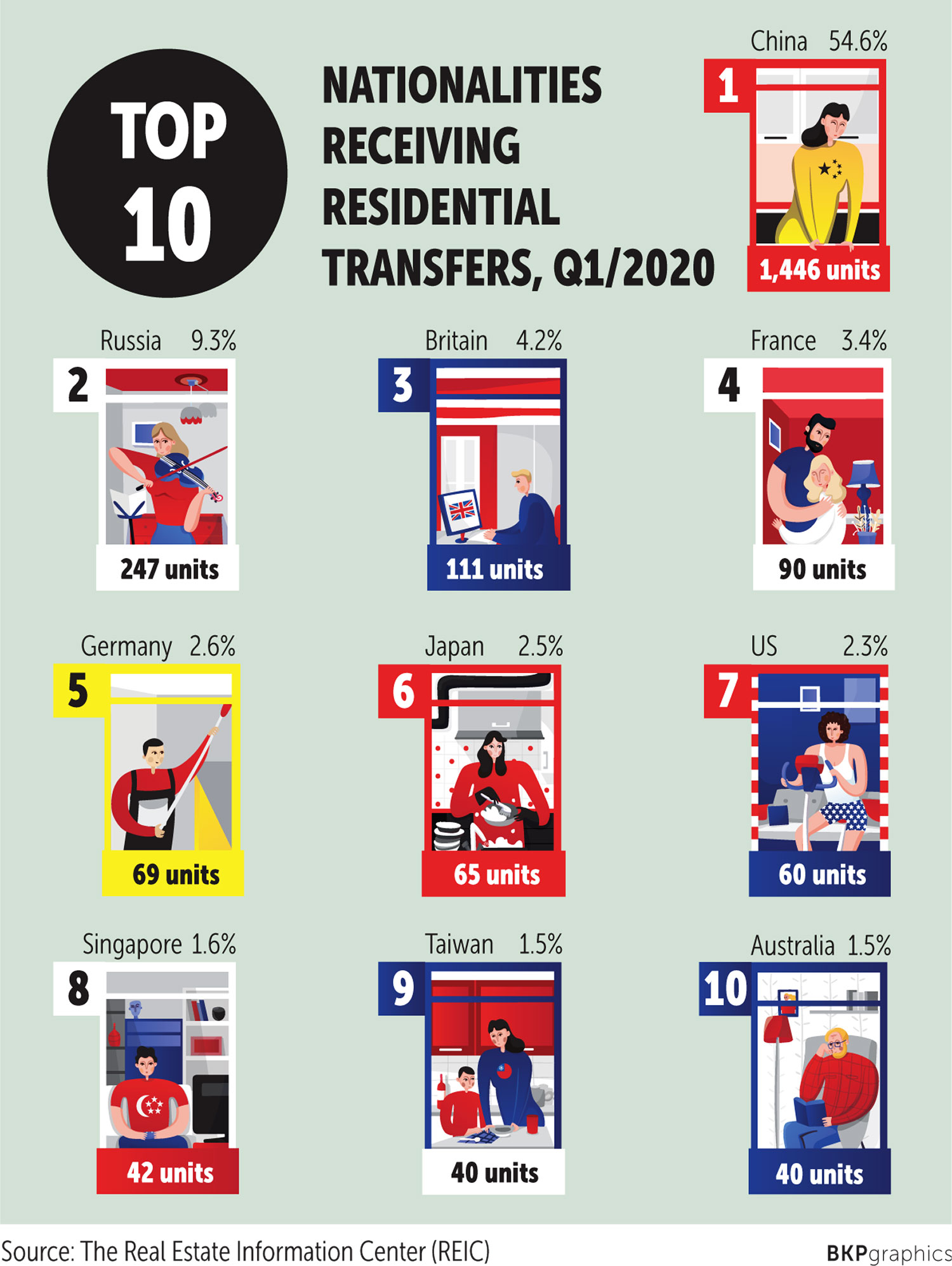 Vichai Viratkapan, REIC acting director-general, said the centre downgraded housing market growth this year from an expansion of 3-5% forecast in the last week of February.

"The market in the second quarter will nosedive, but we predict a slight recovery in the fourth quarter, still lower than the five-year average," he said.

The number of residential transfers nationwide will decrease year-on-year 17% to 311,719 units, the lowest since 2015, which was the first year the data was collected, said Mr Vichai. The five-year average is 344,750 units.

In the first quarter of 2020, the number of residential transfers nationwide, including new and second-hand units, totalled 89,024 units worth 210 billion baht, up 2.5% and 6.4% respectively.

According to REIC, under a base case scenario, all figures across the board related to the residential sector will drop this year to the lowest since the data was collected.

In the provinces, the number of residential transfers will decline by 14% year-on-year to 151,369 units, lower than the five-year average of 162,993 units.

The number of residential construction permits nationwide will decline by 17% to 251,601 units, the lowest since 2008, which was the first year the data was collected. The five-year average was 317,375 units.

"Construction permits showed the lower confidence among developers who were concerned about the sluggish market since last year, when the new lending curbs came into effect," said Mr Vichai.