NPL value closing in on B1tn this year amid contraction

The country's household bad debt is expected to reach 1 trillion baht this year, putting the ratio to total loans outstanding into double digits as debt-servicing ability erodes amid coronavirus-induced income shocks, says the head of the National Credit Bureau (NCB). 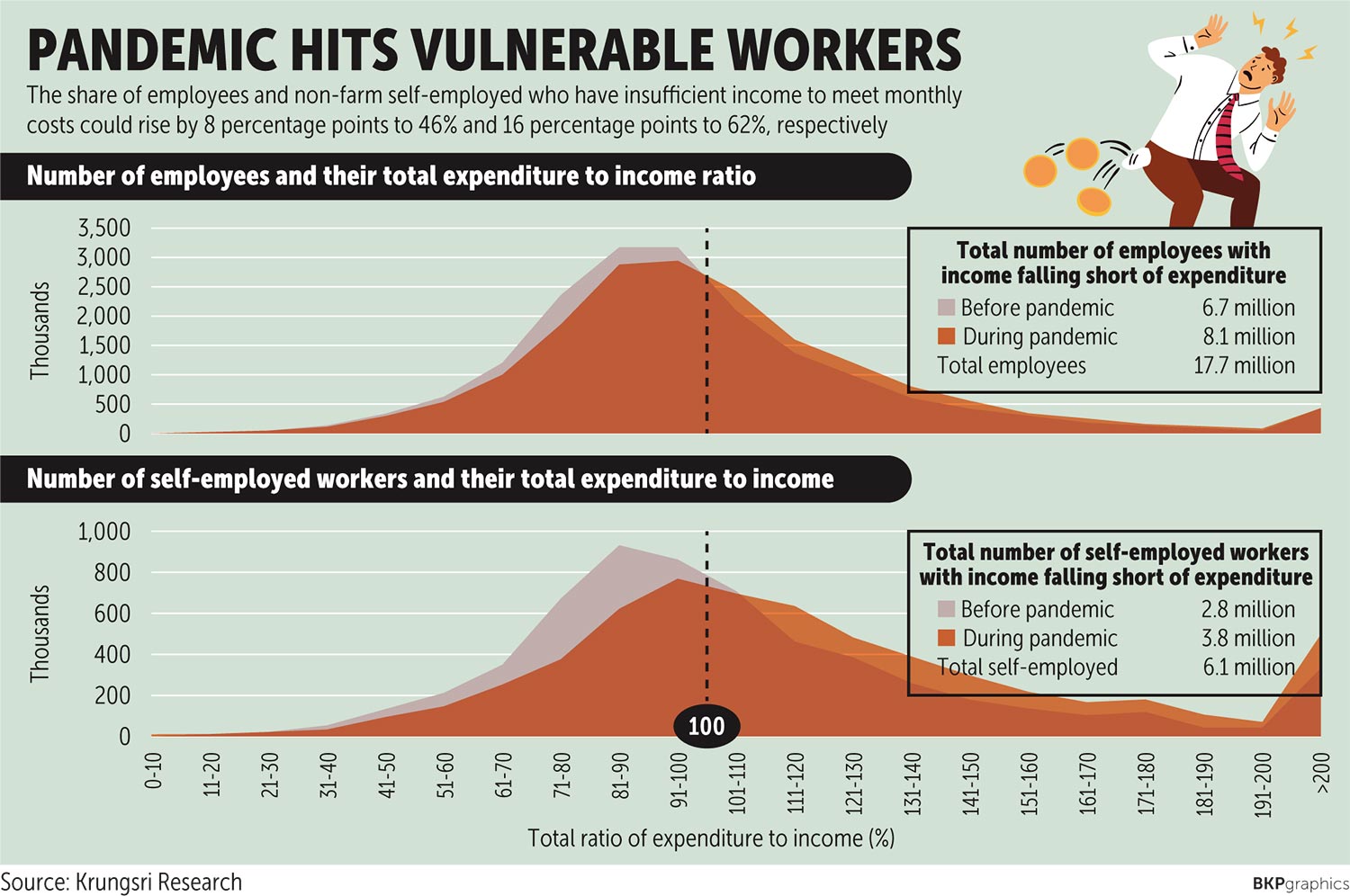 Non-performing loans (NPLs) are surging in the second quarter, in line with projections that the economy will suffer its deepest contraction in the period as the outbreak continues and partial lockdown measures are maintained, said NCB chief executive Surapol Opasatien.

The NCB database reported that total consumer loans amounted to 11.7 trillion baht at the end of March, of which 950 billion baht or 8.1% turned sour.

"NPL amounts for consumer loans in the NCB database could reach 1 trillion baht, a double-digit ratio, this year because of the economic downturn caused by the pandemic," Mr Surapol said. "The central bank's debt restructuring measures to prevent a bad debt upsurge warrant monitoring."

Krungsri Research estimates that the number of employees with spending exceeding monthly income could jump to 8.1 million from 6.7 million before the pandemic. The number of non-farm self-employed workers similarly situated would soar to 3.8 million from 2.8 million.

The country's household debt outstanding was 13.3 trillion baht in the first quarter this year, of which 11.7 trillion baht was lent by 103 members of the NCB. Consumer loan categories include mortgages, credit cards, personal and auto.

Most of the central bank's relief measures took effect on April 1 and are expected to help alleviate the financial burden of individual borrowers and small and medium-sized enterprises. The measures include debt payment holidays, soft loans and relaxed criteria for debt restructuring.