Mark Zuckerberg is shifting Facebook Inc. toward a substantially remote workforce over the next decade, permanently reconfiguring the tech giant's operations around the dispersed structure that the coronavirus pandemic forced on it. 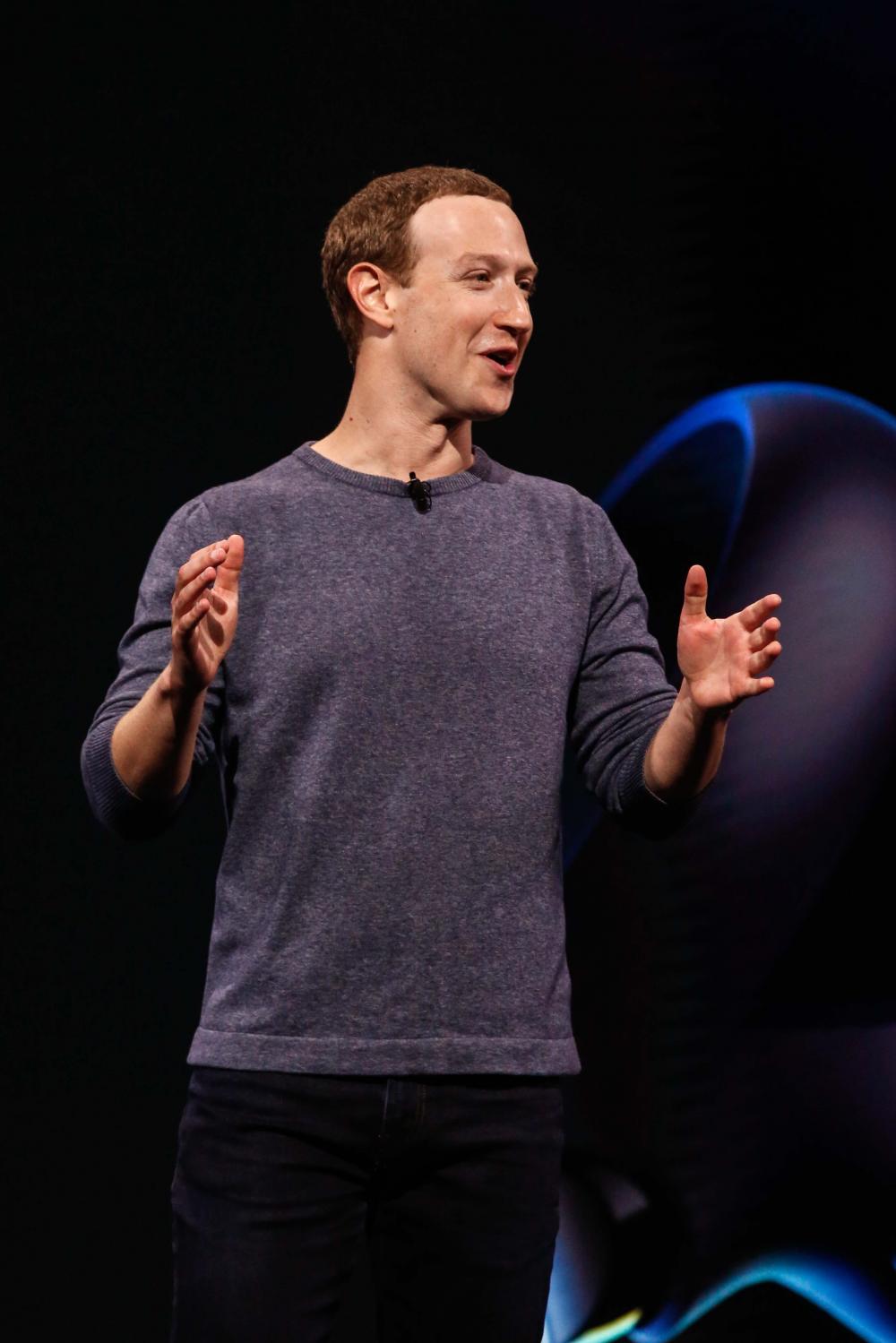 The plan, which the Facebook chief executive laid out in detail to employees in livestreamed remarks on Thursday, is one of the highest-profile examples of business leaders committing to extend the practices their companies quickly embraced to adjust to the crisis. On matters from workplace to strategy, managers are rethinking what works and shifting course, sometimes long term.

The remote-work changes for new hires will roll out initially in the U.S. and apply only to senior engineers at first. With individual team leaders' approval, new recruits will be offered the choice to work from home, and current employees around the world with strong performance reviews will be able to apply to do so. In time, the policy will be extended to employees outside Facebook's engineering department.

Within 10 years, Mr. Zuckerberg expects as much as half of Facebook's employees--who currently number more than 45,000--to work from home, he said in an interview before the announcement.

Mr. Zuckerberg said Facebook is moving gradually because the shift will require new techniques and tools to compensate for the loss of in-person office interactions--a challenge for which he said the company is well-positioned given its focus on using technology to connect people.

"This is about how we do better work and attract the people we need to do the best work we can," Mr. Zuckerberg said. Facebook's ability to keep working amid abrupt restrictions brought on by the pandemic gave him confidence in the remote working model, he said in the interview.

Highlighting the types of tech glitches that can disrupt remote work, Mr. Zuckerberg's live stream to employees on his Facebook page cut out suddenly as he was talking after just under an hour. The company said the disruption was only to viewers outside the company, but that Mr. Zuckerberg had been nearly done and a complete version of the video would be posted publicly.

Mr. Zuckerberg's plan sets Facebook on a course for a long-term change at a time when companies across industries are rethinking how they function amid pandemic-induced remote-work requirements.

Plans for returning to the office differ widely--even within Silicon Valley. Jack Dorsey, CEO of Facebook's much smaller rival Twitter Inc., recently told employees they could work from home indefinitely. San Francisco-based cryptocurrency exchange Coinbase Inc. on Wednesday said it also would remain "remote-first" after coronavirus restrictions are lifted, and e-commerce company Shopify Inc. said Thursday that most of its employees will work remotely in the future.

Other tech leaders are less sanguine about staffers staying home. Elon Musk, faced with an unusual challenge in Silicon Valley because his company runs its own factory, waged a public battle with local authorities this month to reopen Tesla Inc.'s manufacturing plant near San Francisco so the electric-car company could start churning out vehicles again.

Evan Spiegel, CEO of messaging company Snap Inc., has joked with his team that he wants to work from home forever because he feels more productive and fulfilled being able to spend so much time with his family, according to a person familiar with his thinking. But he has also said that he thinks the idea of knowledge workers working from home indefinitely is dystopian, and expressed concern that some have found it miserable.

Snap executives met to begin preparing their return-to-work plans when the shutdown started in March, the person said. They are trying to set up a system that would allow employees who want to get back to the office to do so as soon as it is safe and legal, while providing flexible options for people who have child-care challenges or who worry about returning for health reasons, this person said.

Remote work is in some ways easier for tech companies, with their largely white-collar, tech-savvy workforces. But it also presents challenges, such as finding ways to replicate the directness and serendipity of in-person interactions that are often seen as key to innovation.

Mr. Zuckerberg has been vocal about adopting changes during the pandemic, saying more than a month ago that Facebook would cancel all gatherings with 50 or more people through June 2021. He has also said employees would return to Facebook's offices only gradually once health authorities allow it, and that workers who want to will be allowed to work remotely through at least the end of the year.

While his thinking about more remote work predates the pandemic, Mr. Zuckerberg said, he was encouraged by how employees have handled the recent situation. "In terms of day-to-day productivity, I think that's going better than we expected," he said.

"I think we're going to be the most forward-leaning company on remote work at our scale, for sure," Mr. Zuckerberg told employees in his live stream.

Internal Facebook surveys show the option of working from home is popular with employees, Mr. Zuckerberg said, but only 20% said they were extremely or very interested in working remotely long-term. More than half of employees said they "really want to get back to the office as soon as possible," he said.

Mr. Zuckerberg said that location would affect employee compensation, both for new hires and for those who relocate. He said that Facebook will monitor employees' locations and those who mislead the company would face "severe" penalties.

"If you live in a place where the cost of living is dramatically lower, then salaries do tend to be somewhat lower," Mr. Zuckerberg said.

Overall, though, Mr. Zuckerberg said he doesn't expect Facebook to realize significant cost savings from the changes. While it might save on compensation and office perks, it will likely end up paying for enhanced remote-office setups, better internet connections and support staff for difficulties arising from remote work.

"I think just more perspective would be helpful," he said, adding that such diversity would help the company avoid making "basic errors" by misjudging "how large percentages of the world will react or think about something."

Still, given Facebook's scale, it has to proceed carefully, he said. "It might be closer to 10 years than five" before half of Facebook's employees are working remotely, Mr. Zuckerberg said.

The plan will initially be limited largely to the U.S. to avoid additional complications from a range of time zones and primary languages, he said. And it will be important for certain types of employees to work in the office, such as those hired fresh out of school. "We do believe that new grads who join us should be in the office for some period of time," he said. "Maybe it's a year. Maybe it's two years."

Mr. Zuckerberg said Facebook would also need to replicate what he called "some of the softer aspects" of workplace culture. "Social bond building, culture, creativity, whiteboarding and brainstorming--that is kind of more ad hoc," he said. "The technology tools we have today for them are not as developed--videoconferencing is fairly transactional."

Asked if he believed other major corporate players would eventually shift away from offices, Mr. Zuckerberg said he wasn't sure, adding that Facebook's reasons for starting now are specific to its business and employee base.

"A lot of what we build is fundamentally about communication and delivering a feeling of connection," he said. "By having more of our employees work remotely we will eat our own dog food on these products and likely be able to advance the state of that technology faster."

Mr. Zuckerberg suggested the change also could lead to an inversion of the standard corporate off-site meeting, saying that in the future remote employees may gather occasionally in the company's offices for "on sites" instead.

Facebook won't be reducing its presence in its Menlo Park, Calif. headquarters and surrounding cities, where the company occupies or is developing offices capable of housing more than 50,000 employees, he said.

"I think we'll need the space," Mr. Zuckerberg said, both because the transition will be gradual and because Facebook's plans for a return to offices include social-distancing measures that aim to reduce employee density to a quarter of what it was before the crisis. When the company initially reopens its facilities, he said, he expects many more employees will wish to return than the company can accommodate.

Georgia Wells contributed to this article.