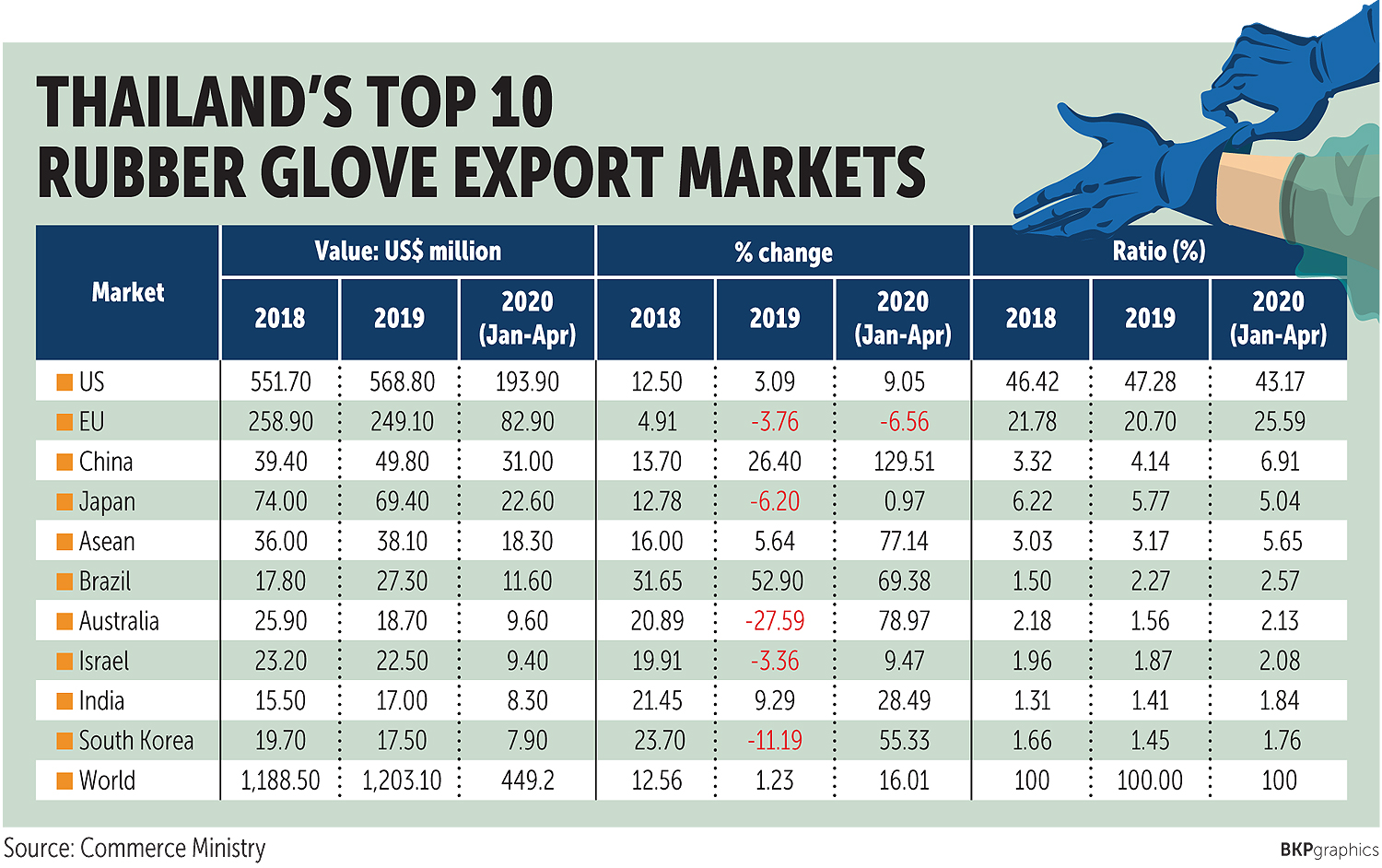 Auramon Supthaweethum, director-general of the Trade Negotiations Department under the Commerce Ministry, said the outbreak has resulted in rising rubber glove demand because the products are necessary protective equipment for medical professionals.

Rubber gloves are essential products as people become increasingly aware of hygiene and try to avoid germs, she said.

In the first four months, rubber glove exports rose by 16% to US$449.2 million from the same period last year.

Only India maintains a 10% import tariff on Thai rubber gloves.

"The rising demand trend for rubber gloves is an opportunity for Thailand to increase production capacities to support both domestic and international markets," Mrs Auramon said.

In 2019, Thailand produced more than 20 billion rubber gloves with exports making up 89% of total production.