Sector on verge of collapse without aid

The Federation of Thai Industries (FTI) has issued a dire warning to the government, saying the state must provide substantial assistance to the automotive sector and related supply chains or the sector risks collapse. 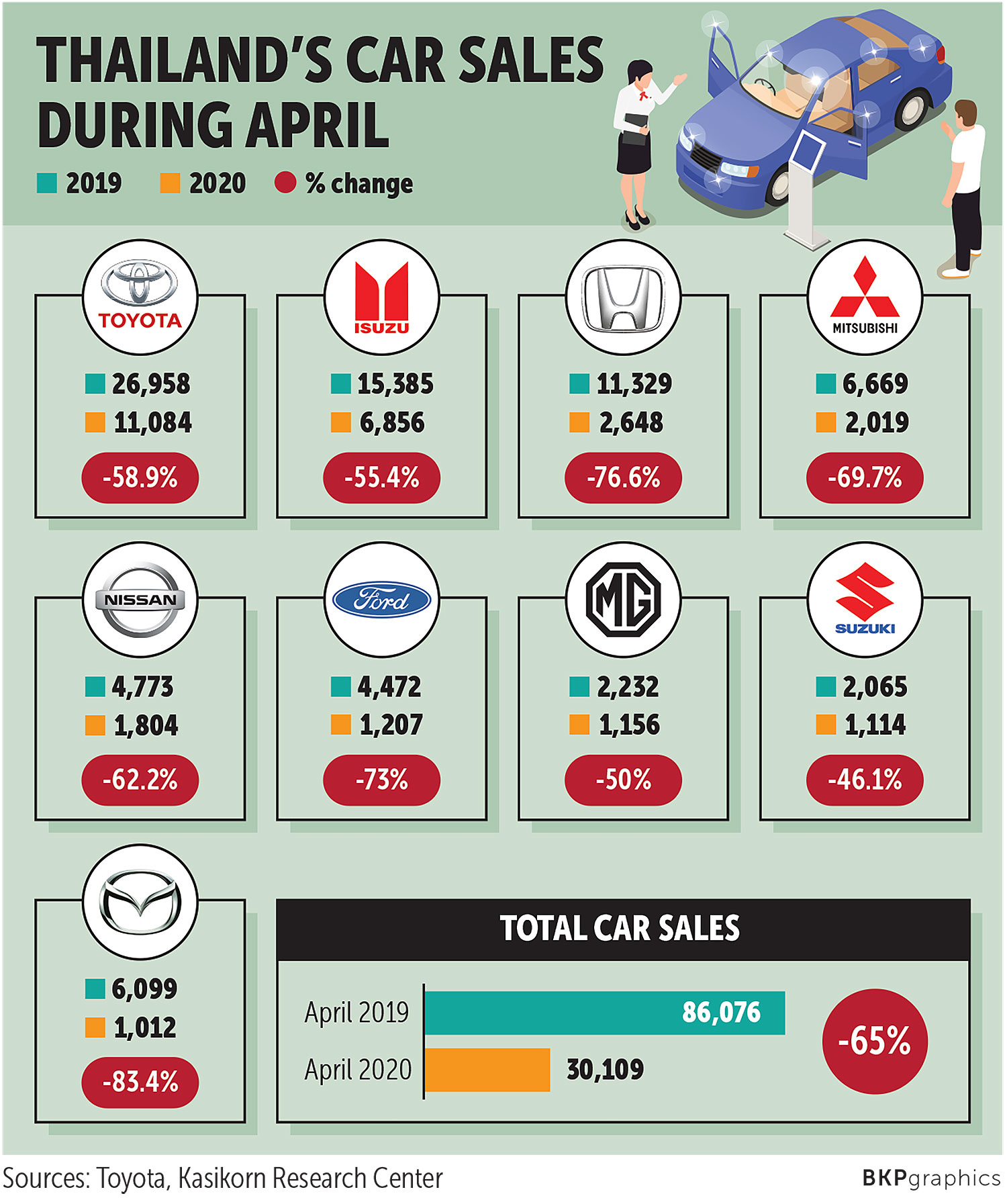 Surapong Paisitpatanapong, a spokesman for the FTI's automotive club, said the automotive industry is still waiting on government measures to help the industry.

The government has yet to earmark any relief funds for the automotive sector.

Last week, the FTI's automotive club proposed three potential assistance measures for the auto industry, comprising a 50% excise tax reduction until the end of this year; a car trade-in scheme for 100,000 baht paid by the state; and a delay in enforcement of Euro 5 emission standards until after the pandemic.

Excise tax on cars contributes about 100 billion baht a year to state revenue. Cars assembled in Thailand are not subject to excise tax until they leave the assembly plants or tax-free zones.

The FTI said the 50% tax cut could boost demand for new cars, something desperately needed amid cratering domestic sales figures.

"These measures are the best way to boost car sales in the domestic market since Thailand's first-car scheme that lasted for five years between 2011 and 2016," Mr Surapong said.

In 2011, the cabinet approved a tax rebate scheme worth 30 billion baht to support first-time car buyers.

By the end of the five-year scheme, the number of first-time car buyers exceeded 1.3 million.

"The scheme made the government lose some 30 billion baht in revenue, but it offset this by increasing corporate taxes from the car industry," Mr Surapong said.

Through the scheme, car buyers received a tax refund one year after purchase.

Stemming the flow: How Thai companies can retain great employees