The country's main industries and economic growth are expected to take longer than one year to return to pre-pandemic levels, while an unemployment spike is the greatest concern, says Kasikorn Research Center (K-Research). 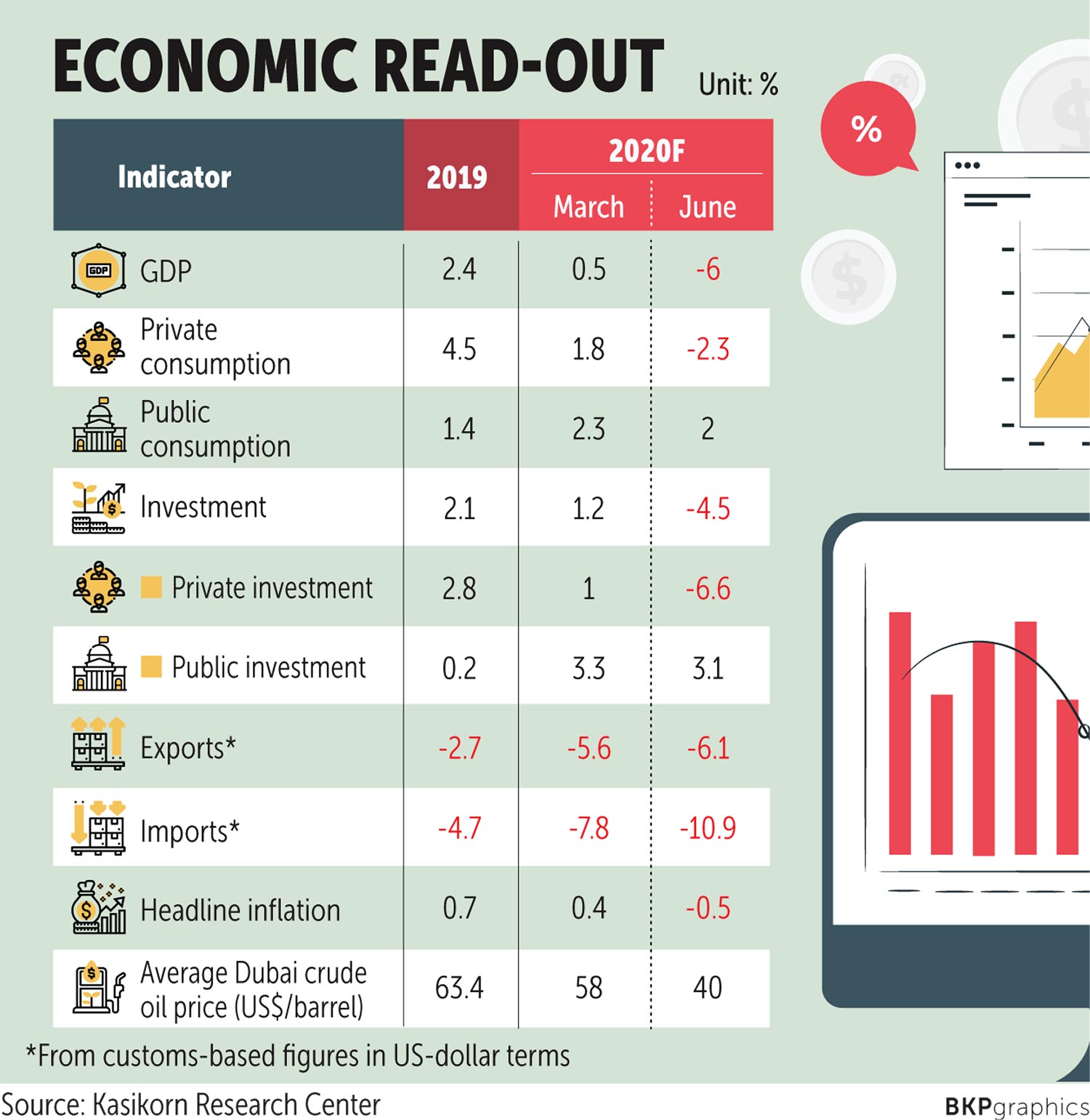 Tourism, automotive and property development are the three industries expected to take a longer time than other sectors to bounce back to their levels before the crisis struck, said Kevalin Wangpichayasuk, assistant managing director of K-Research.

She said tourism remains a government priority to kick-start, as it is a labour-intensive industry with a workforce of 4 million and has borne the brunt of the outbreak impact.

Although the policy interest rate is at a record-low 0.50%, policymakers still have room for further cuts if an unexpected incident occurs.

"However, the current situation is not so bad that a negative interest rate must be adopted," Ms Kevalin said.

Nattaporn Triratanasirikul, an- other assistant managing director at K-Research, said economic growth will take a few years to recover to pre-pandemic levels.

The research house forecasts a 6% contraction for 2020, widening from a 5% decline predicted in April and 0.5% growth projected in March.

The latest forecast assumes a 60% slump in foreign tourist arrivals this year, with public consumption and investment remaining resilient.

Merchandise outbound shipments are estimated to shrink 6.1% this year in the wake of lockdown policies adopted by many countries to contain the virus spread and the global economic doldrums.

Although exports expanded for the first three months, largely due to gold shipments, outbound shipments are expected to contract for the full year because the brisk pace of gold exports will be short-lived.

K-Research cut its full-year export forecast to a 6.1% contraction from a 5.6% decline predicted in March.

The Bank of Thailand recently hinted that its growth forecast for 2020 could be trimmed further, saying the economy is expected to shrink more drastically than earlier projected.

The central bank earlier downgraded its outlook for 2020 to a 5.3% contraction from 2.8% growth, rattled by the coronavirus outbreak.

The economy is on the path to a recession after shrinking 1.8% year-on-year in the first quarter, the deepest contraction since the flood-hit fourth quarter of 2011.

Ms Nattaporn warned that economic growth in the second quarter would be the year's worst, with a double-digit slump before improving to a single-digit contraction in the third and fourth quarters.

The unemployment rate in the second half still warrants monitoring, as many are expected to be losing jobs after monthly stipends of 5,000 baht have been handed out for three months.

Unlike other crises, the pandemic will make it difficult for people to get their jobs back, Ms Nattaporn said.

Based on prospects that the economic recovery will take years, she said the domestic rate is expected to stay at low levels for a few years.

Despite rock-bottom rates, an additional 500 billion baht flooded into local banks over the past 4-5 months as investors shirked higher-risk options.

Ms Nattaporn said the rising ratio of public debt to GDP is no cause for worry, even though the level is estimated to approach the 60% threshold, but it's crucial that future state measures aim for more specific targets.