Paiboon Nititawan, a deputy leader of the Palang Pracharath Party, announced the resignation of 18 members of the executive committee on June 1. (Photo by Arnun Chonmahatrakool)

The recent resignations of executive members of the main coalition party suggest an imminent shake-up in incumbent ministerial positions, with the Finance and Energy ministries in the spotlight.

PPRP heavy­weight Somsak Thepsutin acknowledged that the upcoming restructuring of the party could lead to a cabinet reshuffle.

Mr Somsak, also the justice minister, was among the 18 members of the party's executive committee to quit last Monday.

The mass resignation is widely believed to clear a path for Deputy Prime Minister Prawit Wongsuwon, the PPRP's chief strategist, to take the party's helm and push for a "rotation" of cabinet seats among PPRP executives from various factions.

NOT THE RIGHT TIME

It's believed that Gen Prawit has the backing of several factions, Sam Mitr, the Chon Buri group, the Korat group, the Bangkok MP group and a group of northern MPs led by Capt Thamanat Prompow.

Although Gen Prawit is seen as a unifying figure to persuade rival players to stay under his wing, the former army chief's previous blunders and controversies -- particularly a scandal over 30 million baht worth of "borrowed" luxury watches -- have no democratic virtue for the PPRP, which is known for its pro-military bent.

Chairat Trirattanajarasporn, president of the Tourism Council of Thailand, said it's the wrong time for the PPRP to start conflict within the party, given that the country is still facing uncertainty from the coronavirus outbreak, which is not yet fully under control.

Mr Chairat said that if a cabinet reshuffle takes place in July or August and there is no risk of a second wave of the epidemic, then the change in government will most likely not affect tourism operators, as economic stimulus plans are expected to be implemented before that.

The new tourism stimulus plans, comprising tourism vouchers to 4 million people and trips for 1.2 million medical workers, are expected to be proposed by the Finance Ministry and approved by the cabinet this month.

To deal with the economic fallout, the government has to consider supporting businesses that have been heavily hit by the virus, especially the tourism industry, by allowing operators to run their businesses as usual.

Most local operators are now relying more on the opportunity to welcome tourists to make some money after the first half's inactivity, rather than expecting financial aid from soft loans that only a few of them can access, Mr Chairat said.

Thongyoo Kongkhan, adviser to the chairman of the Land Transport Federation of Thailand (LTFT), said he was not surprised by the latest political conflict because political uncertainty in Thailand is the norm.

"A change in the economic team may have a psychological effects by building good investment sentiment, but on the other hand it can also affect investors' confidence at a time the country needs to move forward," he said.

The business sector has already borne a heavy brunt from the pandemic, so it badly needs capable people to help it cope with the crisis.

"We want specialists who will drive the economy forward during the pandemic, and they should be 'outsiders' who are not politicians," Mr Thongyoo said.

The LTFT wants a new economic team led by someone who possesses good economic skills, not one with military clout. 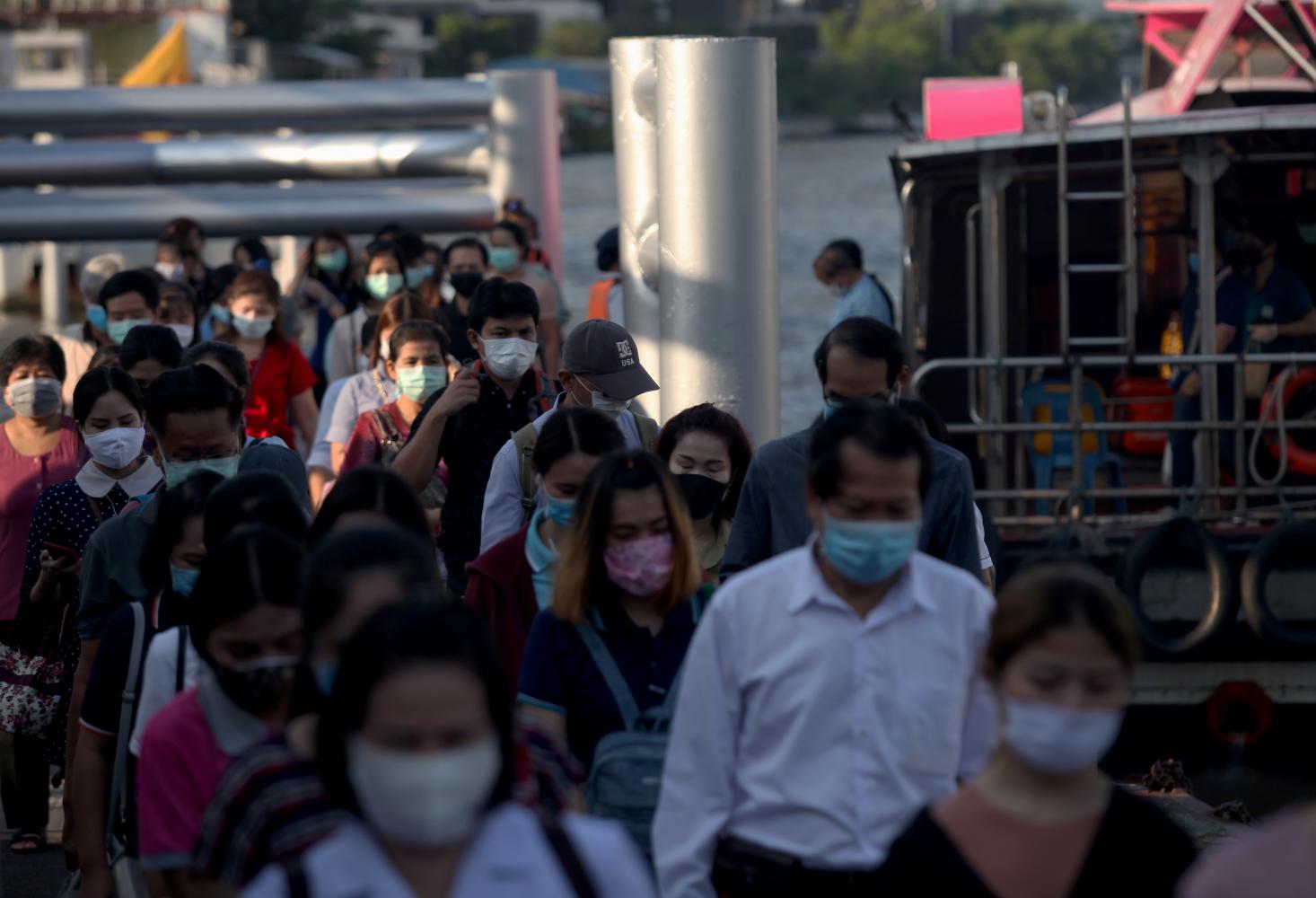 The economic team, which includes Mr Somkid and Mr Uttama among others, is a rich target in the likely cabinet shake-up.

Kalin Sarasin, chairman of the Thai Chamber of Commerce, said the private sector is concerned about looming political risks. Any cabinet shake-up could affect the government's policy continuity.

"Changes need time for adjustment," Mr Kalin said. "This may cause a hiccup in policy continuity now that the government's latest economic stimulus and relief measures are about to kick off and a number of plans to reboot businesses and the economy as well as those to reduce domestic income disparity in the country after Covid-19 remain pending.

"We [in the private sector] are calling on politicians and political parties to put their first focus on people and the country, as the ongoing Covid-19 crisis and severe drought are now taking a heavy toll on the Thai economy. They should not look only at their own benefit."

Three executive decrees backing loans of 1.97 trillion baht to pay for coronavirus relief passed the Lower House on May 31.

The package consists of three parts. The first is a government debt issuance of 1 trillion baht to finance income-loss compensation and public health improvements. The second is the Bank of Thailand's soft loans for small and medium-sized enterprises to the tune of half a trillion baht. The third is the establishment of a 400-billion-baht corporate bond fund managed by the central bank.

Kriangkrai Tiannukul, vice-chairman of the Federation of Thai Industries (FTI), warns that political instability within coalition parties can weaken the government's efforts to deal with the ailing economy.

Thailand has gone through past political conflicts many times without external factors, but today it also faces the global pandemic and the situation is still volatile, he said.

"We are worried that economic policies and stimulus packages, to restore and boost the economy, will be halted," Mr Kriangkrai said.

With investor confidence still bearish, more people stand on the verge of losing their jobs, he said, and businesses are at risk of being forced to shut down permanently.

If the government really wants to change its economic team, the FTI suggests choosing officials who understand the interconnectedness between the domestic and international economies.

The federation wants the new team to carry on and speed up economic recovery plans.

Thanavath Phonvichai, president of the University of the Thai Chamber of Commerce, said that if there is a reshuffle the new cabinet should present a 100% trustworthy and competent image, as the country's economy is in its worst condition in 20 years.

"The government still needs myriad economic stimulus measures, and the new ministers should be capable of carrying on the government's policy at once," he said.

For instance, students and supporters of the now-defunct Future Forward Party had been holding small protests and gatherings after the Constitutional Court ruled in February to dissolve the opposition party for violating election laws.

Meanwhile, international credit rating agencies, namely Moody's Investors Service, S&P Global Ratings and Fitch Ratings, have all downgraded outlooks on Thailand's sovereign rating to stable from positive, after having raised them to positive last year following the return of an elected government.

S&P said political uncertainty has increased amid the pandemic and Thailand's invoking of emergency powers, potentially disrupting progress on political structures and policies to address the country's deep socioeconomic fissures.

In light of delays in policy implementation and ongoing political tensions, as well as the deep economic shock caused by the outbreak, government policy is unlikely to effectively direct large investment in physical and human capacity that would boost the country's competitiveness over the near to medium term, according to Moody's.

"Ongoing policy uncertainty and delays in infrastructure investments have not been resolved following the swearing in of the newly elected administration in July 2019," Moody's said.