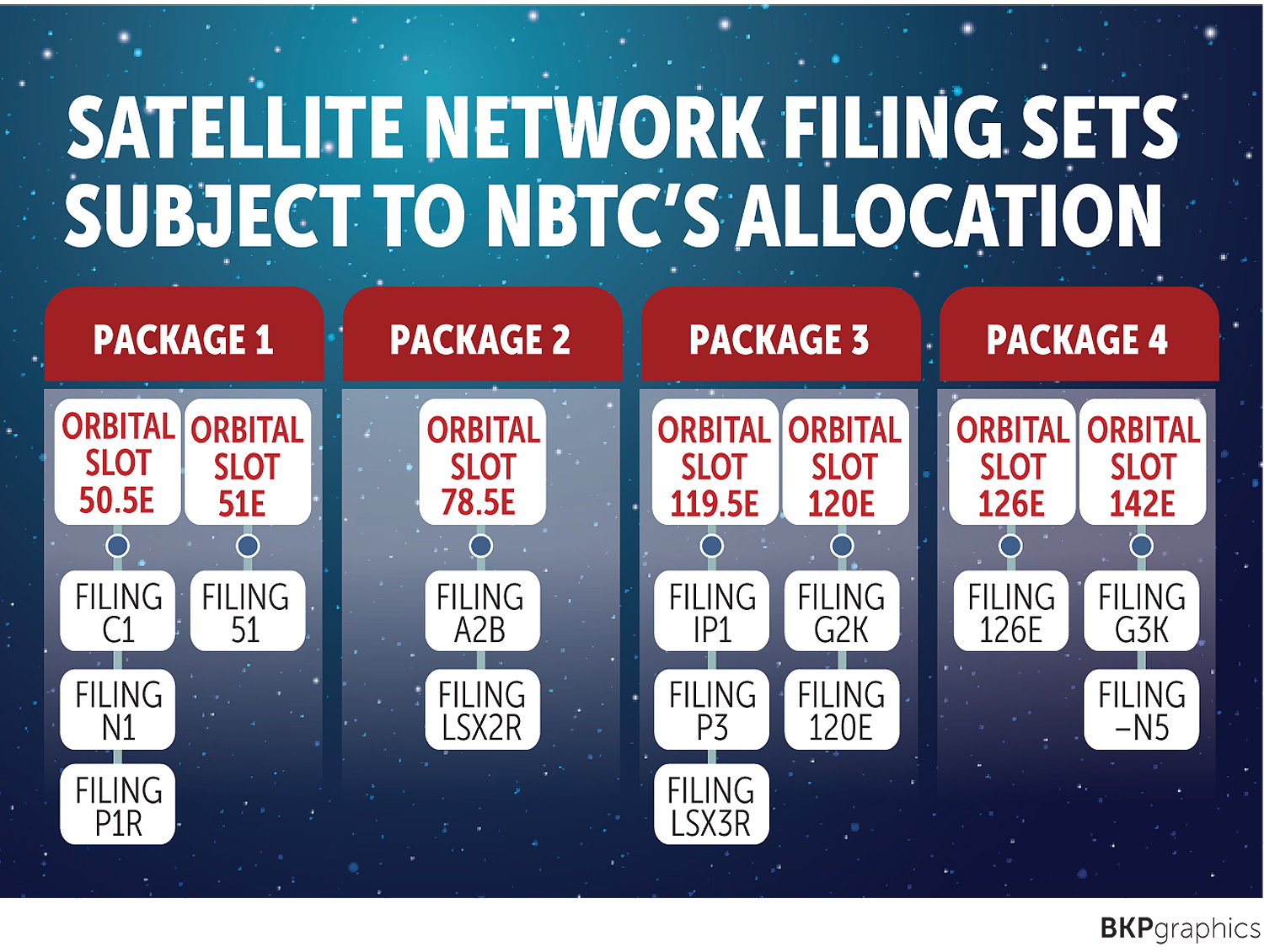 The first package consists of 50.5 and 51 degrees East orbital slots and the second concerns 78.5 degree East.

Interested bidders have to propose which packages they want to use with the NBTC, said Air Marshal Thanapant Raichareon, deputy secretary-general of the regulator.

However, the NBTC has yet to conclude whether it would hold an auction or a beauty contest, which concerns both technical and financial offers, to select the bidders, he said.

The drafting of the selection method is expected to be completed by year-end, with the regulator granting orbital slot usage licences early next year, AM Thanapant said.

The goal is to act before Thaicom's satellite operation concession ends in 2021.

"For the first and fourth packages, these slots are now vacant. The 78.5E and 119.5E slots are being used by Thaicom," he said.

Thaicom now operates two satellites under a revenue-sharing based concession regime: Thaicom 4 or iPSTAR, a broadband satellite; Thaicom 6 is a broadcasting satellite.

Thaicom 4 and Thaicom 6 are operational on 119.5E and 78.5E orbital slots, respectively.

It took over the role from the Digital Economy and Society Ministry.

AM Thanapant said the NBTC office rolled out three regulations in connection with satellite management affairs in February this year.

One concerns the orbital slot management plan and the second involves the criteria and methods of granting the rights of orbital slot usage.

Another concerns criteria and methods of granting the landing right licences for the operation in Thailand. This covers the use of foreign satellites' signals in the country.

The NBTC office yesterday held a meeting with concerned groups about drafting the method to select bidders for the rights of orbital slot usage.

The draft is expected to be submitted to the NBTC board for approval by July before a public hearing.

The hearing may take 30 days and the regulatory board will consider the final details before completing all processes by the last quarter, said AM Thanapant.