Travel subsidy better than no guests at all

Hotels are desperate to cut room rates in the scrum to draw domestic tourists following the state's subsidised tourism packages, hoping to gain any occupancy before the country opens up to foreign travellers. After provincial orders to close hotel operations in many provinces since April, the vast majority of hotels are restarting their businesses, aiming to attract domestic visitors.

This week the government approved in principle a 22.4-billion-baht tourism stimulus package, including a 40% subsidy on 5 million room nights.

He said hotel operators within driving distance of Bangkok, such as Pattaya, Hua Hin and Rayong, should benefit from the scheme.

He said after the government eased the lockdown, Centara has seen positive demand on weekends. 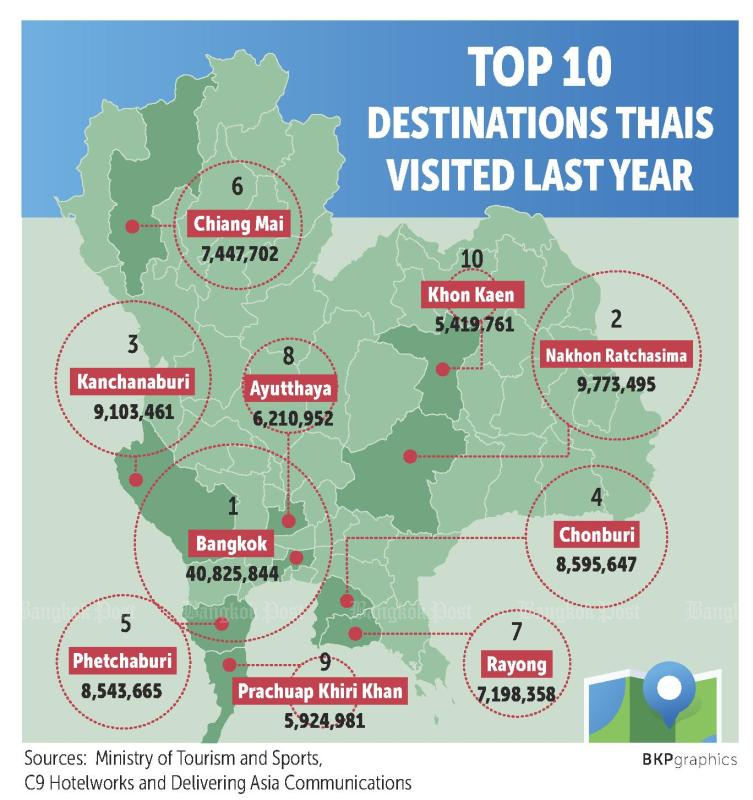 The occupancy rate for Centara Grand Mirage in Pattaya, which just opened on June 6, was back at 70-80% last weekend. The rate for the upcoming weekend is set to reach 90%, even though weekdays continue to see a soft 20-30%, said Mr Thirayuth.

He said Centara plans to reopen properties that have the potential to break even or even gain income, meaning an average occupancy rate of 30-40%.

Mr Thirayuth said room rates will certainly drop after the outbreak to increase occupancy, but they have to remain competitive.

He said hotels should resume services after facing losses over the last three months. For some provinces, slow bookings are better than remaining closed because the revenue can cushion previous losses, even if some hotels do not reach the break-even point until December, said Mr Nikhom.

Bill Barnett, managing director of C9 Hotelworks, a hospitality consultancy, said a limited number of hotels will have better cash flow from the government support, but the stimulus is not enough to solve the overall problem. A company survey done with Delivering Asia Communications found Bangkokians prefer more natural destinations.