The Commerce Ministry has admitted for the first time the country's exports may shrink by more than 5% for the year after performance plunged 22.5% year-on-year in May, leading figures for the first five months to drop by 3.71% from the same period last year. 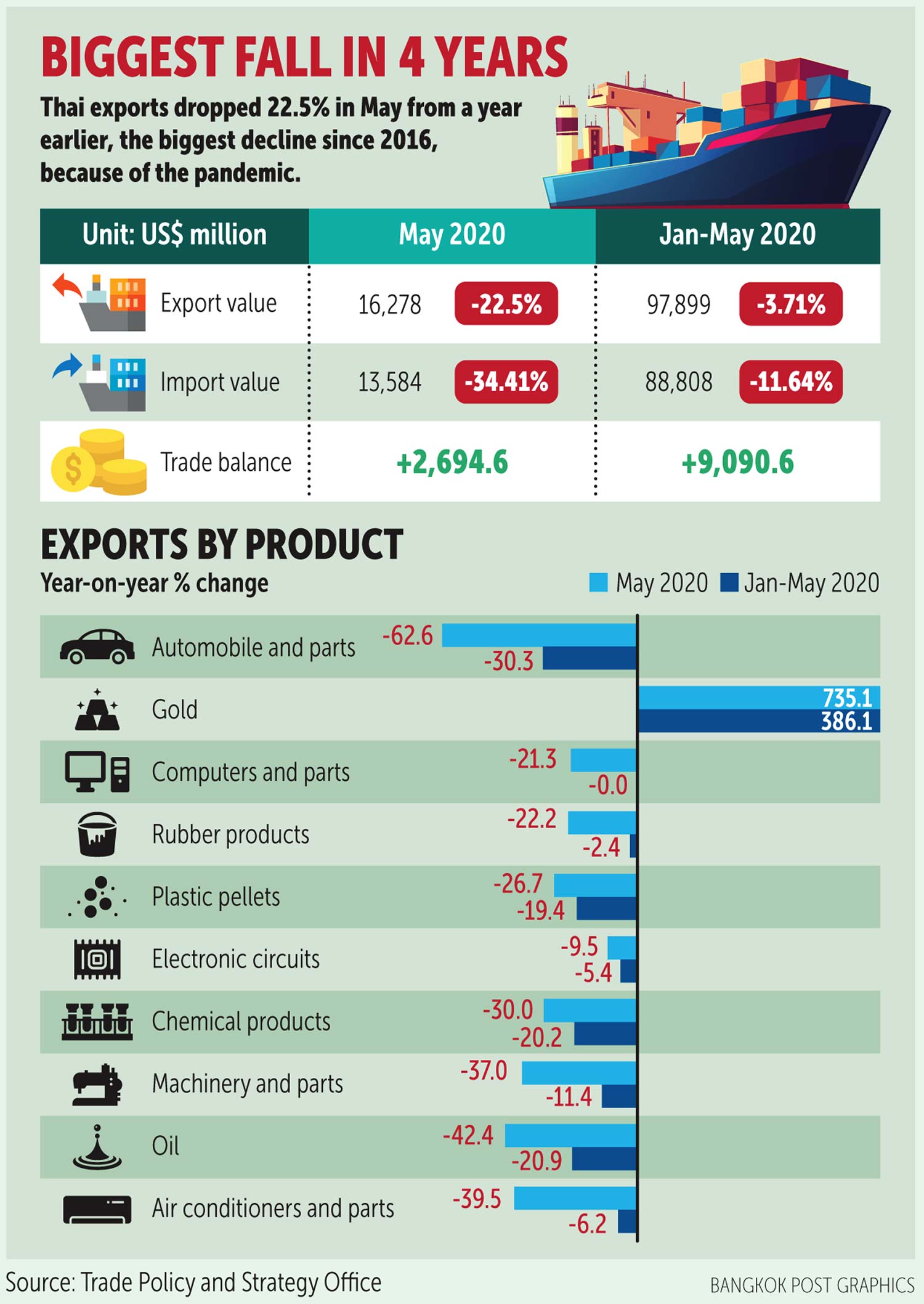 Pimchanok Vonkorpon, director-general of the Trade Policy and Strategy Office under the Commerce Ministry, said a contraction of more than 5% is highly likely this year if exports going forward average $17-18 billion a month.

"Despite higher demand for products from several countries anticipated in the following months, we expect the increase at a relatively slow pace, as most of the countries around the globe are still fretting over a second outbreak," she said. "International transport and logistics services have not yet fully recovered."

The Commerce Ministry reported on Wednesday customs-cleared exports fell 22.5% from May last year to US$16.3 billion, the lowest in four years, attributed to the global economic slowdown caused by the pandemic.

"The decline of Thai exports in May was largely the result of the global economic slowdown caused by the pandemic. Moreover, logistics challenges and rising transport costs delayed import orders despite high demand," said Ms Pimchanok. "The easing lockdown and government stimulus measures in many countries could help support demand recovery, in particular for Thai exports in the future."

In terms of markets, exports to most destinations except China dropped because of the effects of the pandemic and lockdown measures to curb its spread.