Thais haven't lost their taste for an invigorating cup, and more brands are expected to pour in.

Businesses remain hamstrung by the pandemic, leading most enterprises to freeze their investment amid the uncertainty. 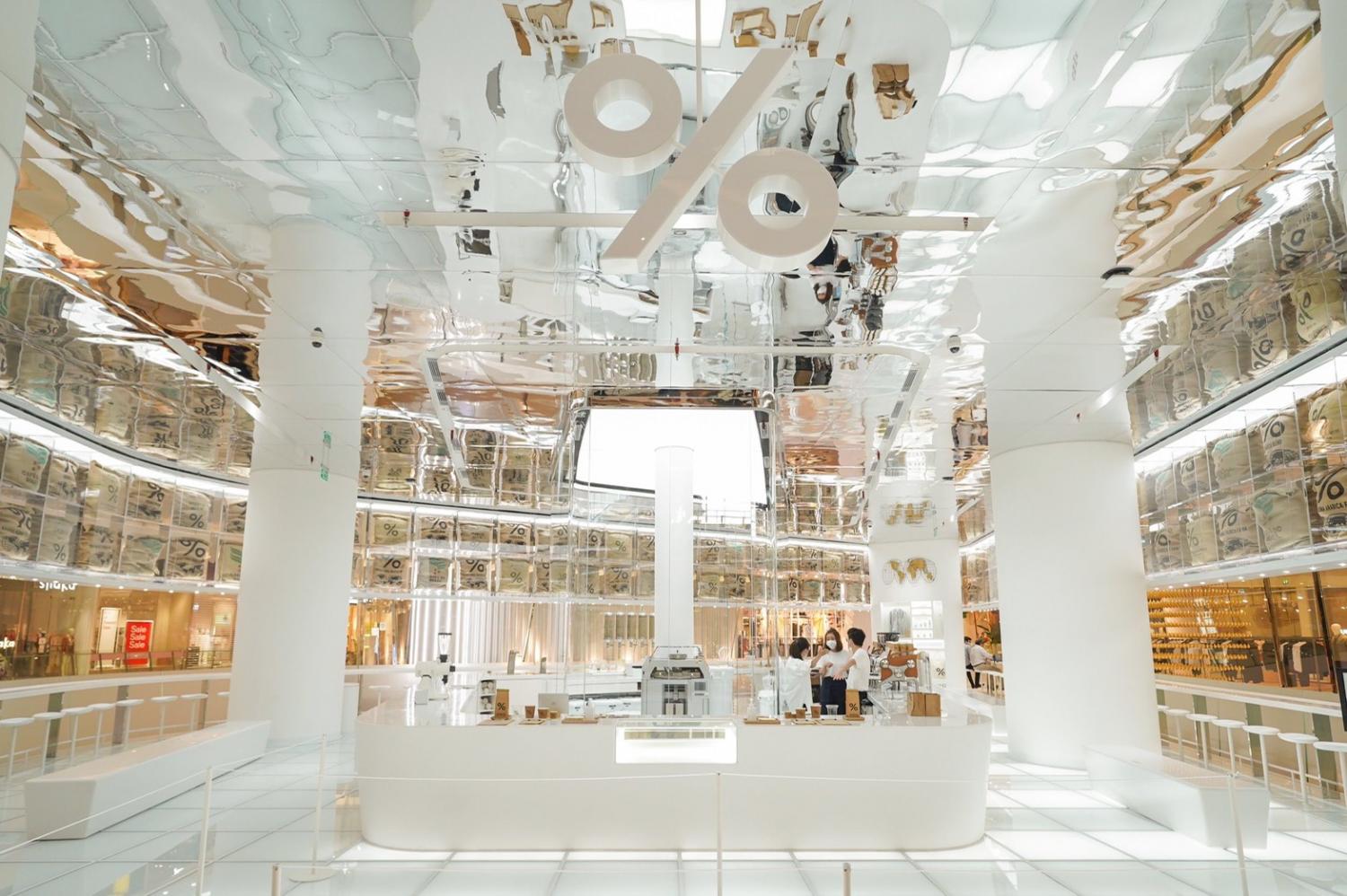 The flagship %Arabica store in the heart of Iconsiam opened in early June.

Yet some companies are bucking the trend.

Several coffee shops and tea chains debuted their business shortly after the government announced its lockdown measures. Among them are %Arabica, the Japanese specialty coffee brand, which opened in early June at Iconsiam mall.

Many more are scheduled to debut their coffee and milk tea chains in Thailand soon, including BubbleZ, Milk Shop, Mr Wish, Presotea from Taiwan and a new fruit tea chain from China.

"In recent years, the coffee scene has exploded across the country and become intertwined with the everyday way of life," he said. "Whether you are rich or poor, you can still drink coffee in this country. There is variety, both within coffee menus and the place to drink coffee, from the wet market to a glamorous atmosphere coffee store."

The 250-square-metre %Arabica at Iconsiam is the 58th branch worldwide. The opening of this store was delayed for five months. The company expects to open four stores in the first year of operations.

There are %Arabica stores in 14 countries, including China, Japan, France, Kuwait, Morocco, the United Arab Emirates, the Philippines and Britain.

"We took five minutes to make a decision to open our store at Iconsiam," Mr Shoji said. "It was love at first sight."

The company houses two roasting machines in Bangkok. The price of %Arabica coffee is set at 140-180 baht per cup, targeting all customer groups.

When the pandemic ends, there could possibly be 100 %Arabica stores worldwide next year, Mr Shoji said.

Kawisara Chansawang, the founder of Brew Bar, said the company opened its second Brew Bar branch on the ground floor of Seacon Square Bangkae in late May after introducing the brand at Central Shopping Complex in January.

"We wasted no time opening our second branch at Seacon Bangkae," Ms Kawisara said. "Amid the pandemic and people's concerns for their safety, we've got better-than-expected feedback with sales of 300-400 bills per day." Customers wait in a queue to order at Gaga, CentralWorld.

Nattakit Tangpoonsinthana, executive vice-president for marketing at Central Pattana, the SET-listed retail and property developer under Central Group, said trends for coffee and tea consumption in Thailand continue to evolve.

"New concepts for coffee and tea chains are always being launched to the market," he said. "At Central Shopping Complex, we are the world of cafe culture and new stores are yet to be launched."

Several new coffee and tea chains are planning to open after the pandemic is over. Existing milk tea brands like The Alley also plan to open new branches soon, Mr Nattakit said.

Papon Ratanachaikanont, president of Food Chain & Coffee House at True Lifestyle Retail, said the company has talked with a leading fruit tea founder from China about opportunities to expand fruit tea in Thailand.

All three Gaga branches will be cafe concepts, serving both food and drink. The price range is 65-125 baht per cup.

"We entered this market two years ago and have 12 branches," Ms Metiya said. "Although we are a new player, customers still welcome us and look for a new brand that has products to suit varying demand." 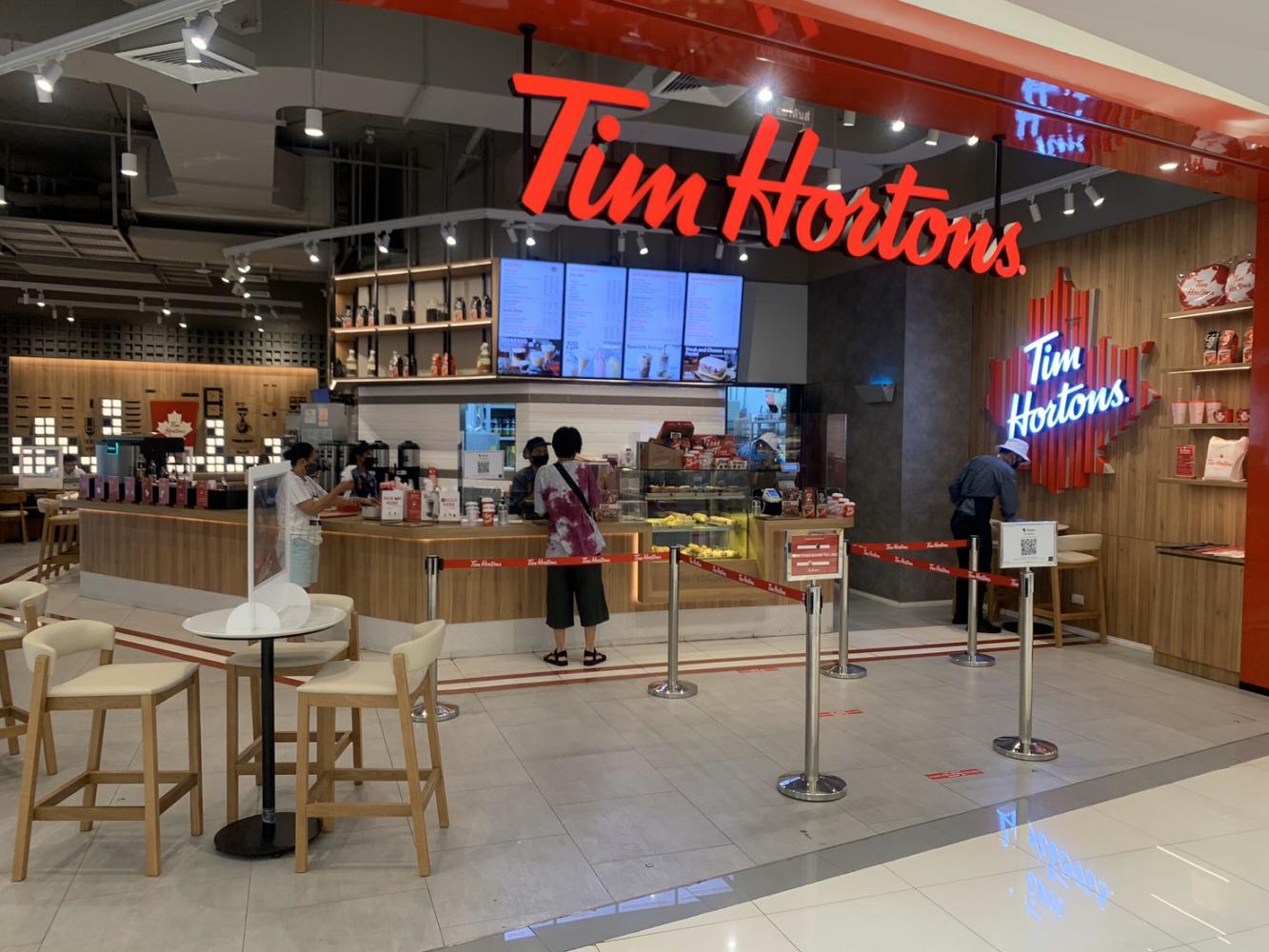 Sethaphong Phadungpisuth, managing director of Gnosis, an international franchise consultant, said the company has partnered with the Association of Chain and Franchise Promotion, Taiwan (ACFPT) to arrange online business matching between Taiwanese and Thai business owners this August.

"Amid the pandemic, Thailand is seen as an attractive country to invest in thanks to the government's effective pandemic management," he said. "More importantly, a great number of Thais have visited Taiwan in the past few years, making them familiar with Taiwanese tea-drinking culture."

Mr Sethaphong said Thais may be accustomed to Taiwanese bubble tea, but they don't know about genuine Taiwanese tea, which is a healthy drink.

He estimated the value of Thailand's beverage industry at 230 billion baht in 2019.

Leah Liu, manager at ACFPT, said that over the past decade high cultural and economic communication between Taiwan and Thailand have maintained a good investment relationship. More Taiwanese brands are expanding into Thailand, such as for bubble tea and Taiwan cuisine.

"The pandemic in Taiwan and Thailand is under control, and we are confident in Thailand," Ms Liu said. "While the pandemic has slowed business, consumer behaviour and the economy will come back even stronger in the near future, so the association wants to conduct business communication in advance by finding future collaboration opportunities with Thai business owners."

An executive at The Alley brand who requested anonymity estimates the milk tea market in Thailand at 3 billion baht. Of the total, 60% is the standard segment, with 30% belonging to the mass market and the remaining 10% to the premium market.

The milk tea market worldwide is projected to grow to 100 billion baht over the next three years from 62 billion baht in 2018, according to the executive.

According to Grab Food, there are about 1,500 milk tea brands in Thailand, with over 4,000 shops.

A source from the Asean Coffee Federation who requested anonymity said the Thai coffee market is worth 30-40 billion baht, mainly dominated by instant coffee and three-in-one coffee.

"Expanding the coffee market in Thailand remains promising," the source said. "Although the market has seen intense competition, this encourages more coffee consumption."