A study is to be undertaken on eight motorway-railway projects linking economic zones with Thailand's border regions, the Transport Minister said on Friday. 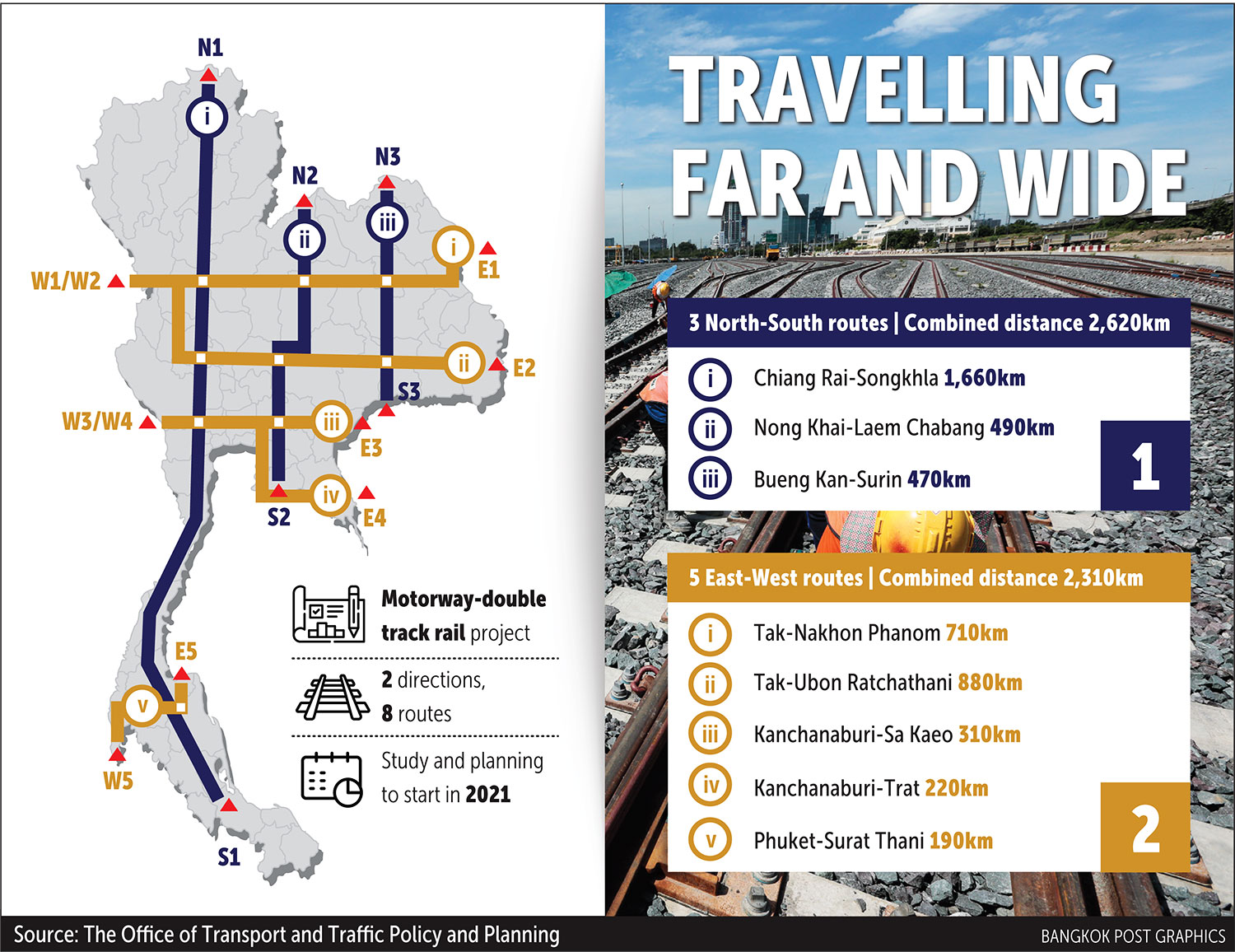 Saksayam Chidchob, defending the ministry's budget at Friday's parliamentary debate, said the study would be completed by next year.

The double-track rail projects would be constructed to link the economic zones with border checkpoints around the country, said Mr Saksayam.

Constructing the motorways alongside the tracks was expected to reduce costs and expropriation of private land.

Three North-South motorway-double track rail routes with a combined distance of 2,620 kilometres would be constructed, including a 1,660-kilometre Chiang Rai-Songkhla route, a 490-kilometre Nong Khai-Laem Chabang route and a 470-kilometre one from Bueng Kan to Surin.

The idea to construct motorways adjacent to the rail tracks was initiated while Arkhom Termpittayapaisith was transport minister.

The idea was later shelved and then revived by Mr Saksayam.

Prime Minister Prayut Chan-o-cha has also ordered a study with a view to a further plan for 6,600 kilometres of motorways in Thailand to be integrated with the railways.

That study will take two years and Thais will then get the chance to bid for the projects under the public-private partnership (PPP) concept, before foreigners can.

Regarding transportation projects in the Southern region, Mr Saksayam said the higher budget set aside was proof that the government had not abandoned people in the region.

Mr Saksayam spoke about the ministry's projects after Thepthai Senpong, a Democrat MP for Nakhon Si Thammarat, claimed the ministry had neglected the strife-torn region.