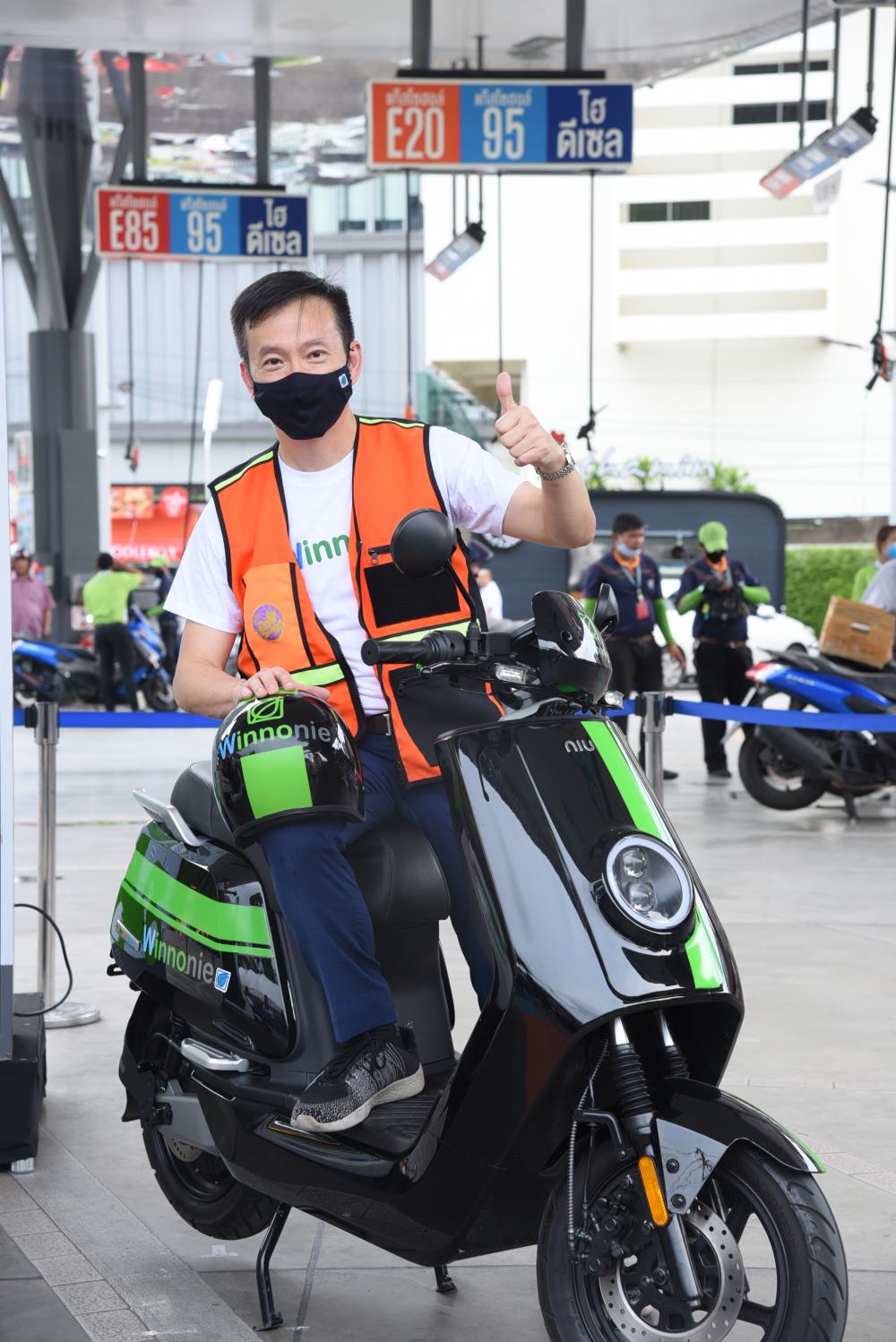 Bangchak has introduced Winnonie e-bikes, with a charging station near the company headquarters in Bangkok, as a new business to diversify into the electric vehicle market.

Bangchak launched the Winnonie project to pilot a plan to build battery service facilities, with help from a new mobile app.

Winnonie -- literally meaning no debt, or nie, for win (a nickname for Thai motorcycle taxi stands) -- is designed to solve barriers in the EV business and improve the quality of life of moto-taxi drivers by helping them save money on fuel.

EV riders and drivers are usually worried about battery charging, which is time-consuming, and there are few facilities.

Electric motorcycle riders who are running on low battery level can search for stations on their mobile phone. Once they reach their destination, they simply replace their batteries with fully charged ones in a few minutes.

The idea was initiated by Bangchak's Internal Startup Project, which encourages its staff to come up with new business innovations.

Motorcyclists who join the project can cut spending when they switch to using electricity-powered motorcycles. They will be urged to rent, not buy, motorcycles to save money and run on electricity, according to Bangchak.

During the three-month trial period, which began on July 1, the riders pay just 150 baht for the rent. Bangchak is studying battery expenses to determine an exact rate.

According to Bangchak, motorcycle taxi riders need three or four batteries for their services running from 6am to 11pm.

Two weeks after joining the project, motorcycle taxi rider Soontorn Kangkla, who earns more than 500 baht a day, said he could reduce his spending by half.

He is among 10 motorcycle taxis chosen to join Winnonie. They have served passengers near Bangchak's headquarters.

Mr Chaiwat said test results will help Bangchak decide whether it will scale up the business size.