Despite slashing its 2020 revenue target by half to 9 billion baht, SET-listed Singha Estate is eager to acquire existing hotels and buy new plots for future development of residential and mixed-use projects.

Chief executive Naris Cheyklin said the virus crisis will take a toll on each of its businesses to a different degree, but hotels will feel the biggest blow.

"In the second quarter, we temporarily closed all hotels, both in Thailand and overseas," he said. "Occupancy dropped to zero after posting 40-50% in the first quarter."

After reopening the hotels this month, Singha Estate expects occupancy to average 40-50% in the fourth quarter this year, as it will take time to ramp up. 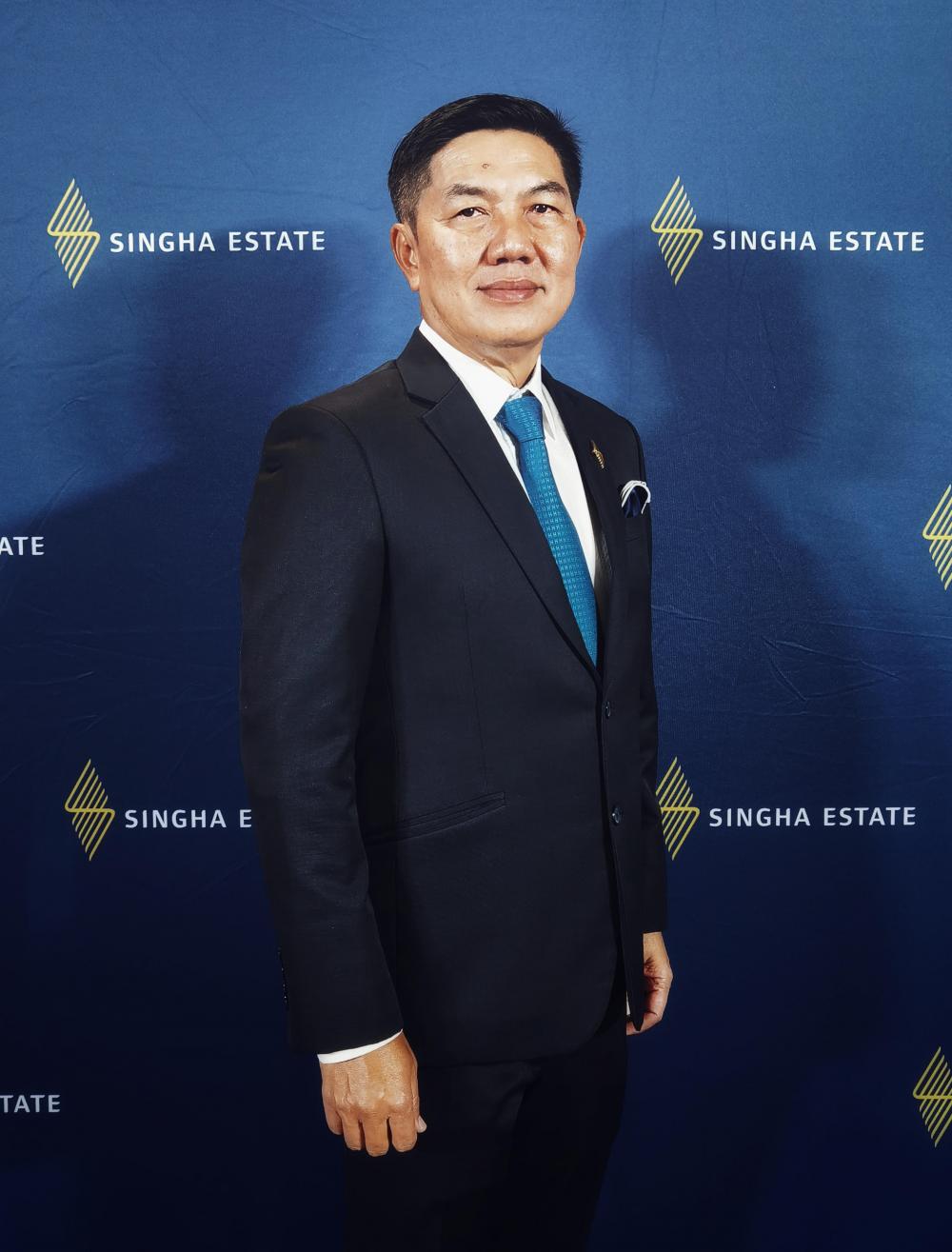 Naris Cheyklin, chief executive of Singha Estate, says the Covid-19 crisis will take a toll on each of its business. (no photo credit)

Mr Naris said the company is exploring investment in hotels through either joint ventures, partnership or mergers and acquisitions under an asset-light model.

The five-year investment plan for hotels is part of a total investment of 68 billion baht during 2020-24.

That investment will also comprise 8.5 billion baht to develop or acquire four new office buildings with a total lettable area of 300,000 square metres.

Another 37.5 billion baht will be for residential developments of 30 new projects being launched by Singha itself and under Nirvana Daii, one of the company's subsidiaries.

"We will focus on low-rise housing projects as condos have become unfavourable," he said. "One of the new projects will be a mix of residences such as single homes and townhomes or offices and hotels, which we are experts in."

Singha Estate wants to maintain an interest-bearing debt-to-equity ratio of no higher than 1.5 times. At present, the ratio is 0.86 times and it has the capacity to borrow more than 10 billion baht.

In January the company projected 20 billion baht in total revenue this year, but cut that estimate in March by 10% to 18 billion, then halved it to 9 billion recently.

The revenue target from residential developments was halved as many overseas buyers were unable to travel to Thailand to receive unit transfers.