Thailand's commercial banking sector reported a drop in aggregate net profit for both the second quarter and first six months, mainly from higher provisions set aside to cushion against rising non-performing loans (NPLs). 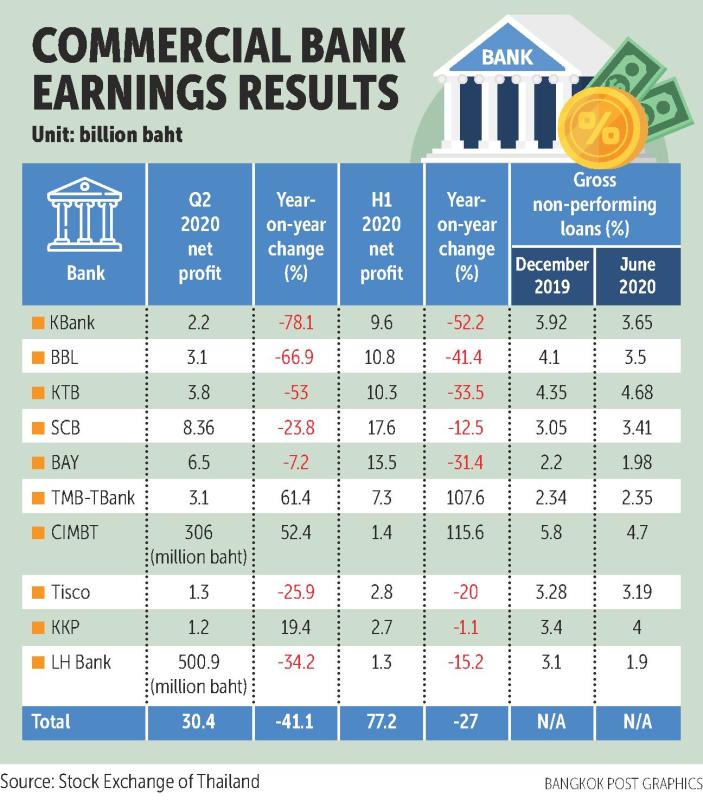 KBank, the country's largest lender by total assets, booked the highest rate of net profit reduction, falling by 78.9% and 52.2% year-on-year for the second quarter and first half, respectively.

SCB, the fourth biggest bank, logged the industry's highest net profit amount for both periods of 8.36 billion baht and 17.6 billion, respectively. However, the bank's second-quarter and first-half net profits dropped by 23.8% and 12.5% year-on-year.

The merged-bank, TMB-TBank, showed strong growth of 61.4% year-on-year for the second quarter and 108% for the first half, mainly supported by financial consolidation of the merger deal.

LH Financial Group saw the biggest NPL uptick to 3.1% of total outstanding loans as of June, up from 1.85% logged at year-end 2019.