Thailand's total car production in the first half of 2020 fell by 43.1% year-on-year to 606,132 units, mainly due to the government's lockdown measures and weak purchasing power among buyers.

The pandemic is still a worry, but car makers hope for better sales since the lockdown has been eased, according to the Federation of Thai Industries (FTI). 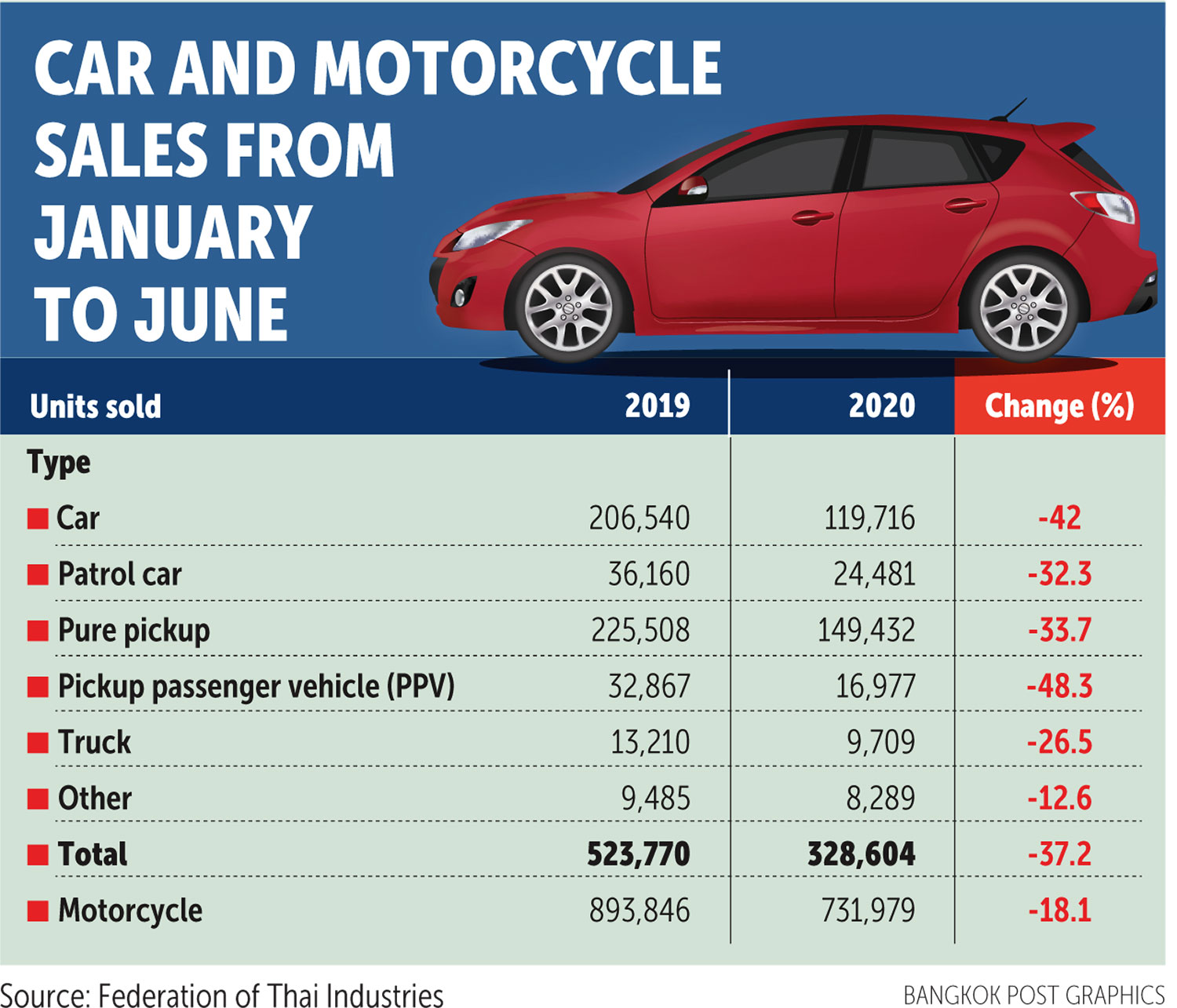 Surapong Paisitpatanapong, a spokesman for the FTI's automotive club, said car production for domestic sale in the past six months fell 48.9% to 259,754 units, while manufacture for export fell 37.8% to 346,378 units.

"The FTI is concerned that a second outbreak of Covid-19 may occur, dealing a blow to people's purchasing power and causing factories to shut down again," Mr Surapong said.

"But car sales in June increased by 43.5% from May, thanks to the government easing more lockdown measures," Mr Surapong said.

The club expects Thailand's automotive trend in the six months ahead to recover because many businesses have been allowed to resume activities and the government is preparing to spend several billion baht to bolster the economy.

The FTI expects full-year car production to reach 1.3-1.4 million units. But whether this pans out will depend on the Covid-19 situation.

"The FTI estimates domestic car sales to reach 700,000 units and exports 700,000 units, partly due to the positive sign of bookings during the Bangkok Motor Show that boosted sales," Mr Surapong said.

The 12-day Bangkok International Motor Show will end this Sunday.

The event was also affected by the pandemic, as it was postponed from its scheduled start in late March.