Exports fell 23.2% year-on-year in June, the weakest pace since July 2009, prompting the Commerce Ministry to lower its export projection to a 8-9% drop for the entire year from a 5-6% decline in an earlier forecast. 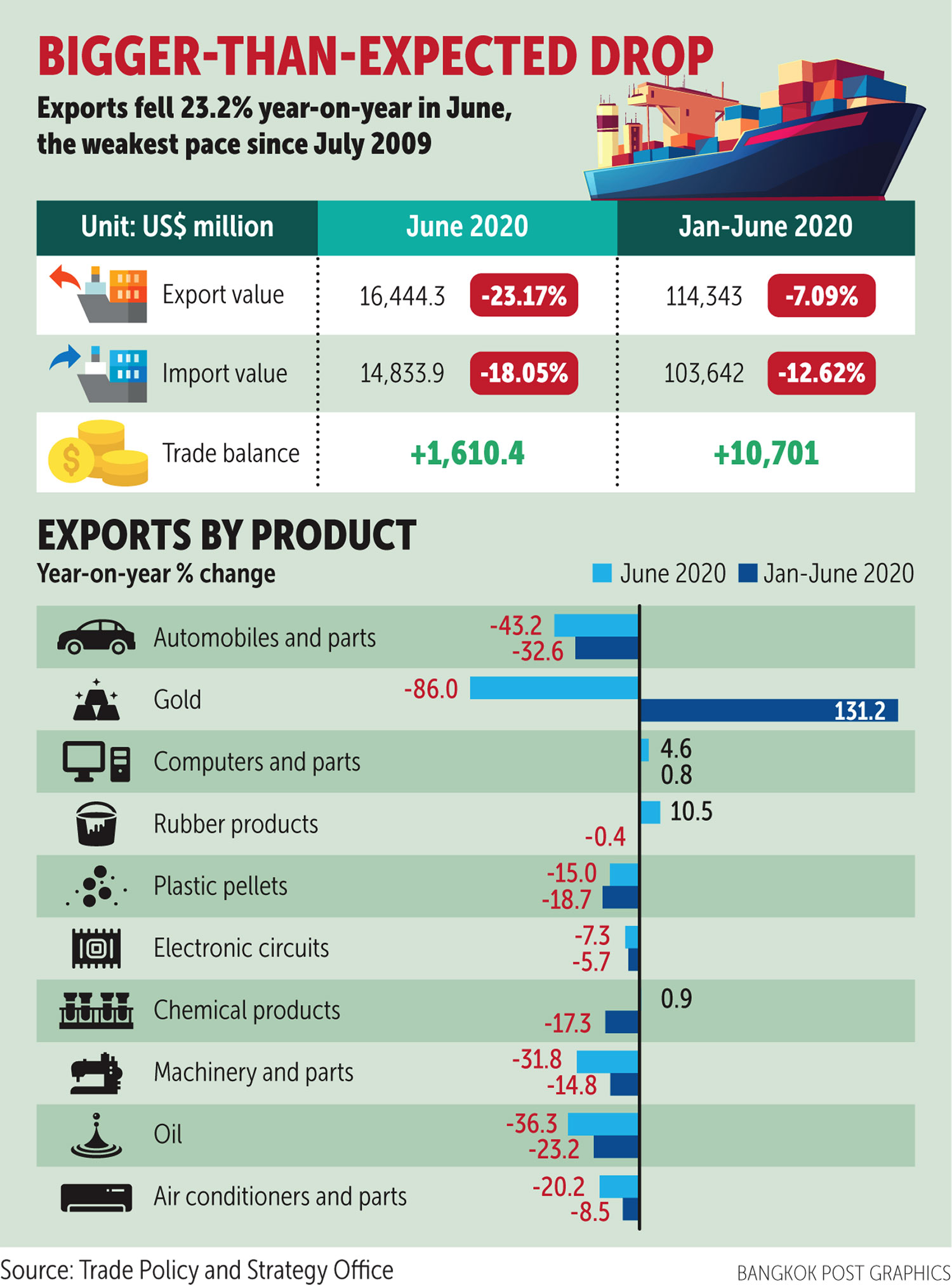 The coronavirus pandemic remains a challenge and will suppress Thai exports in the latter half of 2020, said Pimchanok Vonkorpon, director-general of the Trade Policy and Strategy Office under the Commerce Ministry.

"Although many Asian countries have shown subsequent recovery from the outbreak, the second wave of Covid-19 could pose a downside risk to economies," she said. "Moreover, geopolitics among major powers causes policy uncertainty and exacerbates the global economic slowdown. The baht appreciation could weaken Thailand's export price competitiveness and reduce export revenue in baht terms."

The Commerce Ministry reported yesterday that customs-cleared exports fell 23.2% in June, the weakest pace in the 131 months since July 2009.

Exports to the Chinese market grew for a third straight month, up 12% from June of last year. Exports to the US market also expanded favourably at 14.5% year-on-year.

But exports to other destinations dropped in June, in line with the global economic trend and subdued demand from trading partners.

"Exports should have bottomed out in the second quarter and will likely improve in the second half of the year," Ms Pimchanok said.

Tim Leelahaphan, an economist at Standard Chartered Bank Thai, said that despite early signs of recovery, exports have been hit by logistics problems.

"We do not expect a sustained improvement in the export of electronic products such as computers and parts at this stage," he said. "Exports of agro-industrial products (fruits and vegetables, chicken, pet food) may have risen on higher demand for food and essential goods, but automotive and parts exports may continue to fall."