A man walks past a signboard promoting projects at U-tapao airport. (Photo by Somchai Poomlard)

A political vacuum is afoot, as the recent cabinet shake-up has induced a sense of the usual unpredictable nature of Thai politics.

With dissenting voices rising in volume despite the continuous extension of the emergency decree, the timing of a political power play could not have been more unaccommodating for investor confidence and the public benefit.

News of changes to the make-up of the cabinet line-up came after Finance Minister Uttama Savanayana and three others handed in their resignation letters with immediate effect on July 16.

They were members of the economic team led by Somkid Jatusripitak, who also resigned his post as deputy prime minister.

Their resignations came after they had relinquished their membership in the Palang Pracharath Party (PPRP) following a party leadership change late last month, when Mr Uttama was replaced by Gen Prawit Wongsuwon as PPRP leader.

Many are questioning whether existing policies, especially major investment projects, will still continue as promised with key officials no longer at the helm to steer the wheel of economic fortune.

Despite mounting concerns, the Eastern Economic Corridor (EEC), the flagship investment scheme of the government, will carry on because there is a sum of 576.9 billion in contractual infrastructure investments.

Other investment projects waiting to sign contracts are worth 84.4 billion baht.

The combined value of the two projects is 514.5 billion baht.

An investment sum of about 70 billion baht will be expedited next year into the projects, with the total investment period spanning five years.

The EEC project is in accordance with the EEC Act, under which the prime minister chairs the committee along with 14 other ministers.

Despite a change in the political landscape, the incumbent administration is obliged legally to proceed with project development -- a contrast from development projects under the Eastern Seaboard scheme during Prem Tinsulanonda's government. Those projects were subject to Prime Minister's Office announcements, Mr Kanit said.

"We cannot stop these projects because we have to obey the law," he said. "Important investment projects have almost all been approved."

The Covid-19 crisis, however, will delay investment flows from foreign investors interested in the EEC by 6-9 months, Mr Kanit said. 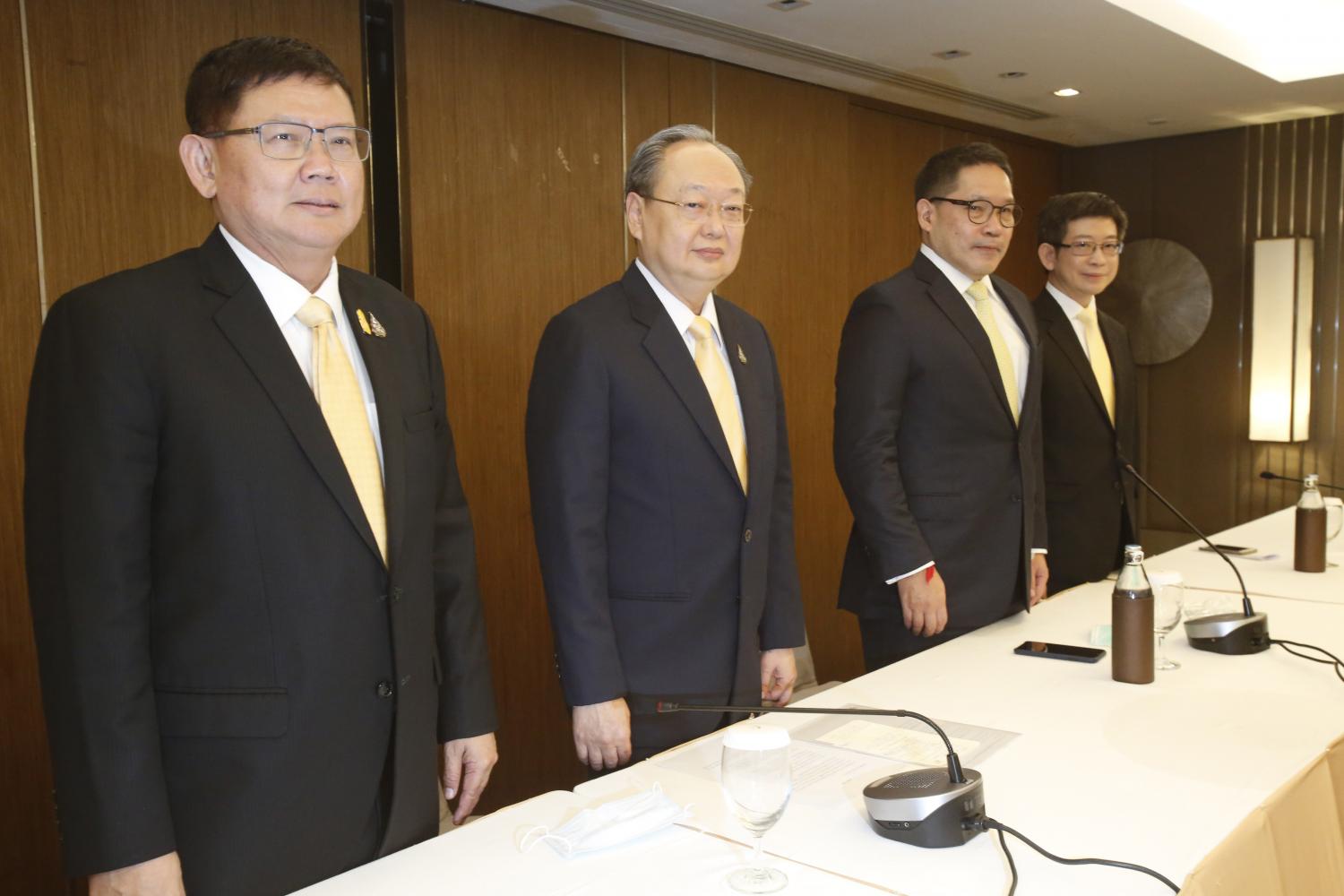 It's believed that the policy to support economic stakeholders affected by the Covid-19 crisis will continue to follow the guidelines of the 1-trillion-baht loan decree, said a Finance Ministry source.

Of the 1 trillion baht, 600 billion baht has been set aside for financial aid and health-related plans for those whose jobs and businesses have been affected.

The remaining 400 billion baht is for economic and social rehabilitation via projects aimed at creating jobs, strengthening communities and building infrastructure.

The new cabinet will have to decide on approving economic rehab projects in a budget within 400 billion baht, the source said.

Thailand may lose up to 14.4 million jobs in the second and third quarters, largely because of the coronavirus outbreak and widespread drought, according to the National Economic and Social Development Council, the government's planning unit.

Of the total, some 8.4 million workers are estimated to be at risk of job loss, 2.5 million of whom are in the tourism sector (excluding retail and wholesale trading), 1.5 million in the industrial sector and 4.4 million in other parts of the service sector.

The private sector is eagerly awaiting the government's new economic team and the individuals who will replace Mr Somkid and four other ministers.

"What we want to ask from the new economic team is to carry on good development schemes while improving projects deemed bad or impractical," said Kalin Sarasin, chairman of the Thai Chamber of Commerce. "The new team also needs to rev up revising existing laws and regulations that still hamper the country's investment and economic development, especially about those relating to the ease of doing business."

Mr Kalin also called on the new economic team to proceed with international trade negotiations both on the bilateral and multilateral level, including the Thailand–EU Free Trade Agreement and the Comprehensive and Progressive Agreement for Trans-Pacific Partnership (CPTPP).

Thailand will take until September to study whether to join the CPTPP, potentially missing a window for entry this year amid widespread concern that joining the pact could harm the domestic farm and healthcare sectors.

The Commerce Ministry has said joining the 11-member CPTPP would boost the country's economy and offset the impact of the coronavirus outbreak, while making the electronics and agriculture sectors more competitive against rivals like Vietnam and Malaysia, both CPTPP members.

Opposition parties and some civil groups oppose membership, saying tariff-free access to other CPTPP members could lead to a flood of agricultural and pharmaceutical imports and hurt those industries in Thailand.

The government is also urged to rein in the baht's strength to make it competitive against the currencies of Thailand's trading competitors and help lower exporters' production and operating costs.

"I see a chance to draw foreign direct investment as a bit tough during this period, now that almost all countries across the world are encountering the same economic difficulty because of the deadly virus crisis," Ms Ghanyapad said. "The government should then focus on beefing up domestic investment, particularly in the agricultural industry, food and medical supplies during this critical period." 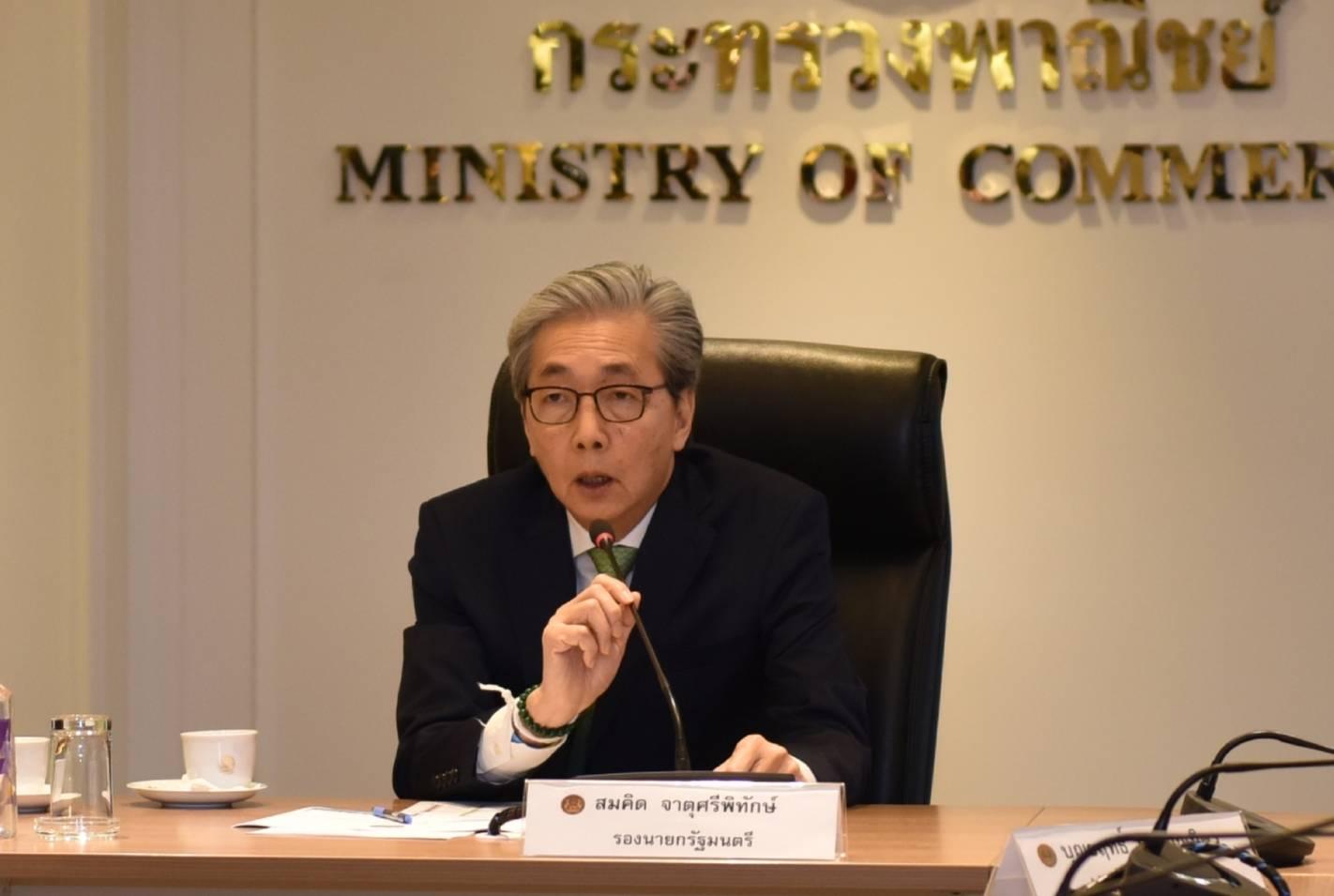 The Federation of Thai Industries (FTI) stresses the need to continue key economic policies, including those pushed by the former ministers, for the sake of the country-- though the federation does not say exactly whether an abrupt change in domestic politics will delay some development projects.

Among them are plans to bolster international trade through the Regional Comprehensive Economic Partnership (RCEP) and the CPTPP.

It is also considering whether to join the CPTPP, which requires its members to reduce import tariffs on farm products to boost trade to one another.

"These agreements will support Thailand's economy in the future," Mr Kriangkrai said, adding that Thailand needs to look for new markets for its industries in the aftermath of the pandemic.

"The agreements will also help global economy and investment because they benefit all members of the pacts," he said.

The government should also continue its trade dialogue with Europe, Mr Kriangkrai said.

The FTI wants the new ministers to keep advancing the ambitious EEC policy, which will turn Chon Buri, Rayong and Chachoengsao provinces into a hub of high-tech industry.

The government cannot stop this project, Mr Kriangkrai said, as it has promoted the scheme for more than five years, making the EEC well-known among many foreign investors seeking new business opportunities.

Also, the government has already chosen 12 S-curve industries, including medical technology and robotics, for commercial development in the EEC.

Businesses have seen a push for these three key policies during the term of the departed ministers.

"The private sector admires this economic team," Mr Kriangkrai said, giving them credit for trying to translate the EEC policy, together with Thailand 4.0, into action.

Thailand 4.0 is a move to drive the country towards the fourth industrial revolution, emphasising technological advances and high-level services.

"The EEC and Thailand 4.0 schemes are great policies for the Thai economy," Mr Kriangkrai said, reasoning that they are well-intended to seriously improve domestic industries by levelling up to a global standard.