The Chinese appetite for Thai durians remains strong despite the coronavirus pandemic and weak global demand for goods. 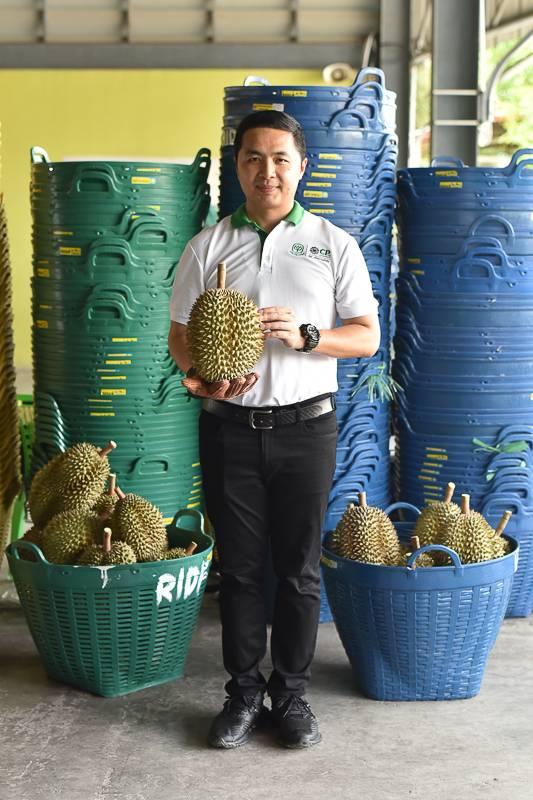 According to Commerce Ministry data, Thailand exported US$567.29 million worth of durians to China in the first four months of 2020, up 78% year-on-year from the same period of 2019.

China accounted for 72.1% of durian export value to the world during the period, which totalled $787.72 million, up 30% from the same period of last year.

In 2019, Thailand exported $1.46 billion worth of durians to overseas markets, a rise of 54.6% from the previous year, with China, Hong Kong and Asean nations accounting for 98% of export volume.

Auramon Supthaweethum, director-general of the Trade Negotiations Department, said the robust growth was partly driven by trade agreements and advance orders placed by Chinese fruit dealers before the start of the annual harvest season.

CP Group has over the past three years bought all durian output from orchards in the three southernmost provinces: Yala, Narathiwat and Pattani. The orchards are supported by the Pid Thong Lang Phra Foundation.

The foundation together with CP Group in 2018 implemented a project to support durian farmers to upgrade their product quality for three years by providing growing techniques, effective use of fertiliser, water supply development and product quality improvement.

The company buys durians from farmers in the three southern provinces at a relatively higher price of 10-15% above the market price. The foundation takes responsibility for the transportation of the farmers' produce to the company's logistics centre in Chumphon.

The joint efforts aim at addressing poverty in the three southernmost provinces.

The company this year plans to buy 100 containers or a total of 1,800 tonnes from farmers who are supported by the foundation which is expected to generate 162 million baht worth of income, up from 80 million baht last year.

The company aims to export 250 containers or 4,500 tonnes of fresh durians to China this year.

Chaisit Phanichphong, Yala's governor, said the three provinces have a suitable climate to grow durians and the soil has a good quality to support a proper taste.

Durian production in Yala this year is projected at 53,031 tonnes, up from 42,000 tonnes last year, because farmers have expanded their farmland boosted by higher demand and better prices.

Mr Chaisit said the province expects more farmers to join the Pid Thong Lang Phra project after they witnessed their neighbours generating more income from selling durians to the project.

There are 625 farmers from three southern provinces participating in the Pid Thong Lang Phra, with 29,201 trees expected to yield 1,800 tonnes of production this year.

Karan Supakitvilekakarn, director-general of the Pid Thong Lang Phra Foundation, said at the pilot project in Yala there are 18 farmers with 33.4 tonnes of durians joining the project, generating 2.3 million baht in 2018.

Currently there are 625 farmers with 29,201 trees in 14 districts of the three southern provinces taking part in the scheme.

The foundation expects to double the number of durian farmers involved in the project next year.