Prices decline for fifth month in a row
Business

Prices decline for fifth month in a row

The consumer price index (CPI), a gauge of headline inflation, dropped 0.98% year-on-year in July, the fifth straight month of decline. 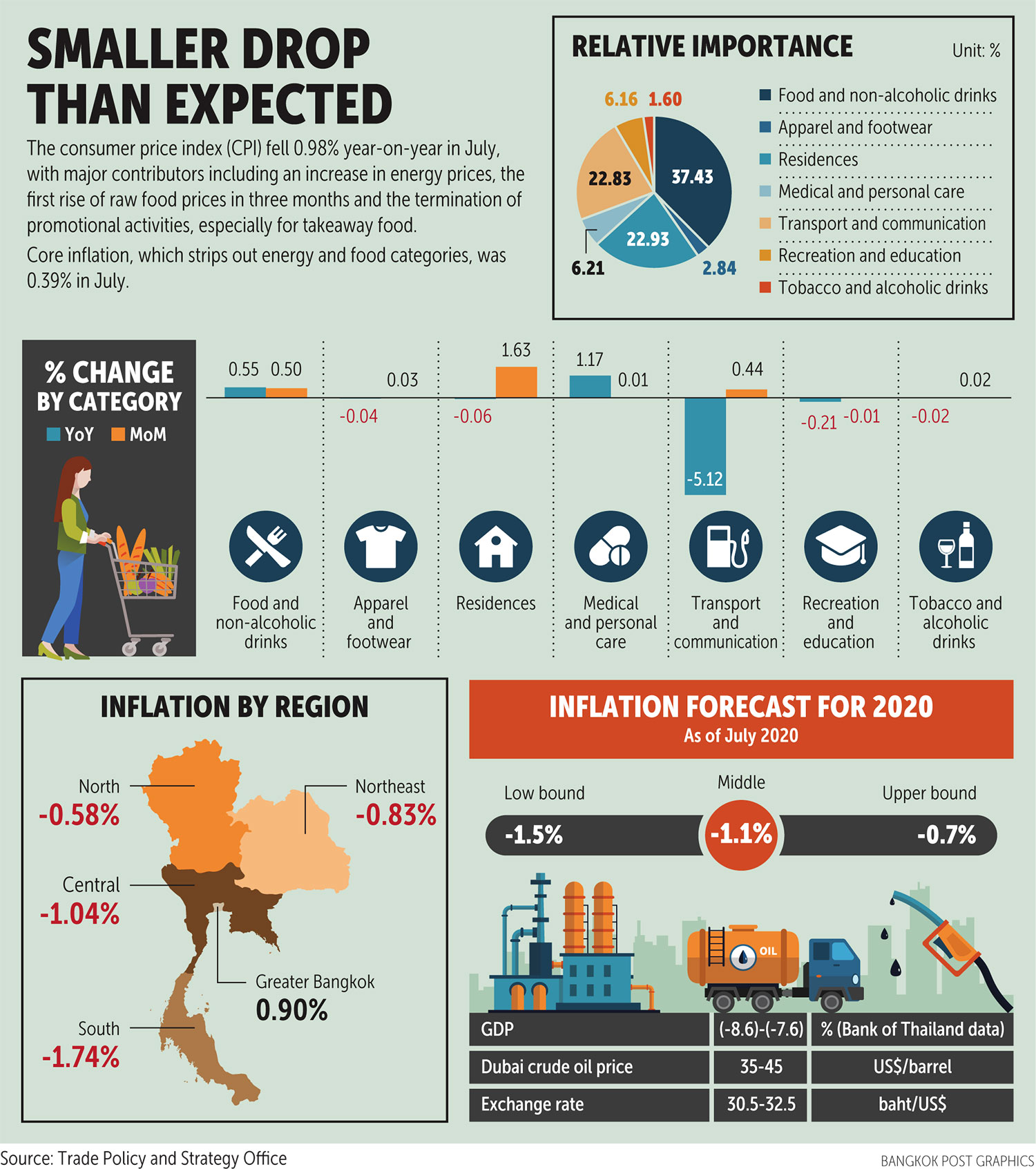 Pimchanok Vonkorpon, director-general of the Trade Policy and Strategy Office, said key contributors to the July figures were a slower contraction of energy prices, the first rise in raw food prices in three months as domestic demand spiked with students returning to school, a recovery of economic activity and an outbreak of African swine fever in neighbouring countries.

The termination of subsidised utility bills and a decrease in promotional activities also played a part in the drop.

According to the Commerce Ministry, inflation for items excluding food and energy, known as core inflation, was 0.39% year-on-year in July.

"With the easing of the Covid-19 situation, government measures to promote domestic tourism and stable energy prices, we expect a better [i.e., higher] inflation rate for this month," Ms Pimchanok said. "However, a second wave of the coronavirus, fluctuating energy prices and the global economic situation are risk factors that warrant close monitoring."

Thanavath Phonvichai, president of the University of the Thai Chamber of Commerce, said the CPI's drop at a slower pace is in line with the economic trend, which is likely to bottom out in the second quarter.

Another 43.5 billion baht will be allocated to boost domestic consumption and local travel, officials said on Wednesday, as the government tries to revive a flagging, pandemic-hit economy.