Thailand's top startups have seen double-digit growth windfalls in revenue following the pandemic, being well-positioned to benefit from the consumer and business shift to digital commerce during the lockdown.

The three best-funded startups in Thailand have made significant gains, inching towards the government's goal of becoming the "startup hub of Asean", while still falling far short of Indonesia, Singapore and Malaysia.

SYNQA, parent company of the payment processing and blockchain firm Omise, has entered a period of hyper-growth, doubling revenue since last year, primarily because of processing online food delivery orders from clients like McDonald's Thailand that spiked dramatically during the work-at-home era.

Despite top-level successes, Thailand still ranks lower than some of its Asean peers in terms of startup funding. Thailand raised more in the first six months of 2018 than its disclosed funding total for all of 2019.

In 2019, Thai startups raised US$97.6 million, according to Techsauce, while so far in 2020 they have raised over $130 million, mainly thanks to a $80 million Series E funding round from SYNQA.

Despite the year-on-year progress, Thailand still ranks far below Singapore and Indonesia and marginally below Malaysia and Vietnam in terms of disclosed funding, according to a 2019 Google-Temasek study.

All three Thai companies say they have attained profitability and are looking at an initial public offer (IPO) in the near future.

Startups in Thailand still struggle and some are forced to incorporate their businesses elsewhere because of regulations that tax founders of startups on the unrealised gains they make from funding rounds. This means startups that rake in lots of money in venture capital funding leave their founders and stakeholders with huge tax bills, though they are not rich, only partial owners of a potentially lucrative business that could see major returns eventually.

"When startups' shares of their company go up in the next round of funding, they will be taxed on the unrealised gain," said Mukaya Panich, chief venture and investment officer of SCB 10X, the venture capital arm of Siam Commercial Bank that led SYNQA's latest funding round.

"This leads many startups that could potentially gain traction to move to Singapore or somewhere with a more attractive tax structure." 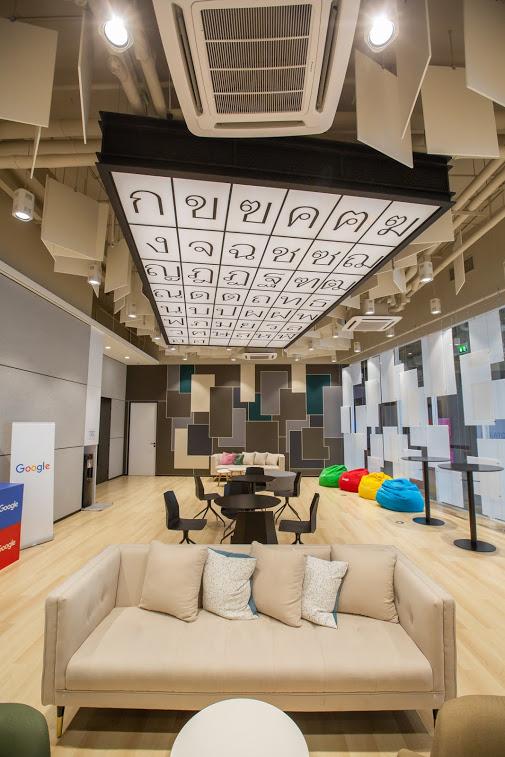 Much is riding on Thailand's ability to produce a tech startup "unicorn", meaning having a valuation of over $1 billion.

In Southeast Asia both Singapore and Indonesia have produced multiple unicorns. Singapore's status as a first-class global financial hub makes its success in business pursuits unsurprising, while Indonesia's massive population can catapult a domestic success into the global arena.

The other countries in Southeast Asia have yet to produce one -- a unicorn is a speculative value that is less important to companies themselves than the countries they represent and of course their investors.

A Thai unicorn would be a huge material win for Thailand 4.0, the largely aspirational initiative by the government to will the nation into being a hub of technological innovation.

Thailand 4.0 does not really have a budget and most of the focus by the government is on larger industrial projects in the Eastern Economic Corridor that are related to tech, with less attention on burgeoning small startups in Bangkok.

Despite the prestige label, many unicorns in Southeast Asia are struggling underneath the financial strain of the pandemic.

Ride-hailing super app Grab, based in Singapore, had to lay off 360 workers or 5% of its staff in June, while similarly broadly scoped Indonesia-based GoJek laid off 430 employees or 9% of its workforce the same month.

Grab and GoJek's food delivery businesses, which have long struggled to attain profitability, saw major spikes in revenue during the lockdown, but not enough to offset the absolute gutting of the taxi market while everyone was staying indoors.

Even before the crisis, venture capital suffered a major blow to confidence as WeWork, the US-based office subletting startup, experienced a failed IPO that laid bare its overzealous strategy of growing at all costs without a care for clean balance sheets.

The top three Thai startups have conversely had a stable growth strategy, where profitability and a safe, common sense business model superseded IPO ambitions. This made them attractive prospects amid a financial crisis where major VCs were becoming skittish.

"We aspire to be one of Thailand's first unicorns -- one of many I hope -- but at this stage instead of focusing on valuation, we are more concerned with profitability and staying profitable," said aCommerce chief executive Paul Srivorakul. "Too much growth can be dangerous, especially with the current situation, so we really want to make sure we are planning safely over the next two years."

aCommerce helps brands navigate their products to end-point consumers and businesses through the diverse web of logistics and sales channels, primarily in Thailand with efforts to expand in high-growth Asean markets such as Indonesia and the Philippines.

The company has raised a total of $119 million, which according to Mr Paul will likely be all the funding it needs before an IPO after a year or so spent in the black. 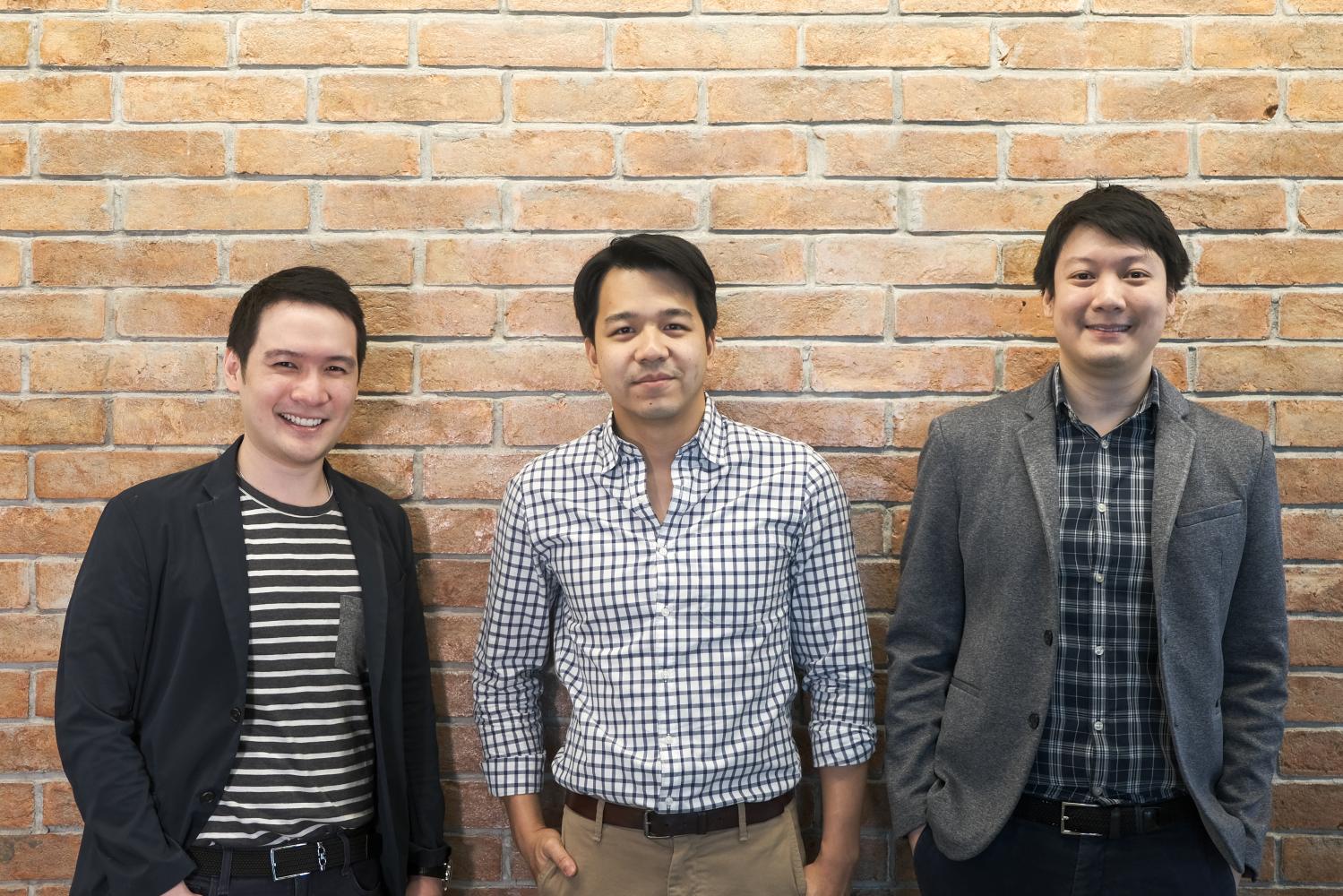 While having no funding rounds in 2020, Eko Labs or Amity, as their newly formed parent company is called, made an "eight-figure" acquisition of another Thai startup, AI and machine learning firm ConvoLab, that has already raked in 1 billion baht in funding.

According to Korawad Chearavanont, chief executive of Amity and heir to the Charoen Pokphand (CP) family, the company plans to integrate ConvoLab's AI tech into its existing employee communication platform to develop chatbots for human resources and other internal company functions.

CP Group plays a major role in the Thai startup scene as an investor in SYNQA and other leading Thai startups. Another CP heir, Chatchaval Jiaravanon, founded Lightnet, a blockchain startup that acquired 1 billion baht in Series A funding in January.

But Eko does not limit its ambitions to Thailand, earning most of its revenue from sales in the US. Instead of becoming Thailand's first unicorn, Mr Korawad is more determined to see Amity become the first international Thai tech firm.

The company made major inroads in the US by focusing its sales pitch on using its platform to organise front-line workers. Its biggest competitor, Slack, is more of a chatroom and organisational tool for white-collar office workers with limited capabilities for on-the-ground consumer-facing staff.

"Our market segment is quite a blue ocean -- although we have some competitors, in general it's a pretty open field and difficult for one player to grow quickly and dominate," he said. "At this time, Thailand is too small to support a sizeable tech company, so we are focused on making our product compete at a global level."

Mr Korawad said the company is targeting a 2023 IPO and hopes to attract investors with sound fundamentals, avoiding the debacle that happened with WeWork.

"Our product has a high margin as we are a software company. We can leverage this on the Nasdaq," said Mr Korawad. "You could be a unicorn and still lose a ridiculous amount of money or never really get to a point where sales can support a proper market valuation. We are definitely not successful yet, or at least based on our definition of success, but we are lucky to be in this position.

While Amity is placing its fortunes on established Western markets like the US and Britain, SYNQA is taking the more traditional Thai startup approach of planting deep roots in Thailand and then expanding out to Southeast and East Asia. The company was founded by one Thai and one Japanese national, allowing the firm to leverage connections with large multinational corporations based in both countries.

"We are heavily focused on Thailand, but think it is time we extend solutions to other markets," said Jun Hasegawa, group chief executive and co-founder of SYNQA. "However, with the pandemic we are more cautious about expending our resources."

The company has partnered with major Thai firms such as King Power, Minor International and True Group to process online payments, as well as Japanese giants like Toyota, helping the firm build its own fintech operation.

Revenue is split 50:50 between transaction fees from its payment gateway and licensing from its fintech platform, which enables established firms to build and offer their own financial services on top of the platform.

This revenue and raised venture capital allows SYNQA to fund its more experimental OMG Network, which could one day allow users to transact digital items from video games or make real-world transactions with its OMG cryptocurrency at higher speeds and lower fees than offered from traditional financial institutions.

SYNQA's $80 million funding round was the highest in Thailand to date among tech startups.

Mr Hasegawa said it could have been even higher, had it not been for the pandemic causing some investors to back out or wait too long to make the round.

"A lot of traditional tech companies are becoming financial companies and our platform is helping them do that," he said. "We are more focused on growth at this moment and helping our shareholders with their digital transformations."

Mr Hasegawa said SYNQA is not looking at an IPO "anytime soon", but because of the interests of its shareholders, it will have to eventually.

Apart from punitive taxes on startup founders and early shareholders, Thailand also lacks a sophisticated employee stock option framework that can make it difficult for Thai startups to attract top talent, according to Ms Mukaya from SCB 10X.

Young startups often lack the capital to pay employees salaries they could get at larger corporations, so instead they offer early employees equity.

In Thailand, growing the percentage of equity that can be offered to new employees is more difficult and instead it often gets diluted by new investment rounds. Many startups around the world use new investment money to "top up" the amount of equity available for employee stock options, however this mechanism does not exist in Thailand.

"Once a startup has traction and can raise VC money, they go to Singapore so they can set up employee stock options," Ms Mukaya said. "In my view Thai startups' ideas and technicals are not bad, but often they lack the ability to scale up outside, causing them to not do as well as startups from other countries."

While Thailand's top three startups are reaping the rewards of a completely reordered economy, many smaller startups will likely struggle to attract VC funds or even to maintain solvency through what could be a global recession that spans years.

An estimated 40-50% of local startups might completely disappear because of the pandemic, according to KT Venture Capital.