The government unveils its latest talking-shop as part of efforts to rehabilitate the sputtering economy.

Nightlife is trickling back to Khao San Road after a long shutdown during the coronavirus outbreak. (Photo by Nutthawat Wicheanbut)

Another government-backed centre has been established for the purpose of managing an economy rattled by the pandemic crisis, with redundancy and business interest as the core qualms expressed over the move.

The cabinet on Aug 23 gave the green light to establish a centre to handle the country's economic rehabilitation from the coronavirus crisis.

The centre's main task is to take charge of proposing economic solutions to tackle economic problems and supervise the government's economic rehabilitation efforts.

The centre comprises 22 committees with representation from all economic ministers, the Interior and Labour ministries, the Bank of Thailand's governor and the heads of three private-sector organisations.

The secretary-general of the National Economic and Social Development Council is the centre's secretary.

The cabinet also approved setting up a committee to drive economic management. This panel will be chaired by Pailin Chuchotthaworn, an adviser to Gen Prayut and the former deputy transport minister.

Although the intention seems to be about accelerating economic stimulus measures, sceptics are asking whether the centre is redundant to existing ministerial works and could even be a front for business lobbyists rather than dedicated to the public interest. 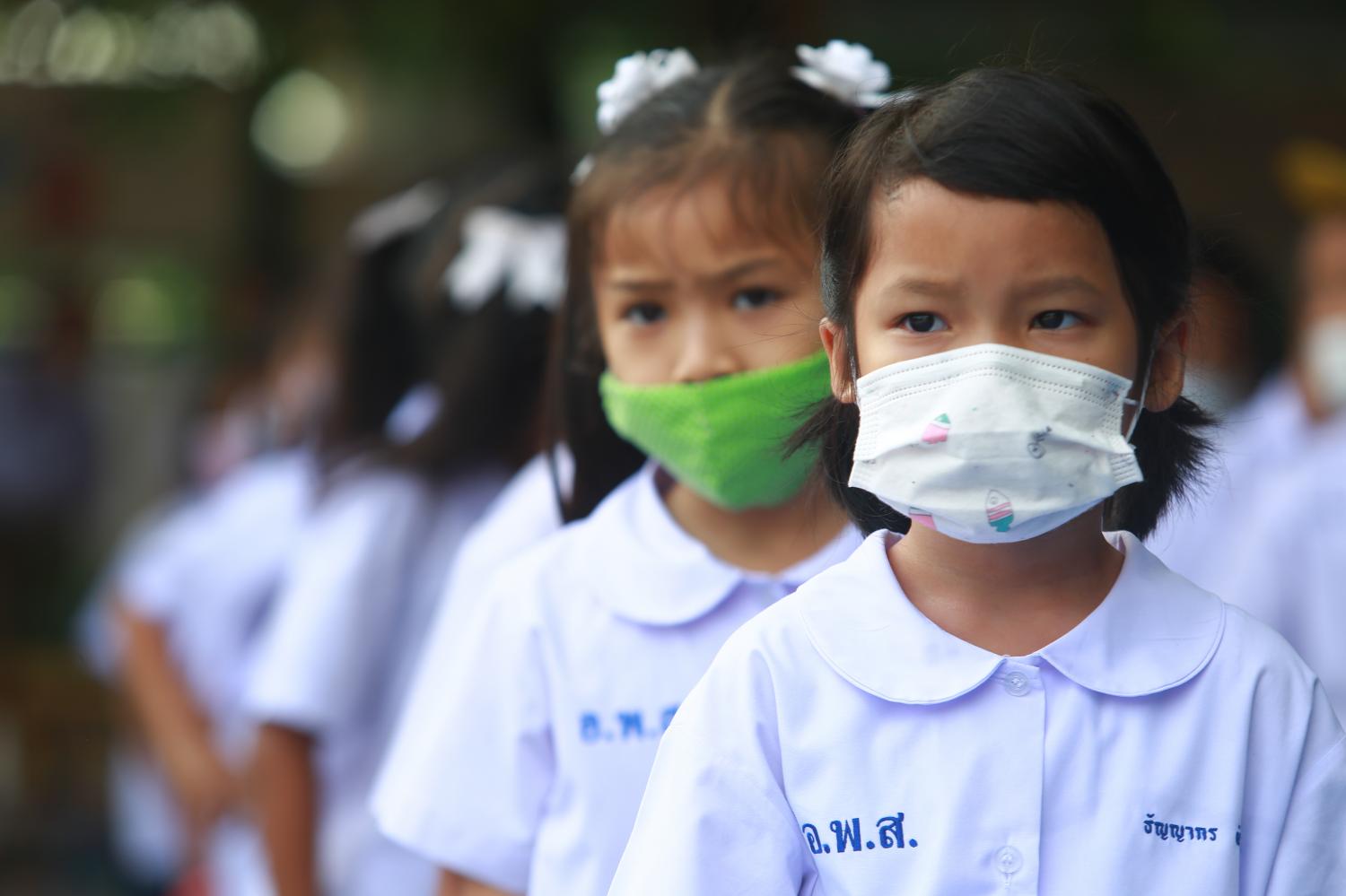 After the first meeting of the newly formed centre on Aug 19, Deputy Prime Minister Supattanapong Punmeechaow said additional stimulus measures will be rolled out to revive an economy hit by the Covid-19 pandemic and restore investor confidence.

These measures are aimed at boosting domestic tourism and consumption, as well as creating an estimated 1 million jobs for new graduates and unemployed workers.

The government will allocate funds from the 400-billion-baht budget set aside for economic and social rehabilitation to support job-creation projects.

The measures to support tourism and create jobs will go before the cabinet for approval on Aug 25 when the cabinet holds its meeting in Rayong province.

CESA spokesman Smith Banomyong said the centre has proposed increasing the subsidies in the We Travel Together scheme.

The 40% hotel subsidy for a maximum of 3,000 baht per night, currently capped at five nights, would be extended to 10 nights.

In the view of independent academic Somjai Phagaphasvivat, redundancy in executing economic policies seems to occur at the executive and ministerial levels, but not at the level of governors and the private sector.

"Brainstorming will likely come from both the public and private sectors," Mr Somjai said. "The private sector will not be on the output side, but rather provide input for the government, and it is up to the ministers to filter out their recommendations and put them into practice."

It must be acknowledged that the centre could be a means for private lobbyists to influence government policies, but this occurs in every country, he said.

"The main problem is not short-term policy management, but rather the medium- to long-term management, as their policies will likely increase the public debt-to-GDP ratio," Mr Somjai said.

The cabinet will have to increase the public debt ceiling if the ministers want to implement stimulus policies using fiscal budget, he said.

The cabinet recently approved an additional loan of 214 billion baht to compensate for the budget deficit, intended as a credit line in case public expenses exceed revenue, according to the Public Debt Management Office (PDMO).

The level of borrowing will be assessed by the government in the event that revenue collection falls below the target by 9% or about 300 billion baht, said Patricia Mongkhonvanit, the PDMO's director-general.

If the government borrows the full loan amount, this will increase the ratio of public debt to GDP to 52.4% in 2020 from the existing 45.8% or 7.4 trillion baht, the PDMO said.

As one of the private-sector representatives, the Federation of Thai Industries (FTI) believes the centre will serve as a powerful mechanism to put economic remedies on a fast track, despite criticisms that it will give more weight to business interests than to public concerns.

FTI chairman Supant Mongkolsuthree said he sees smoother and closer cooperation between authorities and businessmen under the same umbrella.

"We can make more direct and faster contact with each ministry without a need to follow unnecessary regulations," Mr Supant said.

This working style is important when Thailand needs urgent and timely help to deal with the Covid-19 crisis.

The idea to set up the centre was raised by the Joint Standing Committee on Commerce, Industry and Banking, of which FTI is an affiliate member.

The government and businesses earlier established the Joint Public and Private Sector Consultative Committee to solve economic problems, but the group has not called a meeting for a long time, causing a slow response to various issues.

He said it won't be easy for the private sector to push ahead with any ideas and translate them into action via the centre because business groups are required to carefully screen proposals before forwarding them to the government for the final say.

Smai Leesakul, founder and chairman of the executive committee of TRC Construction Plc, shares the same view as Mr Supant.

He said the centre will urge the government to pay more heed to proposals made by the business sector.

Previously some state policies did not deal precisely with investment issues. Some ministries simply issued policies without consulting businesses about what they wanted, Mr Smai said.

"The result was those policies were not smart enough," he said. "I think nobody will think of their self-interest at this moment, otherwise why do we dare face criticism for joining the centre?"

Kalin Sarasin, chairman of the Thai Chamber of Commerce, said the private sector has pinned hopes on the newly established centre and expects it to help speed up economic rehabilitation efforts and processes, be they measures to salvage ailing tourism, rising unemployment and small and medium-sized enterprises (SMEs), or those to stimulate the economy and consumer spending.

But he said it remains to be seen how far the centre can go to tackle existing economic challenges and rehabilitate a economy wrecked by the coronavirus and weak global demand.

"What the private sector wants the government to put as a first priority in particular is job creation, plus job retention and expense reduction programmes for average people and SMEs," Mr Kalin said. "The government may allow private companies to use expenses on hiring new graduates to claim deductions of two times and allow SMEs to lower contributions to the Social Security Fund and hire workers on an hourly basis to retain their employment."

Boonyong Tansakul, chief executive of Zen Corporation Plc, the operator of Zen Japanese restaurants, said setting up a new centre was unnecessary, as the government itself has already introduced a spate of aid measures for almost all business sectors.

"The key point is the execution of the aid measures, which are relatively slow," he said.

According to Mr Boonyong, his company has for a long time notified the Thai Retailers Association about the predicament of the domestic restaurant business, but until now the request, particularly about soft loans for SMEs, has yet to make progress.

A bar employee sits idly amid a huge drop in customers on Khao San Road during the pandemic. Pornprom Satrabhaya

The centre has been established amid not only the economic crisis, but also growing political conflict after student-led protests called on the government to dissolve parliament by September.

As darkness fell at Bangkok's Democracy Monument on Aug 16, the number of protesters calling on the government led by Gen Prayut Chan-o-cha to quit swelled to well past 10,000.

The peaceful but high-spirited rally began in the afternoon and by evening engulfed an area stretching from the Democracy Monument roundabout, where activists and comedians spoke from a stage, to beyond Khok Wua intersection in the direction of Sanam Luang.

Speakers at the rally held by the student-led Free People group reaffirmed their three demands: the dissolution of the House, the commencement of writing a new constitution and an end to harrassment of government critics.

But in Mr Supant's view, it's not the right time to change the government.

What Thailand and other countries need most is ways to survive the Covid-19 impact, the FTI chairman said. Many Thai and foreign businessmen believe that the rallies will not severely affect Thai economy.

"It's Covid-19 that causes more impact," he said. "An urgent issue is to solve it fast after we have new economic ministers."

The first is a use of force by the government similar to the Oct 6, 1976 massacre at Thammasat University.

The second is the government gradually caving in to some of the students' demands to slow their momentum.

The third is amendment of the charter in response to growing public pressure.

"The economy has been ravaged by the Covid-19 crisis rather than the student protests, but investor sentiment in the capital market has been rattled by domestic political uncertainty," the independent academic said.