Finance Minister Predee Daochai gestures during a briefing on economic policies at the ministry on Aug 17. He submitted a resignation letter on Tuesday. (Photo by Arnun Chonmahatrakool)

The baht experienced a sudden depreciation against the US dollar on Tuesday after Finance Minister Predee Daochai submitted his resignation less than a month into his tenure.

Mr Predee cited illness as the reason for his resignation. Local media reports suggested that he and Deputy Finance Minister Santi Promphat were at odds over filling top positions at agencies under the Finance Ministry.

Mr Santi is considered one of the heavyweights of the Palang Pracharath Party, which leads the government coalition.

Mr Predee, until recently a co-president of Kasikornbank, took his oath of office on Aug 12 along with five other new ministers to complete their appointment after a cabinet shake-up. 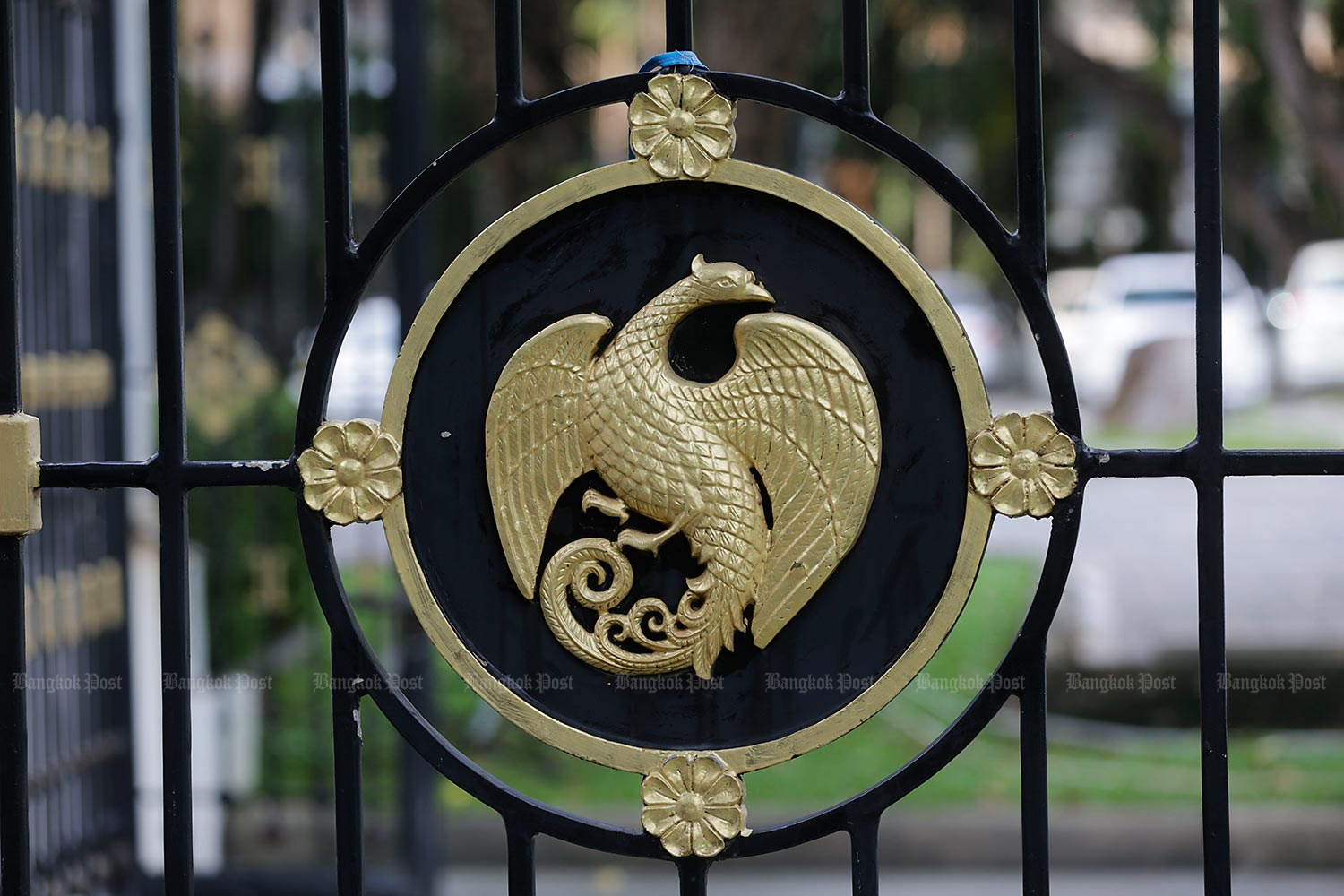 The Finance Ministry’s gates. Predee Daochai tendered his resignation after less than a month. (Photo by Pornprom Satrabhaya)

The news of his resignation spooked investor confidence, which was reflected in the swift depreciation of the baht and a sell-off on the Stock Exchange of Thailand, albeit at a minimal margin.

Earlier in the day, the local currency appreciated past the 31-per-dollar mark to 30.90 on the back of the depreciating US dollar before retreating to 31.09 as of press time.

The baht, Asia's second-worst-performing currency this year, lost ground as Thailand's tourism-dependent economy was hit hard by travel restrictions to control the coronavirus spread, according to Bloomberg.

With private sector activity stalled during the coronavirus crisis, Mr Predee's resignation will further derail investor confidence along with hopes of an economic recovery through continuity of fiscal policies, said Kobsidthi Silpachai, head of capital markets research at Kasikornbank.

Although fiscal budget disbursement has been slow this year, this is seen as a controllable factor, as opposed to exports and tourism, which rely heavily on external demand, Mr Kobsidthi said.

Mr Predee's resignation has eclipsed hopes of an accelerated fiscal disbursement, as well as fiscal policy continuity, he said.

"The question is who will be the next in line helming the Finance Ministry," Mr Kobsidthi said. "Uncertainty is wrecking confidence in the private sector. The resignation also spooks the public about the unity of the government and puts pressure on domestic political instability."

Kasikorn Research Center has revised down its forecast for Thailand's GDP growth for the third time this year, expecting the economy to shrink by 10%, down from a 6% contraction and a 0.5% growth rate anticipated earlier.

The deeper contraction is mainly derived from the outbreak and falling external demand, particularly for exports and tourism.

"Political noise is rising and we are starting to see a re-emergence of political risk," Mr Tim said. "This is weighing on consumer and business sentiment, as well as domestic economic activity."

The unity of the multi-party coalition government is crucial to the passage of legislation -- including the budget bill for fiscal 2021, due to start on Oct 1, and the implementation of policy, he said.