The consumer price index (CPI), a gauge of headline inflation, fell 0.50% year-on-year in August, the shallowest contraction in six months, boosted by fresh vegetable prices and strong demand for pork from both domestic and foreign markets. 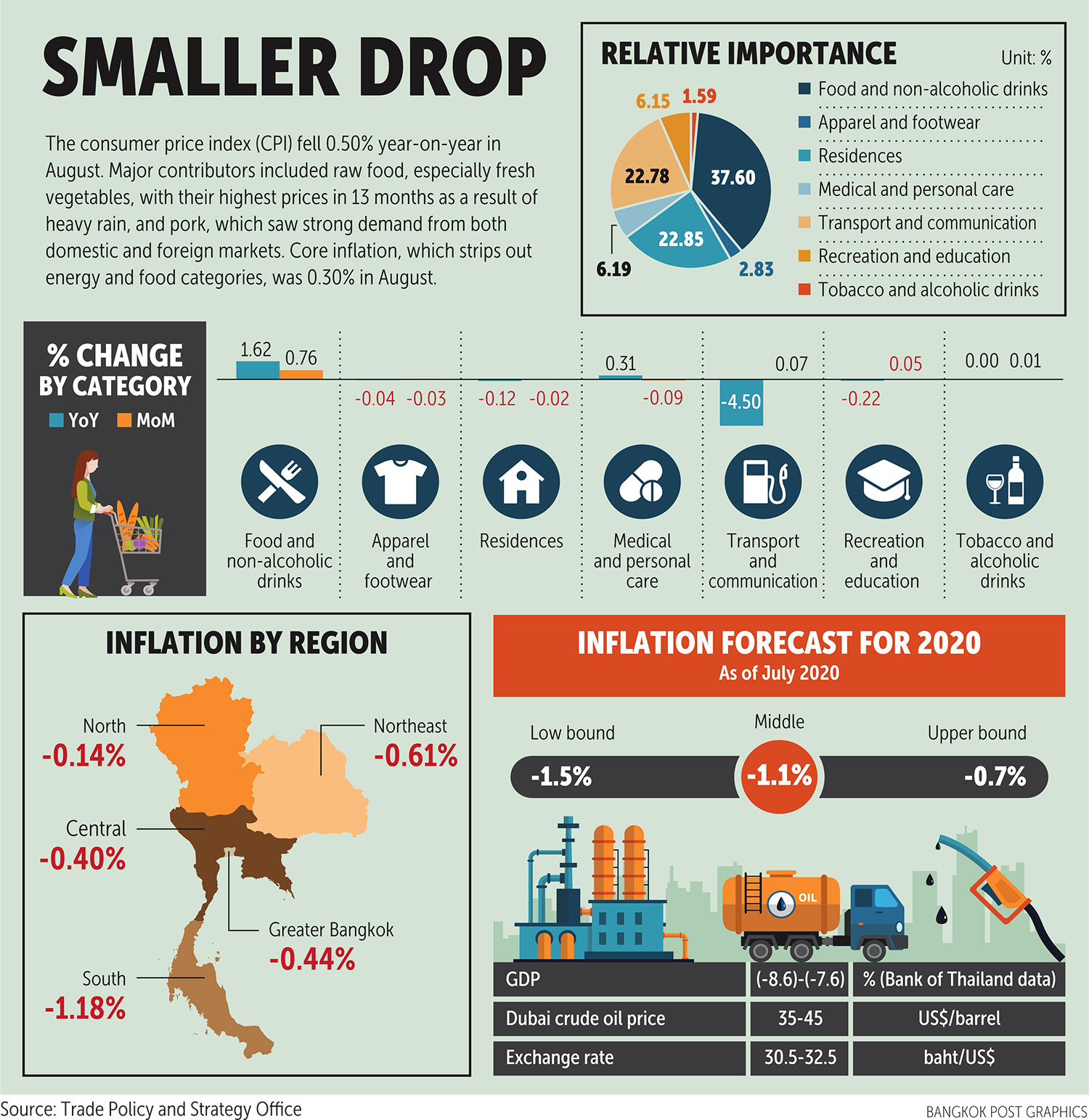 The March reading of -0.54% marked the first contraction in 33 months.

Pimchanok Vonkorpon, director-general of the Trade Policy and Strategy Office, said key contributors to the August figure were raw food, especially fresh vegetables, with the highest prices in 13 months as a result of heavy rain, and high demand for pork both from domestic and foreign markets.

Energy prices, meanwhile, were stable but still lower than those a year earlier. Prices for other goods and services moved in line with supply, demand and promotional activities, Ms Pimchanok said.

Inflation for items excluding food and energy, known as core inflation, was 0.30% in August.

"The improvement of current inflation," Ms Pimchanok said, "is in line with both demand and supply, which improved significantly, be it in manufacturing production, capacity utilisation or farm income, which improved as a result of higher prices of agricultural products, especially for fresh vegetables, vegetable oil and poultry, as well as the improvement of sales volume for motorcycles and cars."

She said the rate in September is expected to contract at a decelerated rate, with key factors including stable energy prices, higher consumption demand spurred by government measures promoting tourism, and higher prices of raw food due to climate variability, natural disasters and low base prices for several items.

"We expect the contraction rate of inflation in the fourth quarter of this year to be softer than the reading in the third quarter because of rising ready-to-eat food prices compared with the same period of last year," Ms Pimchanok said. "Rising farm prices driven by the economic recovery will also result in higher income for farmers and will increase their spending during the final quarter of 2020."