Thailand slips one place in 2020 GII

Thailand slipped one position to 44th out of 131 countries in the Global Innovation Index (GII) 2020 commissioned by the World Intellectual Property Organization, hurt by a shortage of innovators and researchers and poor regulatory processes. 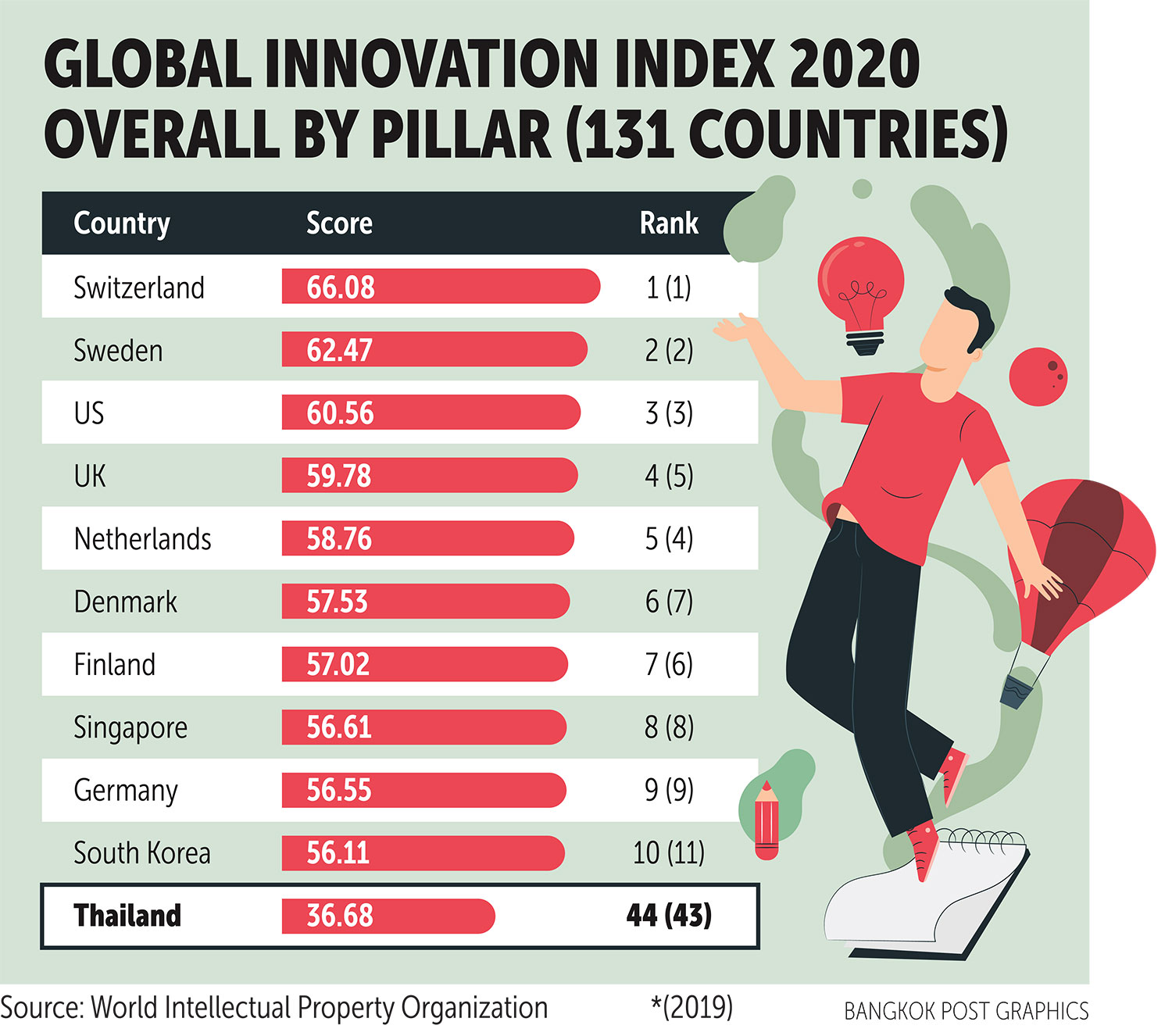 "The drop was mainly due to the regulatory environment and human capital issues, including education," said Pun-Arj Chairatana, executive director of the National Innovation Agency.

Switzerland ranked first in the index, followed by Sweden, the US, Britain and the Netherlands.

The countries were categorised into four groups according to their economic clout: high-income, upper middle-income, lower middle-income and low-income.

Thailand was placed in the upper middle-income bracket, consisting of 37 countries. It ranked fourth in this group behind China, Malaysia and Bulgaria.

Vietnam was put in the lower middle-income group and ranked first out of 29.

A key challenge is the institutions category, in which Thailand fell eight positions to 65th this year. This category includes regulatory environment, which fell from 105th last year to 113th this year.