New condo supply launched in Pattaya dipped 95% in the first half because of the glut of unsold units last year and a drop in foreign demand during the pandemic. 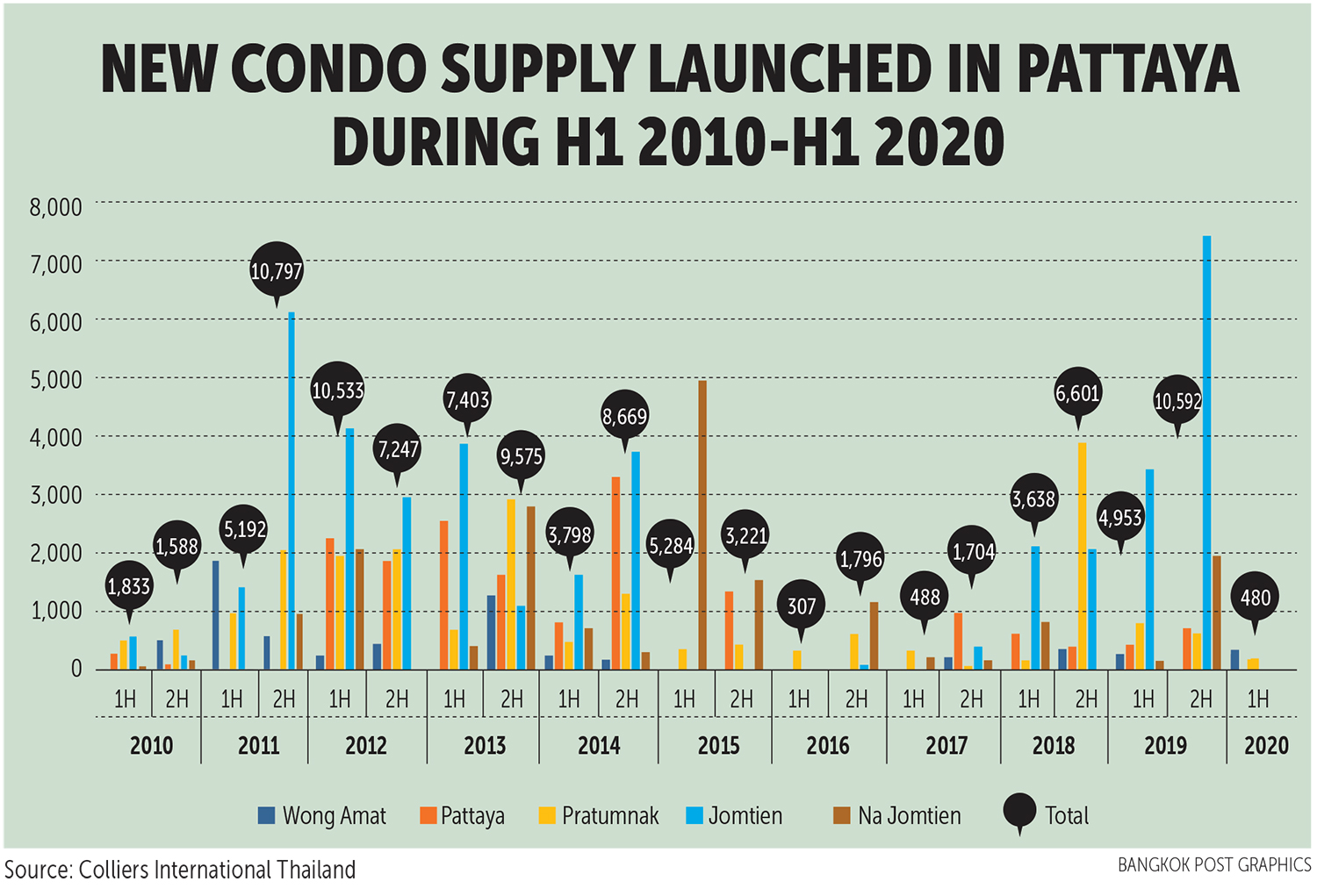 Colliers reported that 480 units from just two projects were launched in the first half, compared with 4,953 units in the same period last year.

Sales rate of the new launch was 66%, a slight increase from the second half last year, but the amount of unsold inventory in the market remained high at more than 20,000 units.

Jomtien and Na Jomtien saw the biggest pool of unsold inventory, as there was fierce competition from several new projects in the past few years with more than 1,500 units per project.

Mr Phattarachai said there were more than 10 projects that halted sales activity and project development after recording a sales rate of 10-20%, compared with 60% in the usual period. Most were in Jomtien.

Three projects that had a low sales rate revised down selling prices by 10-20% to attract buyers, while some were either changed to hotel development or offered land for sale, he said.

Wong Amat was the location with the lowest unsold condo supply of around 600 units as of the first half this year, due to limited vacant land for condo development.

Central Pattaya came in second, as it was a popular location among local and foreign tourists. Buyers in this location preferred buying as an investment or own living.

"The most popular projects with a good sales rate in the first half were those offering guaranteed rental returns, as most Pattaya condo buyers bought a unit as a vacation home," he said.

The lowest average selling price was in Jomtien, which saw an influx of supply in the middle to lower-end segment. Unit prices started at 50,000 baht per sq m.

The average sales price at all locations dropped 10-20% in the first half as many projects, particularly those with construction completed and ready-to-transfer units, offered discounts.

The government's megaprojects included a contract signing of section one of the Map Ta Phut industrial port development phase three, a high-speed train linking three international airports in Bangkok and Chon Buri, and an aerial metropolis and U-tapao airport development worth 290 billion baht.