Northern Thailand is home to hundreds of thousands of hill tribe people who live undocumented even though they were born and raised in the country. Thailand has laws entitling hill tribe people to citizenship, but the application process is complex and often fraught with difficulty. As a result, many do not hold citizenship and are vulnerable to being exploited and abused. (Photo: Tawatchai Kemgumnerd)

Minorities and indigenous people are often among the most marginalised communities in many societies. Systemically excluded from participation in the socio‐economic life of many countries, they lack access to political power and encounter obstacles to asserting their identity.

Indigenous communities comprise 6% of the world's population but the territory they inhabit houses 80% of the planet's biodiversity. They possess valuable knowledge on how to preserve the environment and care for natural resources. However, they face challenges that put their survival at risk, such as the lack of basic rights to land and little say in resource management.

But in many parts of the world, these groups can be victims of severe human rights violations, violence, conflict and, in extreme cases, killings, says Katia Chirizzi, deputy representative for Southeast Asia of the Office of the United Nations High Commissioner for Human Rights.

An already precarious existence for many indigenous communities has now been complicated by the impact of the Covid-19 pandemic on their wellbeing, livelihoods and health.

"Despite their best efforts, the world continues facing the loss of forests, much of it on indigenous territories," said Francisco Cali Tzay, the special rapporteur on the Rights of Indigenous People at the UN.

"In the face of the Covid-19 pandemic, indigenous people around the world experience difficulties in defending their rights and face a high rate of socio-economic marginalisation, and are more vulnerable than others." 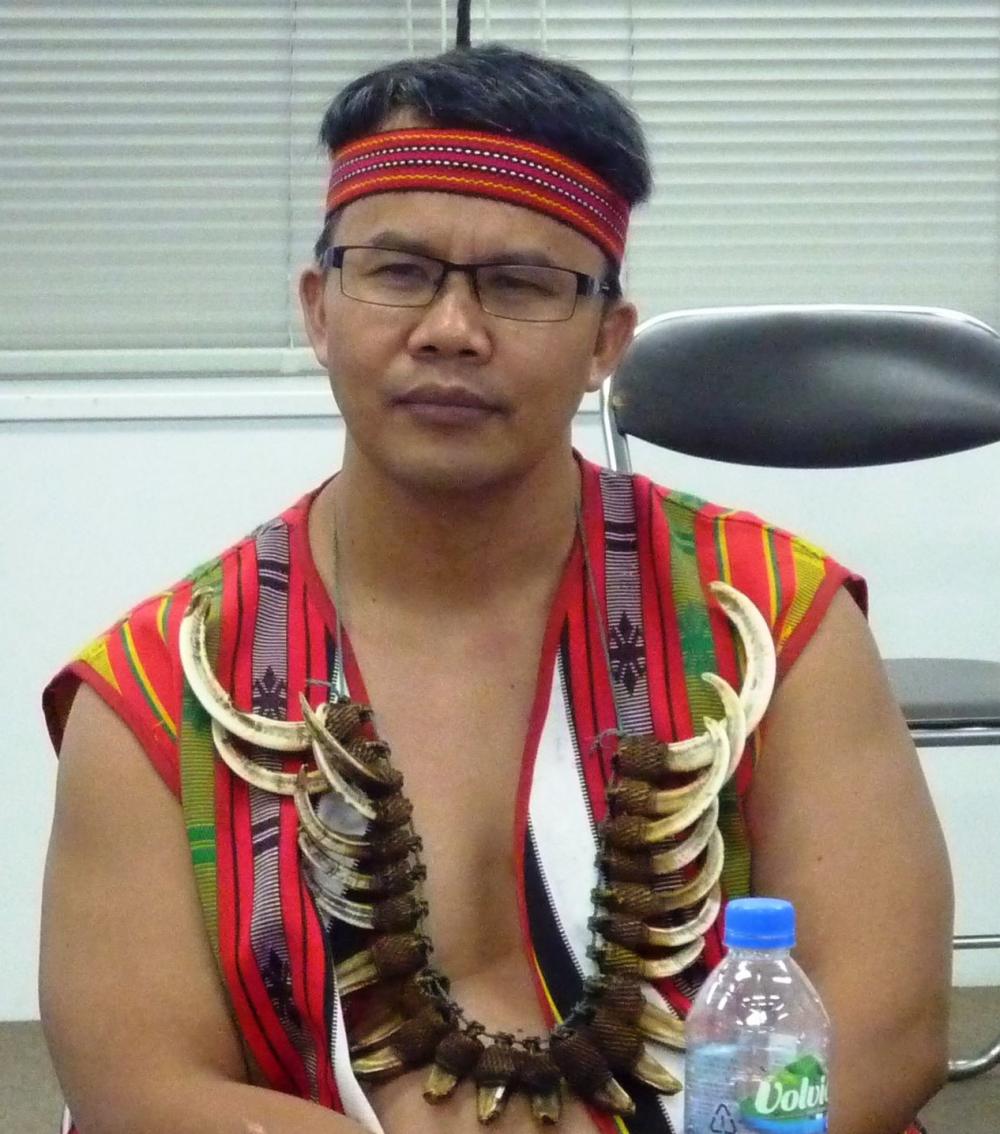 Extrajudicial killings of indigenous environmental activists are rampant in the Philippines, says Windel Bolinget, chairman of the Cordillera Peoples Alliance.

The Kaqchikel of Guatemala, a Mayan tribe in which Mr Cali is rooted, are struggling to cope with the spread of the pandemic as their access to health systems is limited. Meanwhile, other disruptive impacts of the pandemic are affecting their food security and natural resource management.

Tereza Zapeta, a Mayan woman from Guatemala, who has been working for 25 years defending the rights of indigenous women and girls, says food security and natural resources management are a major concern. Land encroachment of several megaprojects in Latin American indigenous territories affects their inhabitants' rights to land and livelihood.

The loss of land for industrial-scale mining, for example, has led to a wider disparity between indigenous and non-indigenous people. Some indigenous people have even been criminalised for resisting development pushed by national, regional and local governments. Indigenous youth and females are also facing the scourge of violence and trafficking.

Indigenous communities in Asia are facing similar challenges. That's why collective efforts to call for action, tell the world about their plight and seek ways to resolve it are important.

Those concerns were aired recently on International Day of the World's Indigenous People, which is observed each year on Aug 9. Participants from 25 countries convened virtually to reflect on the issues and challenges they faced during a series of webinars held by the Asia Indigenous People Pact. 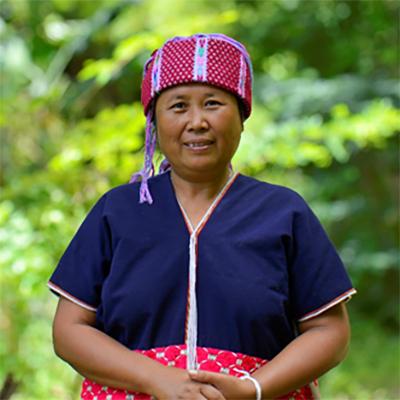 For Noraeri Thungmueangthong, chief of Huay Ee Khang, a Karen village in Chiang Mai, the forest is the "community supermarket".

UN member states adopted the Declaration on the Rights of Indigenous People (UNDRIP) on Sept 13, 2007 to enshrine the rights that "constitute the minimum standards for the survival, dignity and well-being of the indigenous peoples of the world".

Significantly, Article 3 of the declaration recognises their right to self-determination, including the right "to freely determine their political status and freely pursue their economic, social and cultural development".

Article 4 affirms indigenous peoples' right "to autonomy or self-government in matters relating to their internal and local affairs", and Article 5 protects their right "to maintain and strengthen their distinct political, legal, economic, social and cultural institutions".

Article 26 states: "Indigenous peoples have the right to the lands, territories and resources which they have traditionally owned, occupied or otherwise used or acquired," and it directs states to give legal recognition to these territories.

"The right to self-determination is our inherent right recognised by the UNDRIP. Therefore, there should actually be no need to present arguments against our rights to self-government," said Jannie Lasimbang, Assistant Minister of Law and Native Affairs in the Malaysian state of Sabah. 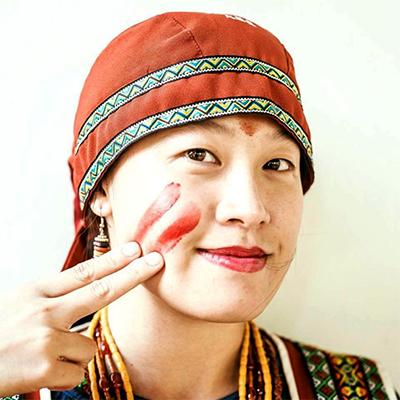 But securing the right to self-government is an uphill battle, says Bidhayak Chakma, a lawyer and indigenous rights activist with the Jumma ethnic group from Chittagong Hill Tracts in Bangladesh. The right of the Jumma to self-government as part of the state is not recognised at all in Bangladesh. To make matters even worse, he said, indigenous Jumma people are threatened and criminalised.

In the Philippines, the struggle of indigenous people to assert their collective rights to land under threat from mining encroachment has led to 86 extrajudicial killings and 84 forced evacuations from their communities between 2016 and 2019, said Windel Bolinget, the chairman of the Cordillera Peoples Alliance (CPA), an alliance of 307 grassroots organisations and allied groups in the Cordillera region of the northern Philippines.

With roots in the Kankanaey and Bontoc indigenous groups from Mountain Province, Mr Bolinget is known as an environmental activist and a human rights defender. He was also included on the "terrorist" list of the Philippine Department of Justice in 2018, but his name was dropped from the list in 2019. However, he insisted the movement to preserve and protect indigenous values and knowledge will continue despite the hardship campaigners have faced. 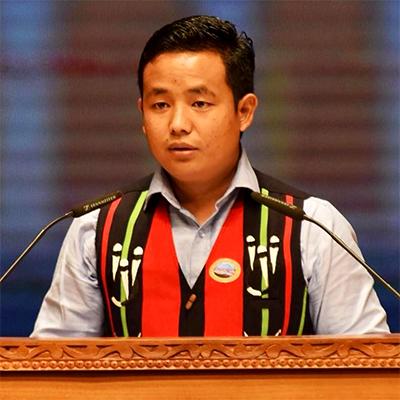 Ke Jung, director of the Indigenous Peoples Partnership in Myanmar, wants to see a bigger role for young people.

As chief of Huay Ee Khang village in Chiang Mai, Noraeri Thungmueangthong says the Karen indigenous group to which she belongs, always protects and nurtures soil, water, forests and natural resources as they are the "community supermarket".

Ms Noraeri is among the evidence showing that indigenous people can help safeguard resilience and sustainability.

One lesson learned from the ongoing Covid-19 pandemic is that those having access to forests and rights over lands and territories are more resilient, can contribute to relief work and support other communities in need.

"Self-determination is our inherent right," says Jannie Lasimbang, Assistant Minister of Law and Native Affairs for the Malaysian state of Sabah.

Rukka Sombolinggi, secretary-general of the Indigenous Peoples Alliance of the Archipelago (Aman) in Indonesia, the world's largest indigenous people's organisation, said indigenous people are highly resilient as their foodstock availability can last for over six months.

"We can take care of ourselves and others, while the current economic structure is failed and no longer feasible," she said.

However, monocropping practices, especially rubber planting and encroachment of oil palm cultivation, are threatening indigenous populations in Indonesia and Malaysia.

In the Philippines, meanwhile, 230 of the 447 approved mining applications are on ancestral territories, encroaching on at least 542,245 hectares of ancestral lands. These megaprojects are still ongoing.

According to the Food and Agriculture Organization (FAO) of the UN, 70% of all land is unregistered. Most of this land is in developing countries. However, indigenous people still have no rights over their lands. Regrettably, priority given to private investment has driven indigenous people into poverty and conflicts, while human rights violations and food insecurity are widespread.

To address these issues and help governments to understand the system, Marianna Bicchieri, a human rights lawyer and land tenure officer at the Asia Pacific office of the FAO, says the agency has supported a series of activities and evidence-based policy dialogue to create consensus and enable governments to understand and recognise the rights of indigenous populations to land administration systems.

Joan Carling, an indigenous activist from the Cordillera region of the Philippines, said that enabling indigenous people to secure and control land used for making their living would go a long way to meeting Target 2 -- zero hunger -- of the UN Sustainable Development Goals 2030.

However, the world is lagging when it comes to seeking solutions that reflect sustainability of the kind needed by indigenous people. Indigenous people themselves needed to step up efforts to protect their lands and form stronger alliances with other sectors to demand greater accountability, survival and development. 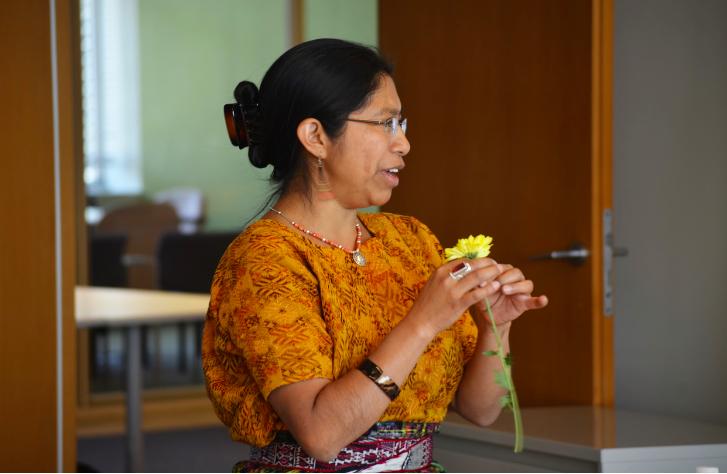 Indigenous children and youth have much to contribute to the world as empowered individuals with a profound understanding of their indigenous identity, cultural heritage, sustainable living and connection to their lands and territories.

At the same time, many indigenous youth face immense challenges including loss of identity and solidarity, the erosion of values and identity, as well as continued struggles to ensure their rights and identity as indigenous peoples.

Su Hsin, a young indigenous civil engineer and activist from the Papora community in Taiwan, said technology can pay a role in bridging understanding between the older and the younger generations.

Photographing cultural rituals in the Papora community was once strictly prohibited. As the world changed, her community began to accept and adopt technology as part of the culture. Their way of life and culture can now be recorded and shared with the rest of the world. This way, the younger generations can be proud of their unique identity and pass on cultural knowledge and values to others.

In fact, the leadership role of young people needs to be given more recognition, believes Ke Jung, founder and director of the Indigenous Peoples Partnership (IPP) based in Myanmar and a member of the Asia Indigenous Youth Platform (AIYP).

Platforms should be available for youth to have opportunities to participate in the policymaking process, as the challenges facing the global community and indigenous populations also affect them.

"We too can help the elders sustainably carry on our cultural identity and knowledge to the next generation," he said.